And now for something a little bit different. We don't usually post much from food markets, but on a fairly recent trip to Myanmar, the food markets we encountered in the country's capital, Yangon, were too colourful and vivid not to share. 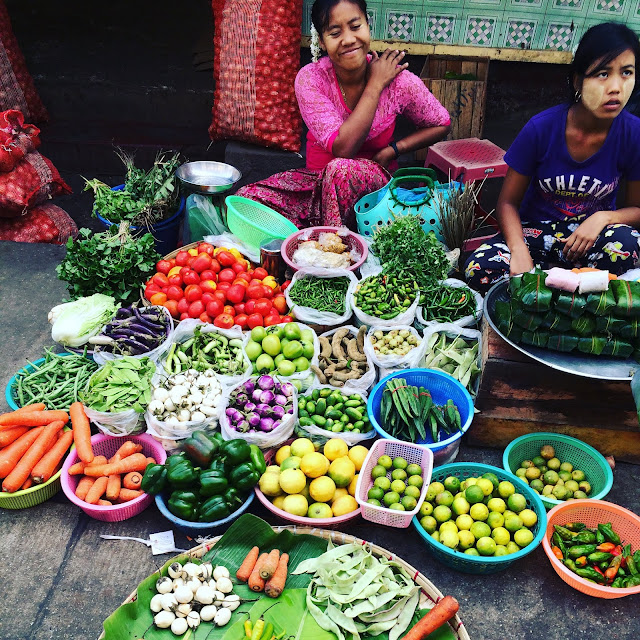 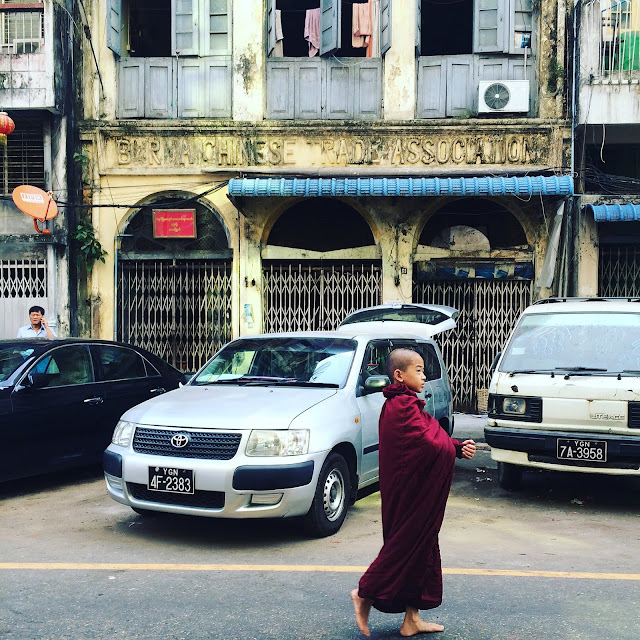 When we travel, we do some of the tourist stuff, but mostly we like to wander around cities like locals (as much as possible - little chance that we wouldn't stand out like sore thumbs in Myanmar, to be honest). We prefer to soak up the atmosphere and discover corners of places that you don't find in the guidebooks. 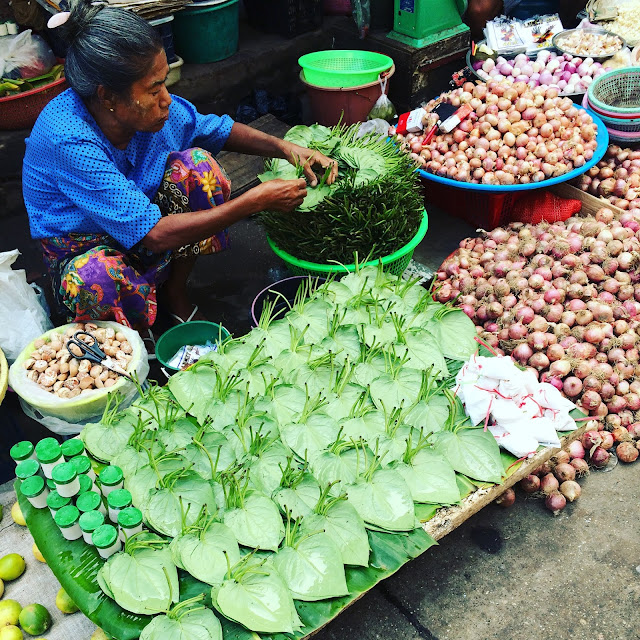 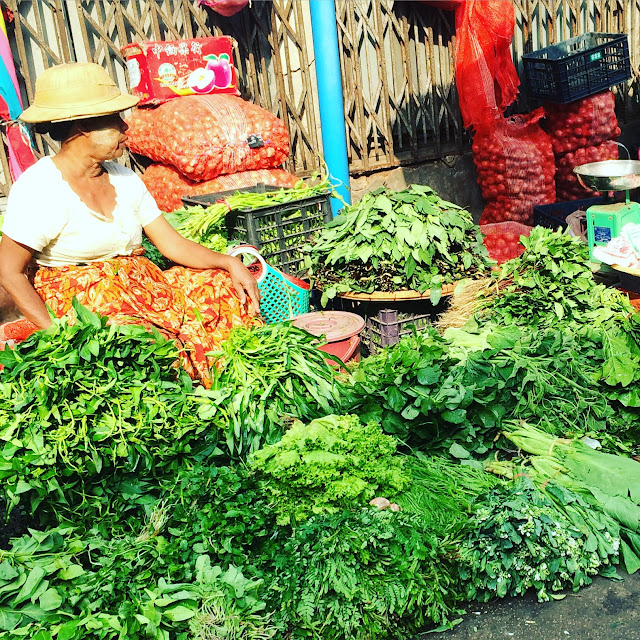 This food market was one such place. We can't tell you the address, or location, not because we're being terribly secretive but because we actually have no idea - we chanced upon it one morning after a few hours walking around Yangon's busy streets. 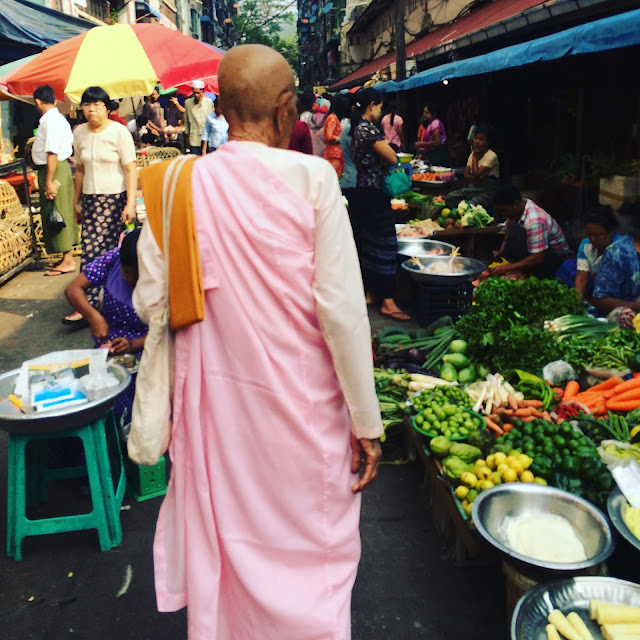 The market was vast, with not so much stalls as sellers seated on the ground with fruits, vegetables and animals (poultry and fish, mainly) laid out in front of them. We only knew what about half the fruit and vegetables were - but that's half the fun, isn't it?
Labels: Asian Further Afield Markets Myanmar Street Food