Skip to main content
Labels
Posted by A December 10, 2018

Austria, alongside schnitzel and antifreeze in the wine, is also known for its coffee houses. While this is most typical (and prevalent in Vienna), you do find it elsewhere in the country. Legend has it that the Turk turned up to besiege Vienna in 1519, and while they didn't get hold of the city, they did leave a taste for coffee behind when they left. However coffee arrived though, by the early 20th century the coffee house had become an Austrian institution, and famous ones in Vienna such as Cafe Landtmann and Cafe Central became were intellectual hubs, where luminaries used to come, see and be seen and discuss politics and literature. Freud, Mahler, Schnitzler and even Leon Trotsky frequented these places on a regular basis. 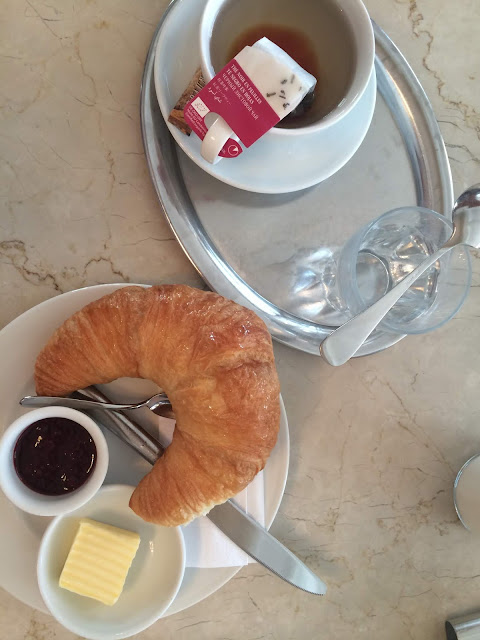 Not being in Vienna however, we had to make do with Salzburg's equivalent, and went to the Cafe Bazar, a traditional Austrian coffee house, which has been serving fine brews since the 19th century and according to the guestbook has been frequented by such luminaries as Marlene Dietrich, Hugo von Hoffmansthal, Stefan Zweig and Arthur Miller - not a bad client list.

Cafe Bazar is about as traditional as they come - dark wood, leather banks, newspapers on wooden frames, waiters in starched collars and waistcoats - in short, it's like stepping into a time warp. Service is quiet and efficient, and the staff are scrupulously polite, even when you turn up, as A did, looking like a bit of a ragamuffin. 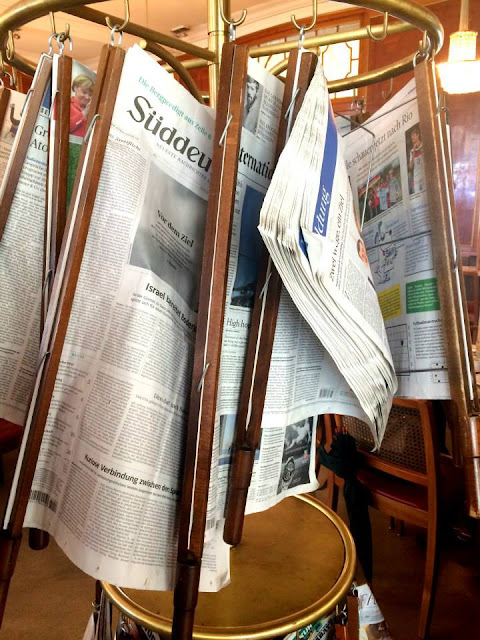 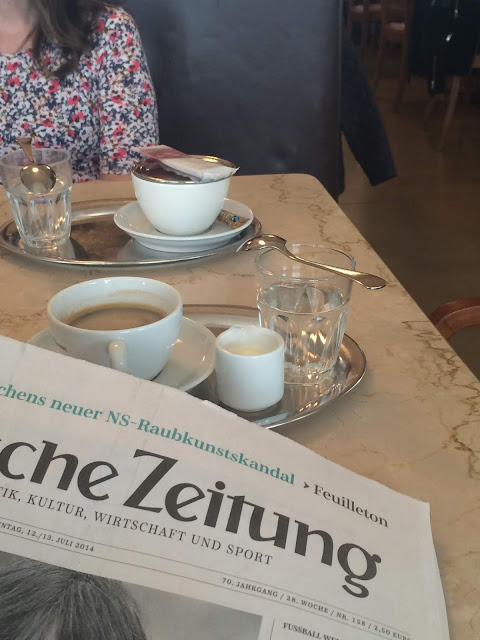 The savoury breakfast was delicious. The roll came warm and was some of the lightest, fluffiest bread A has encountered. Likewise, the eggs were done to absolute perfection: runny on the inside and no hard bits in sight. The croissant too was brilliant: light and buttery and served with the most marvellous strawberry preserve. The tea was excellent, but the coffee was something else as the serving of a coffee in an Austrian cafe is a piece of culinary theatre. The coffee comes on an oval silver tray, with a tumbler of water on top of which rests the spoon. The coffee was good, but it didn't matter as it was so well presented that A just didn't care.

Cafe Bazar was expensive, the two rather small breakfasts came to around €15, but we felt it was worth it for the atmosphere. We lingered over the papers, ate and drank out fill, and soaked up the atmosphere, charging our batteries for a good day of sightseeing... 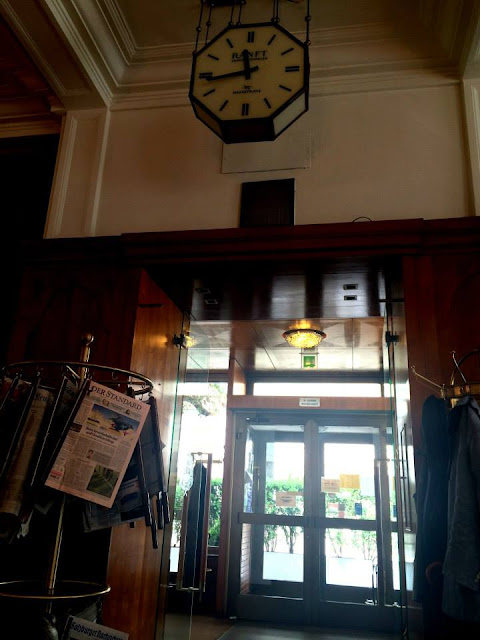