The long cold spell London's been suffering from in recent weeks has had us pining for the summer and the sunshine. As a result, we've been dreaming about getting a dose of good weather later in the year and we've been reminiscing about last year's delights too. 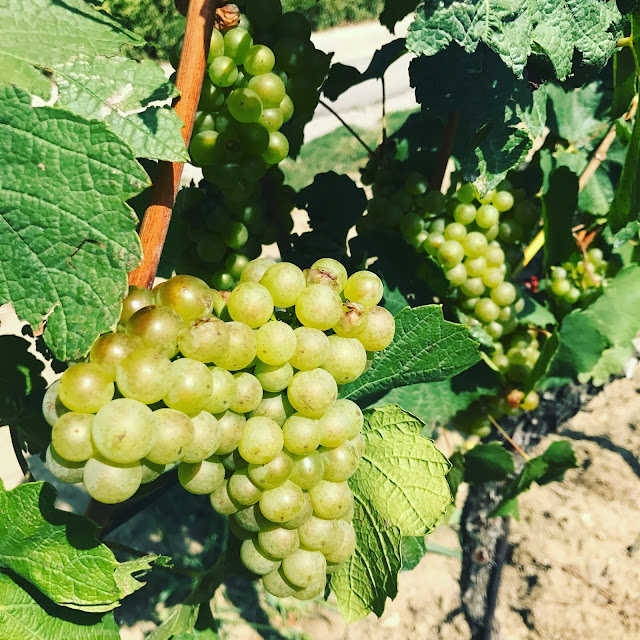 This got us thinking about Austria, where we seem to go on a remarkably frequent basis. Unlike previous visits, where we've been to more rural parts of the country, we went to the Big Smoke (Vienna), to get a taste of the country's more cosmopolitan side. That said, we did get our dose of the countryside here too, when we took a day trip out of town and into the Wienerwald (the Vienna Woods).

Despite the name, this isn't in fact all forest. Large amounts of it have been cleared to make way for viticulture and the hills on the outskirts of the city are covered with vines. In August, when we went, they were heavy with fruit, ready for the September picking season.

Due to a quirk of Austrian law (which allows vintners to sell wine directly from their own vinyards without a liquor licence), the vineyards are also full of Heurigen, little sheds of varying degrees of sophistication which sell wine by the glass for a couple of Euro apiece, as well as little snacks, cheese boards and the like. You can even buy wine by the case and get it shipped home if you want.

The day we went for our walk was extraordinarily clear and absolutely sweltering. Getting up the mountain was a struggle in the heat and humidity but we were handsomely rewarded with lashings of gruener veltiner and astonshing views.

If you find yourself in Vienna on a summer's day, there are few better ways to while it away than getting the tram out to Nussdorf, and going for a stroll from there.