There’s a lot going on in both our lives right now, and because we’re so busy we can’t be bothered to cook as often as we normally would. Fortunately, Zing Zing stepped up to the plate (pun intended) and kindly offered to deliver us a sample takeaway. 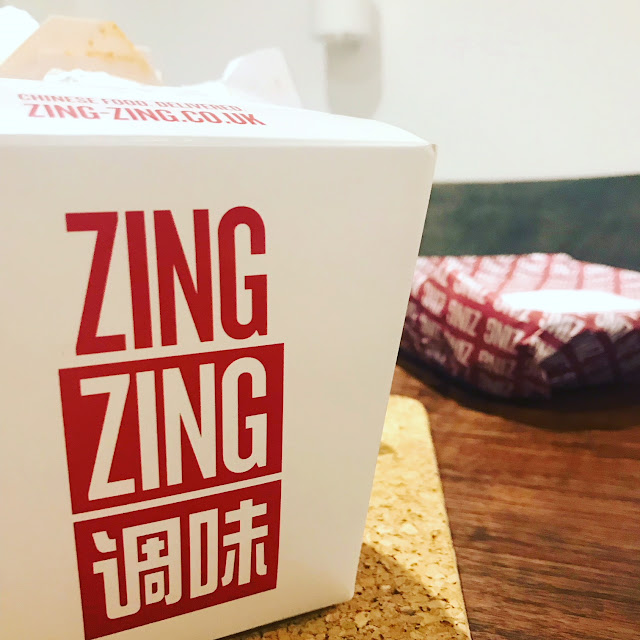 Zing Zing is a small chain of Chinese take-out joints, currently operating out of Highbury, Kentish Town, Kensal Rise and, for those of us who are based south of the river, Elephant and Castle. Their mission is to provide high quality, wok fresh Chinese takeaway without the MSG. A worthy aim if ever we saw one.

Sadly, they don’t deliver to Greenwich from Elephant and Castle (there were worries that the food would be cold on arrival), but old pal J, who lives near Angel, allowed us the use of his kitchen in exchange for a share of dinner. In any event, if there's a takeaway in involved, it wouldn't be right not to ask J along. He's a takeaway aficionado. So much so in fact that, despite having moved into a new place some six months ago, he's still not turned on the hob. The stakes were high… 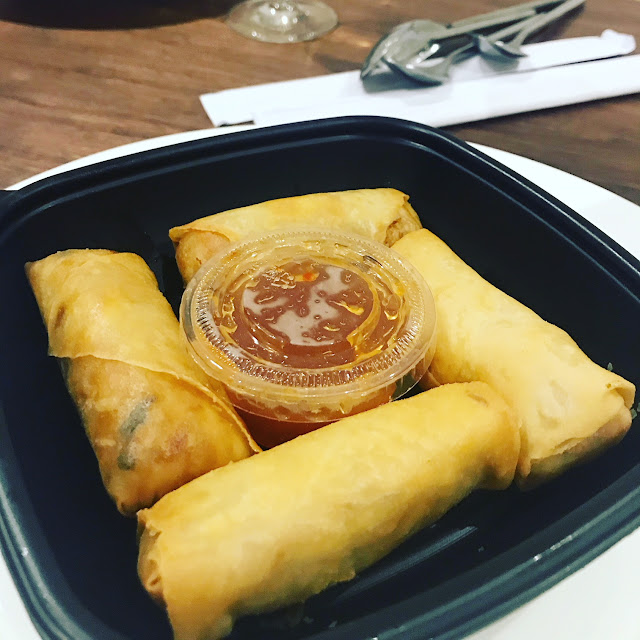 We received two starters (coconut dipped cauliflower and vegetarian spring rolls), two mains (a box of chunky chili beef strips and another box of sesame glazed chicken, each with rice) and two desserts (baonuts and banana and Nutella spring rolls). 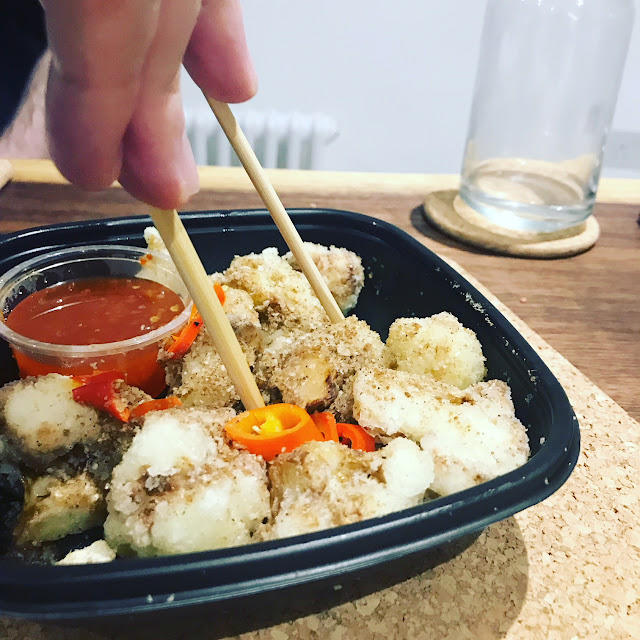 The spring rolls were rather good. They were crispy and flavourful (if a little heavy on the old oil) but the cauliflower was to our minds the best of the pair: crispy, crunchy and light, sweet and spicy. The balance of flavours was really lovely. Both the mains were also very tasty, with the chili beef really standing out. Again, the balance of the soft meat, the crispy batter, the sweetness of the sauce and the heat of the chili all worked really well together. 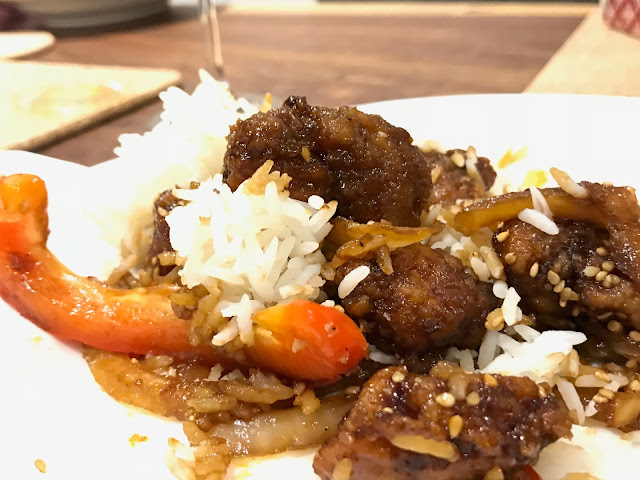 To our surprise (Chinese takeaways are not really known for this), the desserts really stole the show. We’re not sure that a Chinese person would be able to recognise either dish we received as a Chinese dessert, but it doesn’t matter as they play to the tastes of Londoners extremely well. Baonuts are deep-fried milk buns dusted in cinnamon and sugar and were fab. Soft, chewy, aromatic, they worked great with a side of that perennial Chinese favourite: custard. 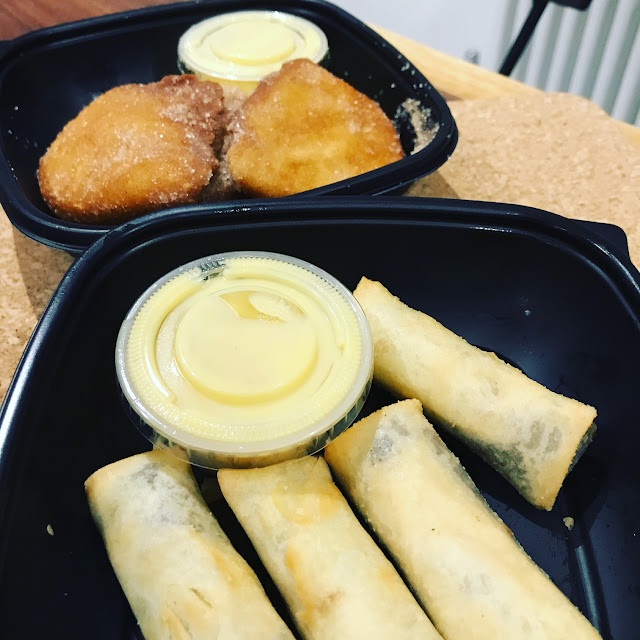 Best of all though were the banana and Nutella spring rolls. We weren’t convinced by the name, but they really worked! Gooey and chocolatey on the inside, crunchy on the outside and in one of those classic flavour combos (with an added touch of saltiness from the pastry to boot), it’s worth ordering a Zing Zing takeaway for these alone. These too come with a side of custard, which really adds to the whole experience. Having seen other friends who live up near Islington this week, it transpires the spring roll desserts are a well-known local thing – everybody loves them roundabout – we’re clearly out the loop out in Greenwich.

The acid test though, was J’s palate. The verdict from J: “I’d order from them again”. Seriously, there is no higher accolade than this so well done to Zing Zing, and thanks again for dinner.

Featured Content: A & C did not pay for any of the food featured in this review but did not accept any additional payment for this post.
Labels: Asian China Chinese Dinner London North London Review South London Takeaways Under £20pp