Skip to main content
Labels
Posted by A September 03, 2017

It's fair to say that Kings Cross has transformed over the past few years. What used to be a regrettably seedy area has turned into a cool, almost trendy few adjacent courtyards filled with new builds and converted warehouses, each boasting a vast array of eateries.

It may be perplexing for us London old timers to reappraise Kings Cross, but we're rapidly doing so. And aside from the problem that it's nigh on impossible to get a reservation anywhere, the restaurants are of a high standard: Granger & Co is truly excellent, deserving of all its praise, and the likes of German Gynasium and Caravan continue to be solid choices too. 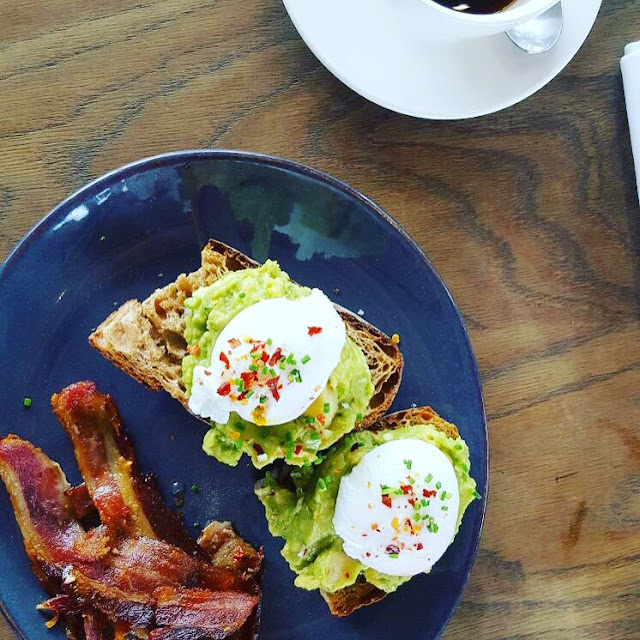 The Lighterman is another such joint. On Granary Square, it's pretty achingly trendy from the outside: all floor to ceiling glass boxes and minimalist design. We'd been meaning to go for a while, but hadn't quite made it as yet, and so when arranging a Sunday brunch date with North London-based friends I and R (and baby D), it seemed a good choice.

After an average Americano and a pear juice, our mains arrived. A's choice was the blogger roll-your-eyes cliché of smashed avocado with poached eggs on toast and a side of bacon. They tasted as expected, and pretty much as you'd get anywhere in zone 1 and 2, and arrived arranged prettily and Instagram-ready. A little twist piqued A's interest - paprika sprinkled on the top, giving it a pleasant little kick. 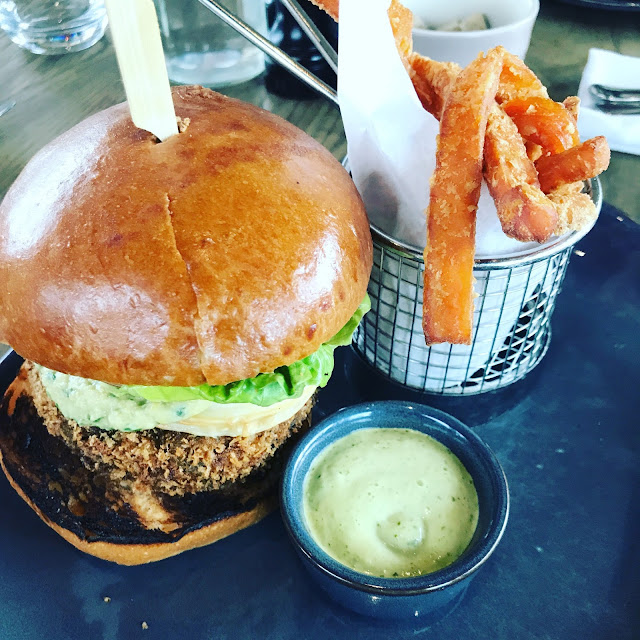 In contrast, mostly-veggie C opted for a pea and courgette burger, served up with baby gem lettuce, goat's cheese (yum) and coriander hummus, and a side of sweet potato fries. The sweet brioche bun was good, but the burger was so huge (see photo) that it was impossible to squish down small enough to actually eat whole. C ended up having to ditch the bun and eat the burger and toppings on their own.

The burger itself was flavoursome, albeit a little too on the dry side: it fell completely apart when cut into, making it a bit of a challenge to eat. Tasty all the same. 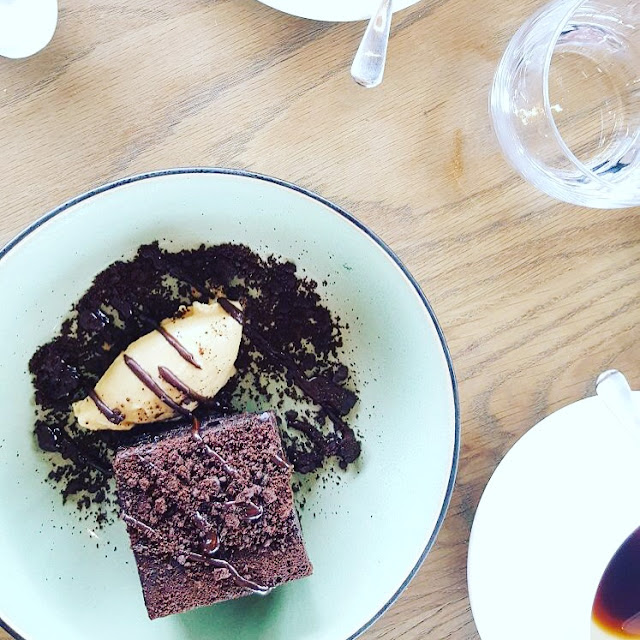 Truth be told, the highlights were the desserts. We almost didn't go for them, but we're glad we did, and you should too. A's choice here was a chocolate brownie: stodgy, sticky and rich, it was a delight, and top marks for the trendy chocolate soil and pretty presentation.

The lemon meringue cheesecake really stole the show though: tart and zingy, with sweet sharp meringue on top, and again beautifully presented. A must-have! 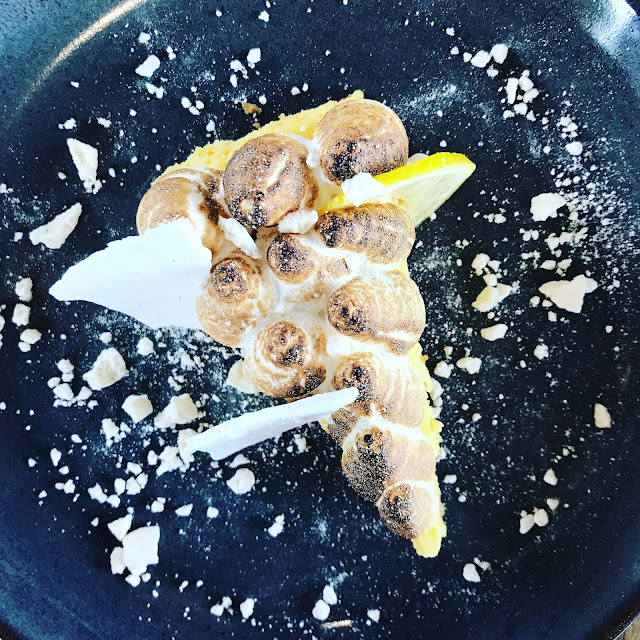 Atmosphere was buzzy on a Sunday lunchtime, albeit a little too loud (probably the echoes of the glass box didn't help) and the service was almost painfully slow (we had to ask to order twice, having been seated for 20 minutes). A shame, when the food really was above average, particularly the post-dinner treats.

All in all, The Lighterman is a good choice in these parts. While some venues around Kings Cross may just edge it - Granger & Co is still a real favourite - it's a solid choice, with good mains and excellent desserts. Just come here if you don't mind a leisurely lunch with laid-back, almost horizontal, service.
Labels: British Brunch Dinner European London Lunch Sunday Lunch Under £20pp Under £30pp Vegetarian