Deptford seems to be going through somewhat of a re-brand, and we have mixed feelings about it. It's got very 'up and coming' lately. On the one hand, we feel saddened that the area is changing - the area that slowly nudged its way into our hearts because of its rough-around-the-edges-and-frankly-all-the-way-through-the-middle feel, which reminded us of the grittier bits of the East End where A was living when we first met. On the other hand, there is a definite upside to its growing hipsterdom: an explosion of trendy new shops, cafes, yoga studios and the like. We can't deny that it's nice to come out of our house in Greenwich and have so many new places to explore popping up just down the road. 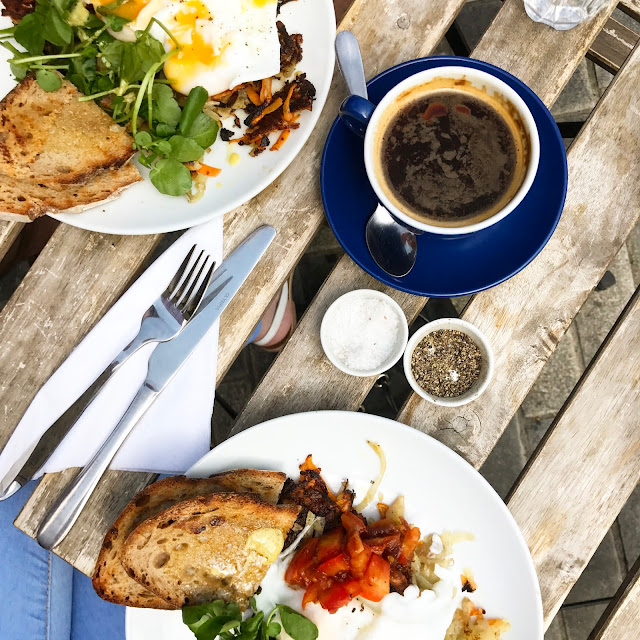 One such place is Dirty Apron, one of a number of small units making up the marketplace of Deptford Market Yard. Just next to the station, units are built into repurposed railway arches. There's everything from clothing shops to hairdressers, and the notoriously quirky, so-hipster-it-hurts South London cocktail bar Little Nan's has taken a permanent unit too (more on that another time). 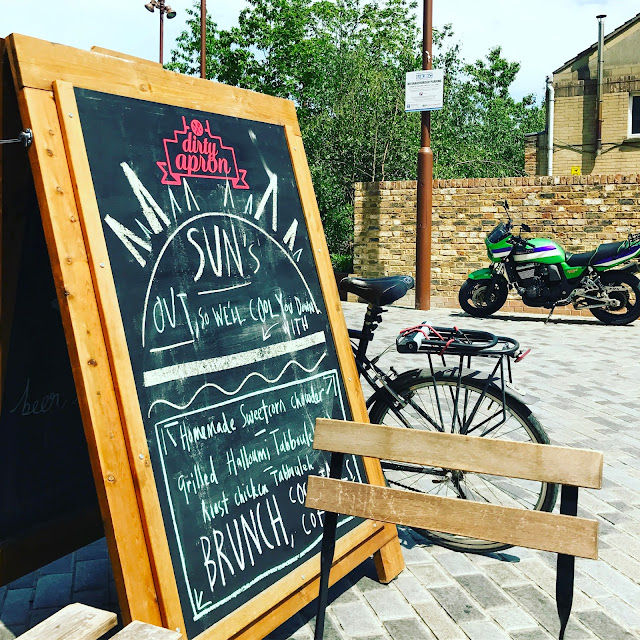 Dirty Apron is one of a number of eateries on the strip, and one we've actually been to twice in a short space of time. It does what could be considered fairly 'classic' brunch and lunch fare. The menu tells us that it started as a supper club run by two friends and now has progressed to a permanent unit selling modern seasonal British-inspired food. 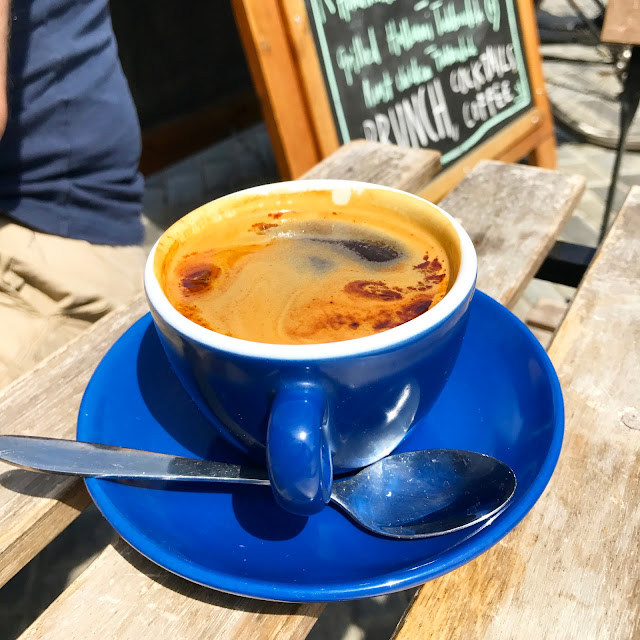 This isn't a place to come for pretentious, overly pretty food: but it's certainly a place to come for a plate of deliciousness. The first time we came we had Dirty Apron's take on a spicy, warming shakshuka on a rainy winter's morning, and it was a joy to behold. On this visit, we both had the Bubble & Squeak Hash Brown, sitting outside in the sun (an appalling lack of variety for bloggers, we know, but when the dish sounded so good we had to both order it to avoid serious food envy!). 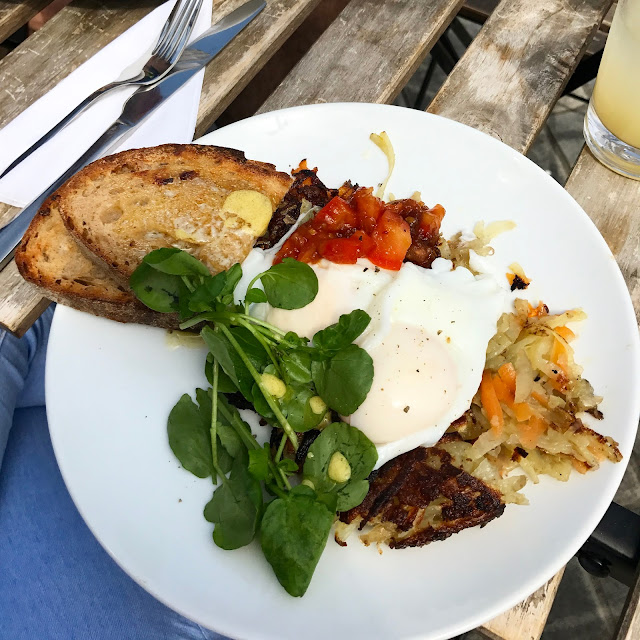 A potato, carrot and parsnip hash brown, it was served with two perfectly runny poached eggs, watercress and a spicy tomato salsa. We're a big fan of veggie breakfasts, and it was nice to see that this place has wholeheartedly embraced them too (although you could add streaky bacon as an extra, if you so desired). The tomato salsa was zingy, smooth and sweet, and contrasted well with the crispy, smoky, textured hash brown. At only £6 a pop, it was also a bargain compared to standard brunch prices in London. Washed down with an Americano so good A had to order two, and a freshly pressed apple juice, and we were very happy punters.