We fell in love with Vietnamese food when we were travelling through the country. Food is, of course, always one of our favourite things about travelling anywhere, but of all the places we've been we'd say Vietnam ranks one of the highest for its food (forming a nice top three with, we'd probably say, India and Italy).

We have done a few brilliant cookery courses around the world, but we have to say that the one we did on Thuan Tinh Island in Hoi An was probably the best. 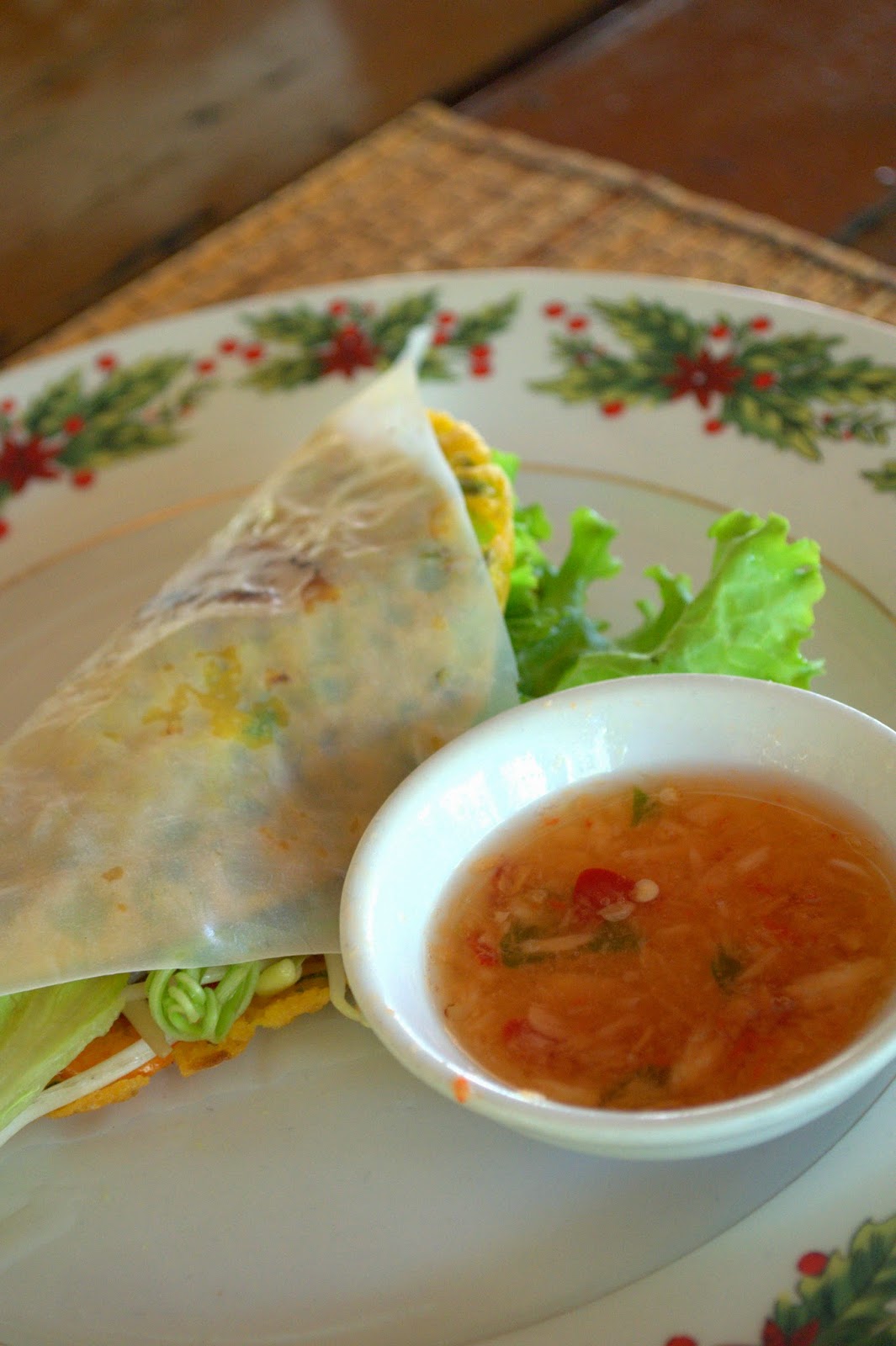 Firstly, to any aspiring travellers who have not yet made it to Vietnam, may we just preface this blog post with a quick word on Hoi An: it's one of the most magical places we've ever been, with its gorgeous ancient town. An old port city, it's resisted the modernisation that other riverside towns in Vietnam have experienced as the Thu Bon river which flows through it silted up back in the 19th century so ships could no longer access the town's docks. The result is that, in lieu of modern tower blocks, heavy traffic and Chinese-style pollution which most of Vietnam suffers from, Hoi An is home to medieval Chinese shophouses and temples, interspersed with French colonial buildings and ancient Japanese pagodas, all to be found along cobbled lantern-lit streets.

Hoi An is somewhere you just get stuck - and a good thing too, as there's loads to do, including some brilliant cookery schools. We chose Thuan Tinh as it had some outstanding online ratings, and we weren't disappointed. We wandered around the market in the morning with our teacher, familiarising ourselves with the local ingredients, and then took a traditional boat ride to a small village where we were taught how to cook a range of dishes.

One we loved and got very fond of throughout our stay in Vietnam was Banh Xeo - Vietnamese pancakes. The name literally means "sizzling cake", named after the noise it makes, and they're wonderful: crunchy, healthy, tangy and easy to make, just like all good Vietnamese food. 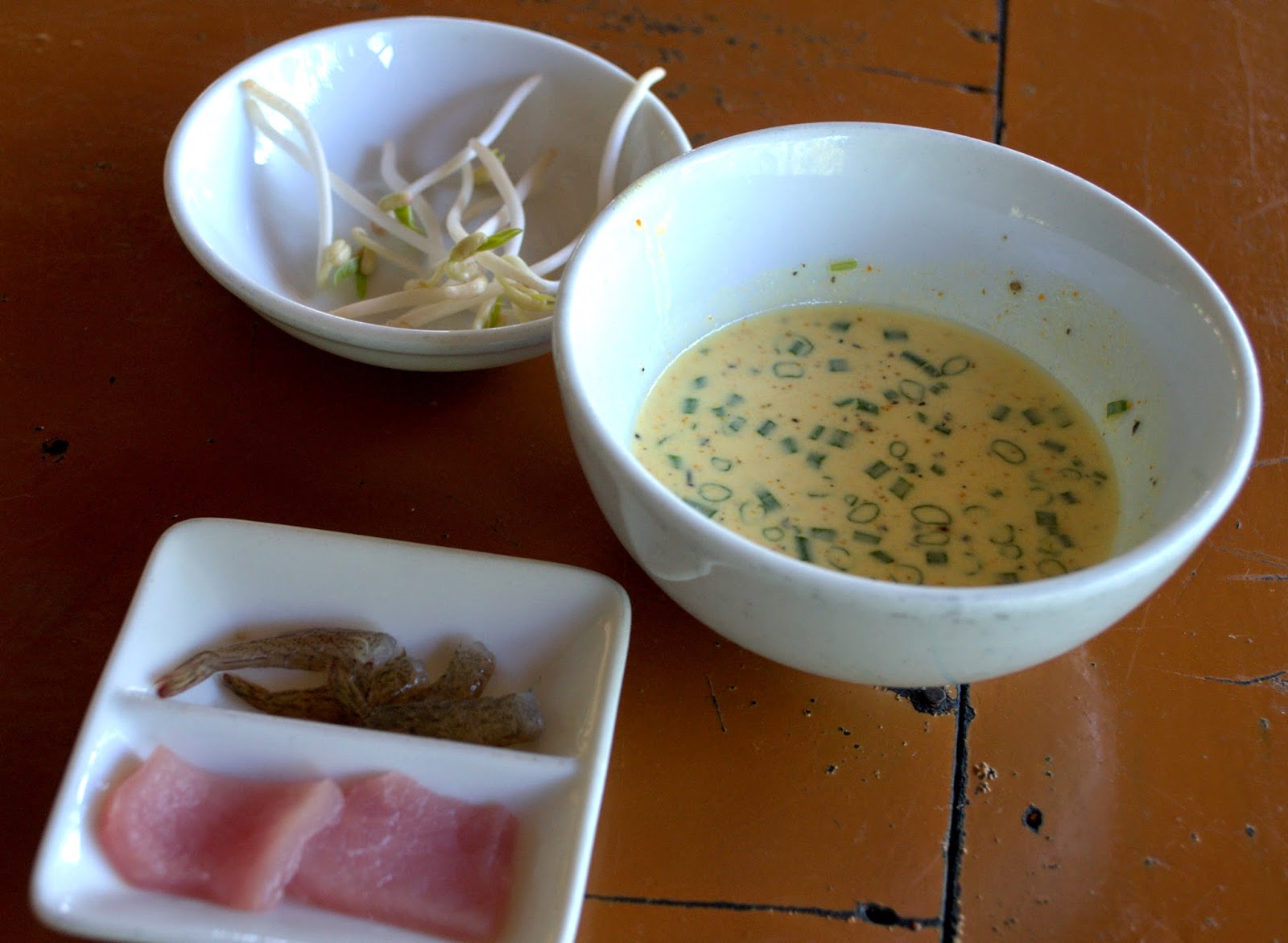 We made ours with the traditional beef, prawns and beanshoots. The batter mixture is made from rice flour, normally mixed with turmeric, coconut milk (depending on which part of Vietnam you're in) and water. You can add elements like spring onions/shallots at this point too.

Once it's all mixed together, just pour a cup full of the batter mixture into the frying pan and tilt it so it spreads evenly and thinly around the bottom of the pan. It'll soon begin to crisp, and at this point you add the shrimp, pork and beansprouts, adding a bit of oil around the edge of the pan so it doesn't stick. 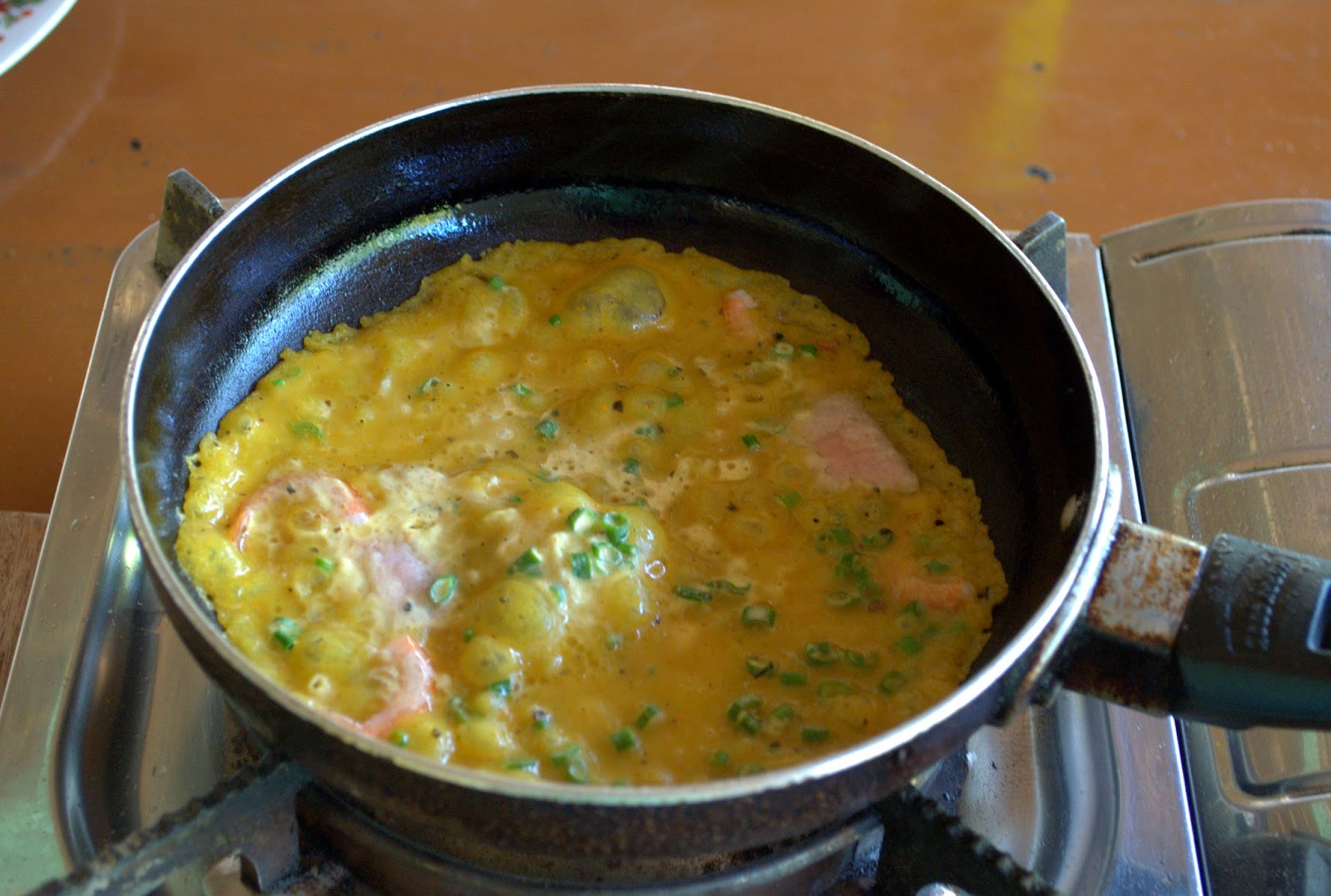 And that's pretty much it: fold the pancake in half, pop some lettuce, coriander, mint and Thai basil inside, wrap in rice paper and eat away! It's usually served with a tangy dipping sauce made from lime juice, fish sauce, garlic and chilli, just to make the whole thing even more delicious. Yum!
Labels: Dinner Recipes Further Afield Lunch Other Eats Recipes Savoury Recipes Seafood Vietnam Vietnamese