Now that we are a little more settled in Greenwich, we are finally getting back into the kitchen and cooking again. As a start and after haring around the Blackheath M&S five minutes before closing time (#middleclassproblems), A rustled up a fish pie. It's difficult to say precisely what he did, as he kind of added a dollop here and a scoop there, but this is a rough guide to the process. 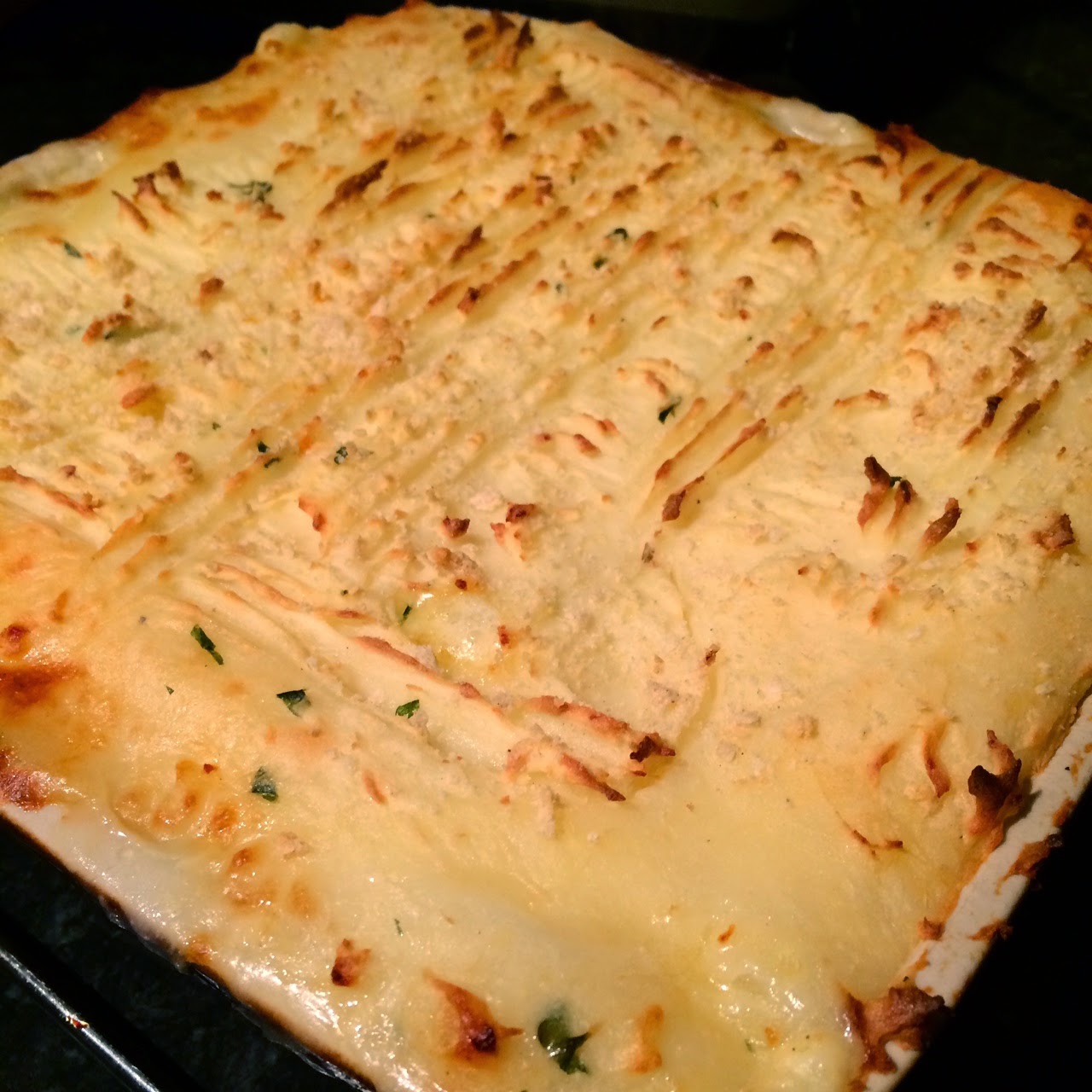 Our overseas readership may not be familiar with this quintessentially British dish. It's a pauper's meal from the coast and pretty much anything goes: you can use any fish you want, but using at least some smoked fish such adds depth of flavour that much improves the affair. The only real rule of thumb is that the topping is made with potato rather than pastry (though even this is broken sometimes). This recipe, which uses a medley of fishes, makes for 6 decent portions. 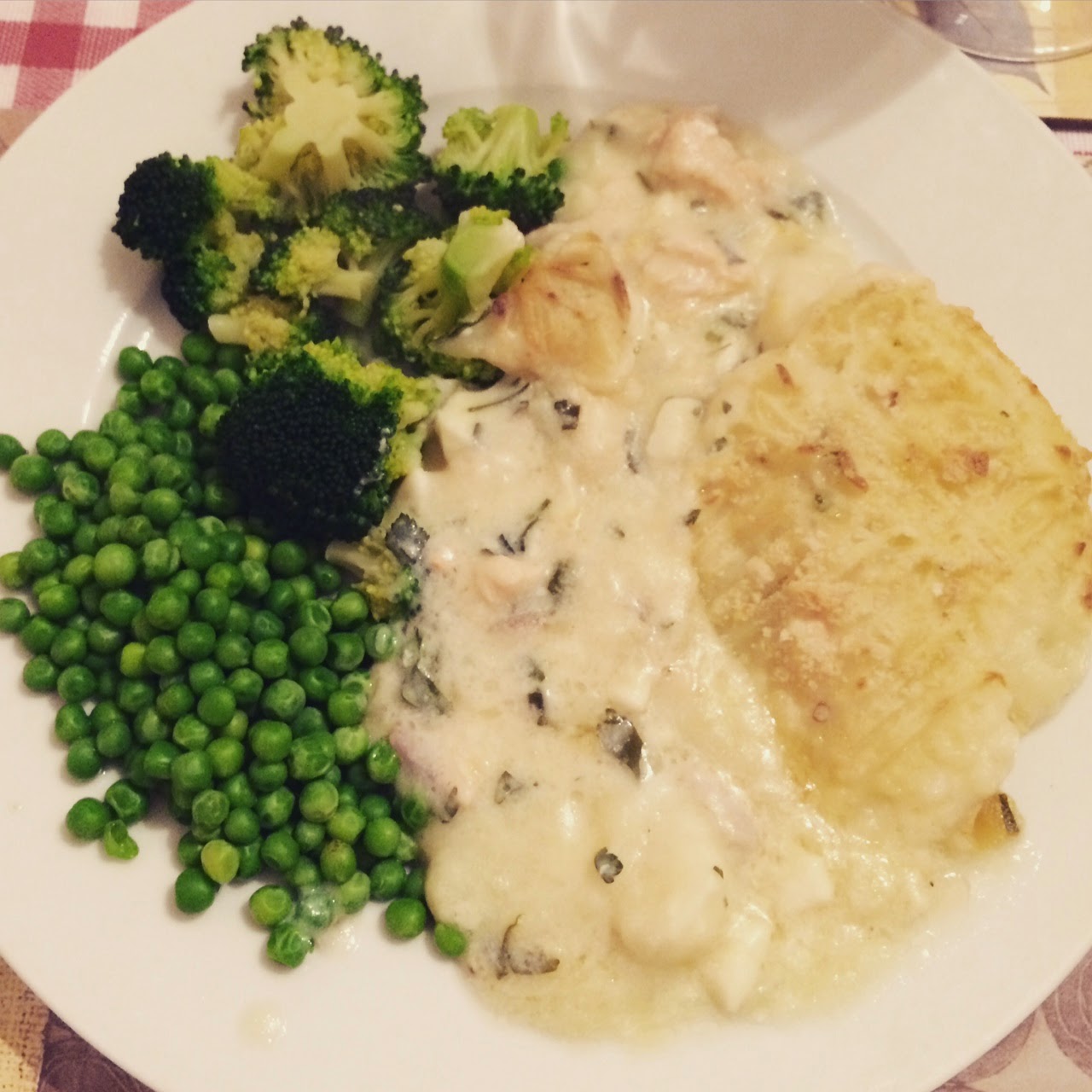 1. First, salt some water and bring to the boil, add the peeled potatoes (cut into chunks), and boil until soft. Make these into mash by adding a slug of milk and a knob of the butter and pulverise. 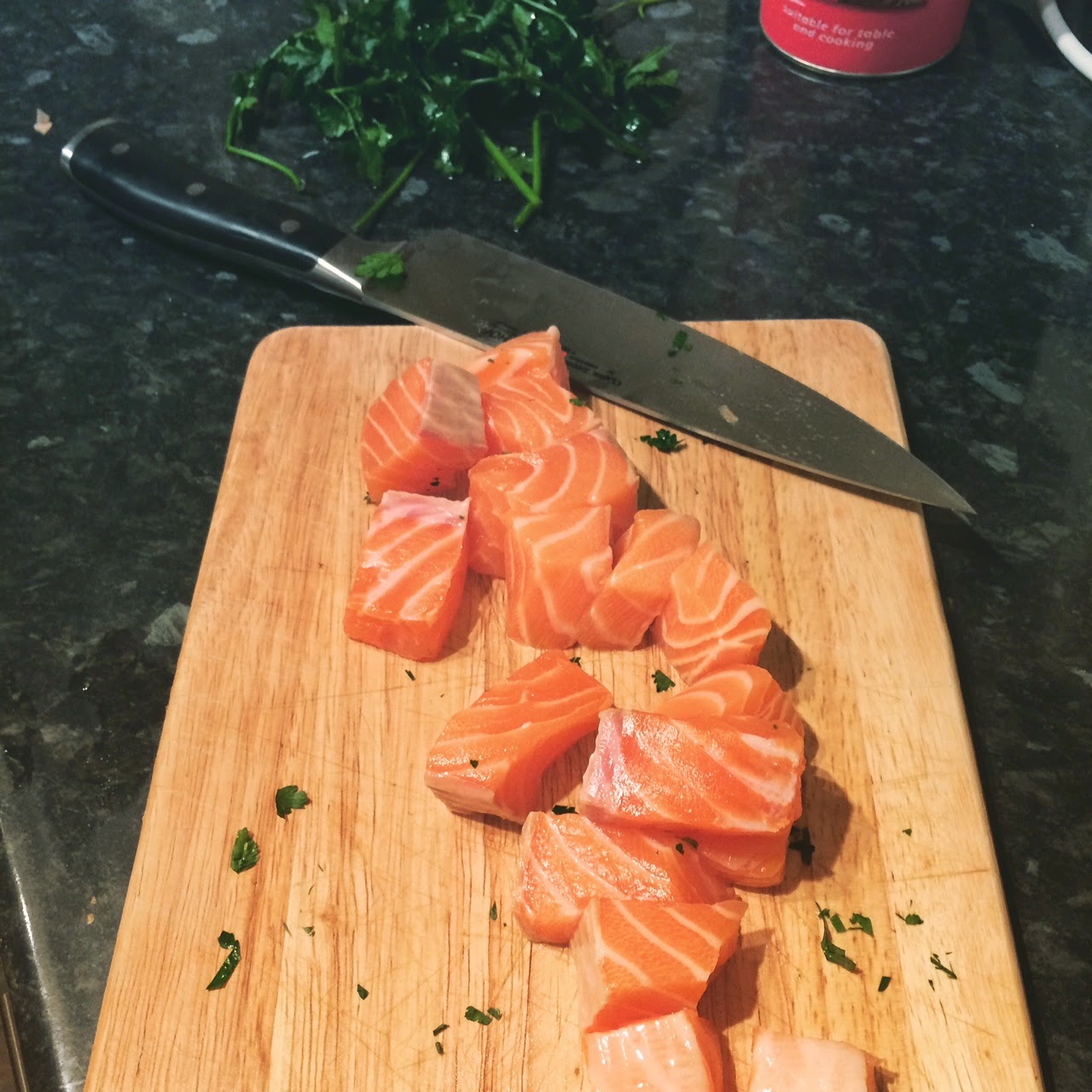 2. Take a pint of milk and bring to the boil. Add the salmon and poach for about 2.5 minutes. Remove the salmon from the milk with a slotted spoon and place in an ovenproof dish. Repeat with the haddock and again with the smoked haddock. Keep the milk simmering once the fish is poached. 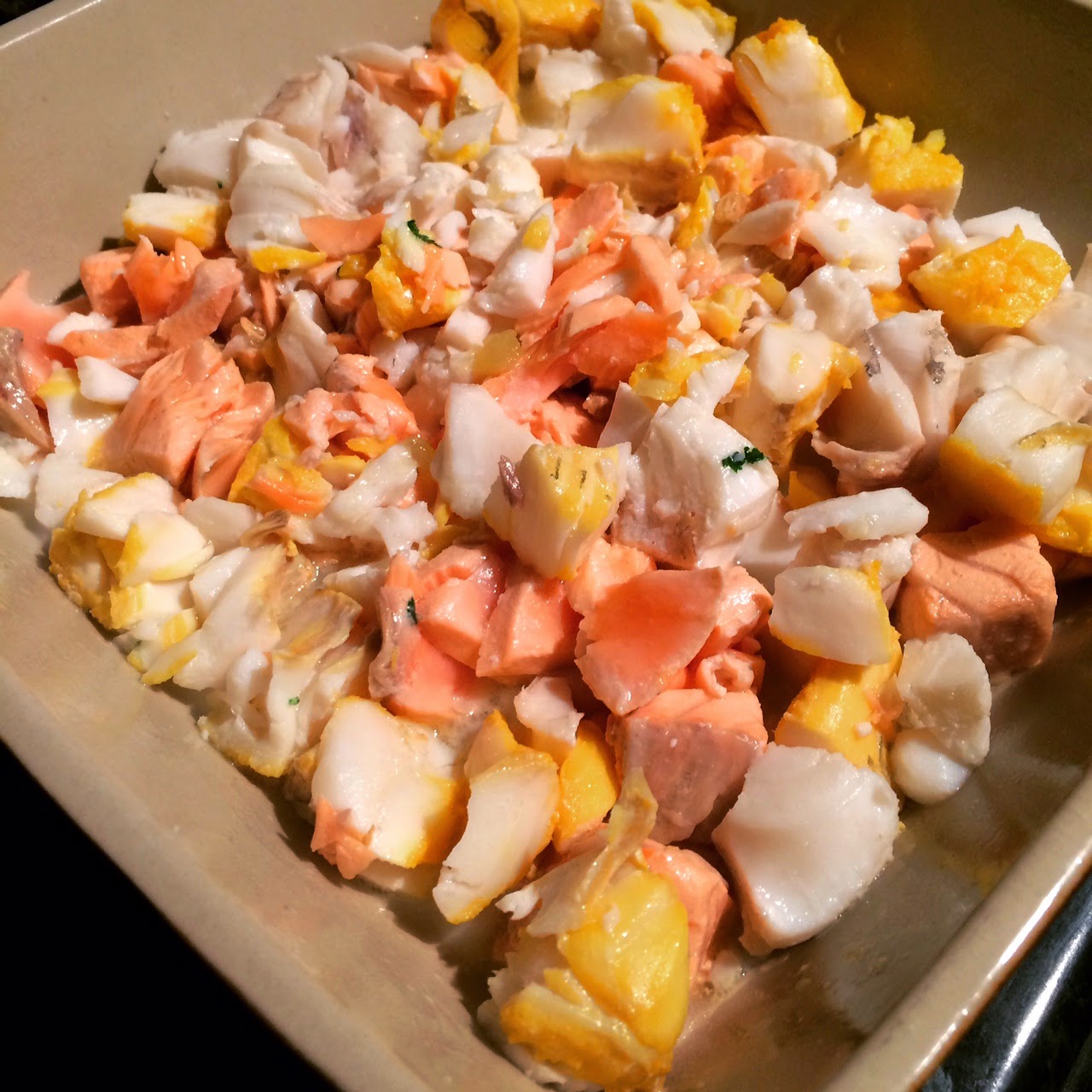 3. In a separate pan, put the rest of the butter and the parsley. Melt the butter and leave to bubble for a minute or two. Add the flour and keep stirring but do not let it go brown. Add the hot milk little by little to the parsley butter, stirring regularly. Add the entire pint until you have a thick white sauce. Leave on the hob to simmer for 5 minutes. 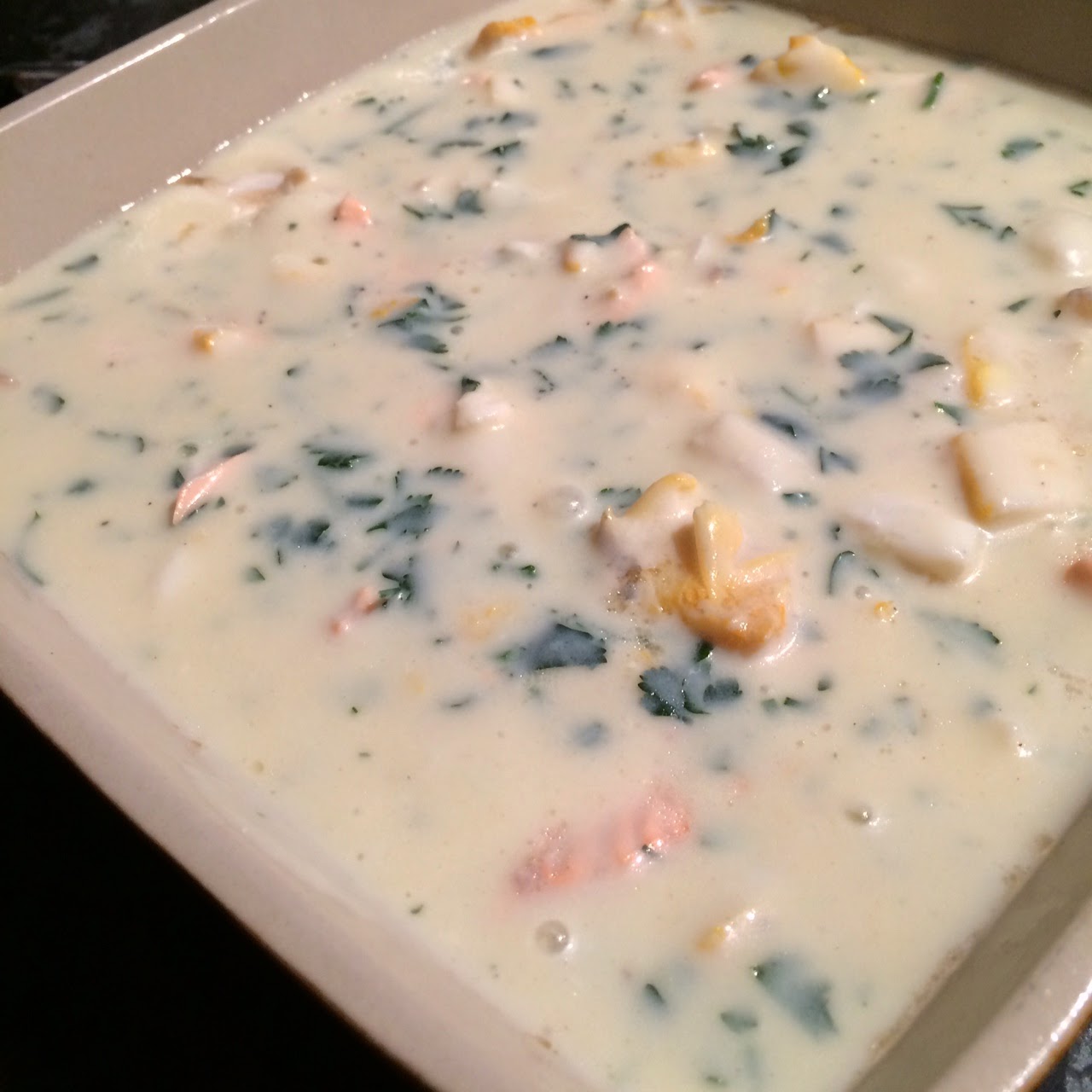 4. Pour enough sauce over the fish in the dish until the fish is covered. Spoon the mash over the top to seal. Sprinkle some breadcrumbs over the top to add some crunch and bake in the oven at about 180 (fan) or 200 (normal) for 35 minutes and serve. 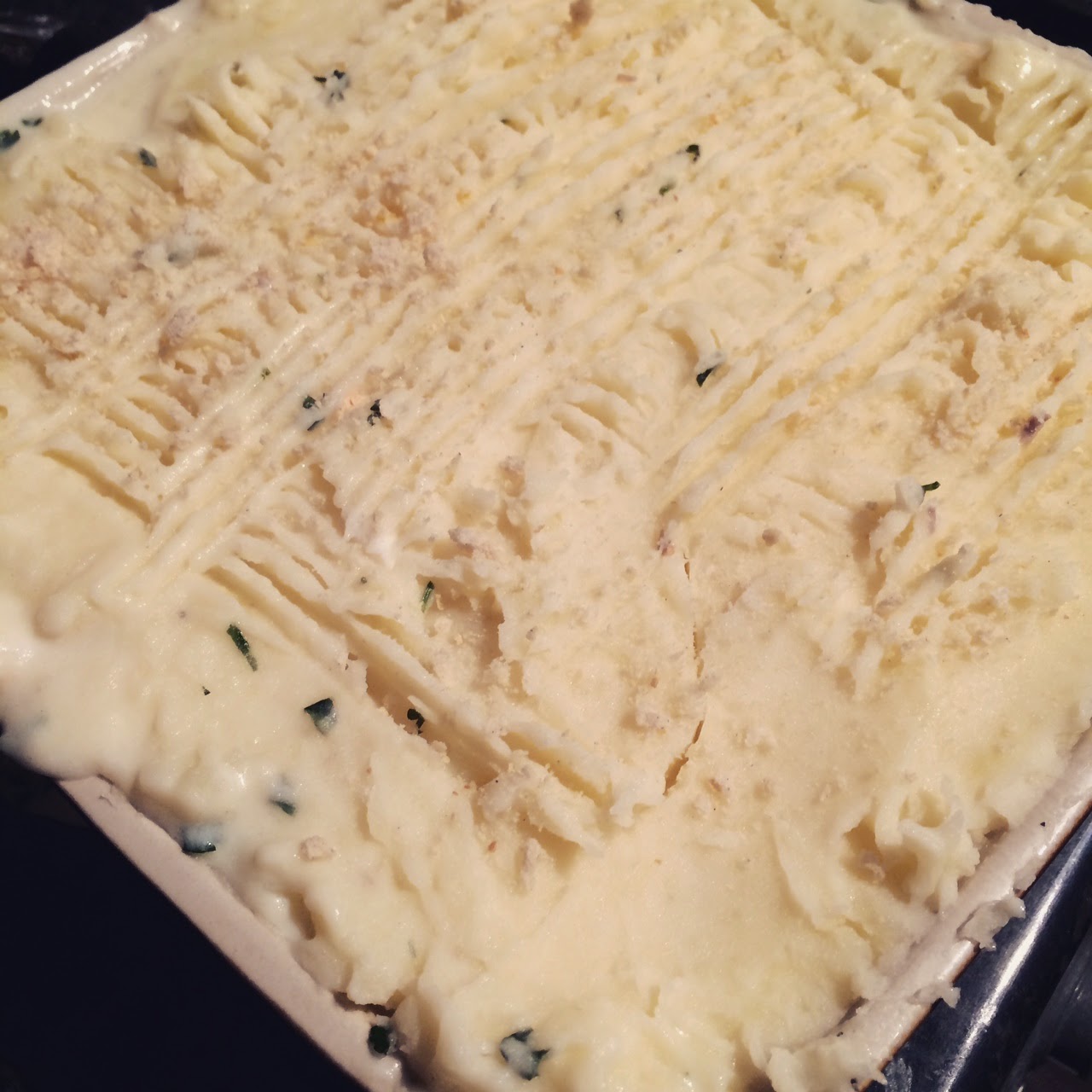 This takes about an hour but the result is a hearty favourite which is bound to be a hit with a family or with a group of friends. We will be pulling this one out a dinner party in the not too distant future. 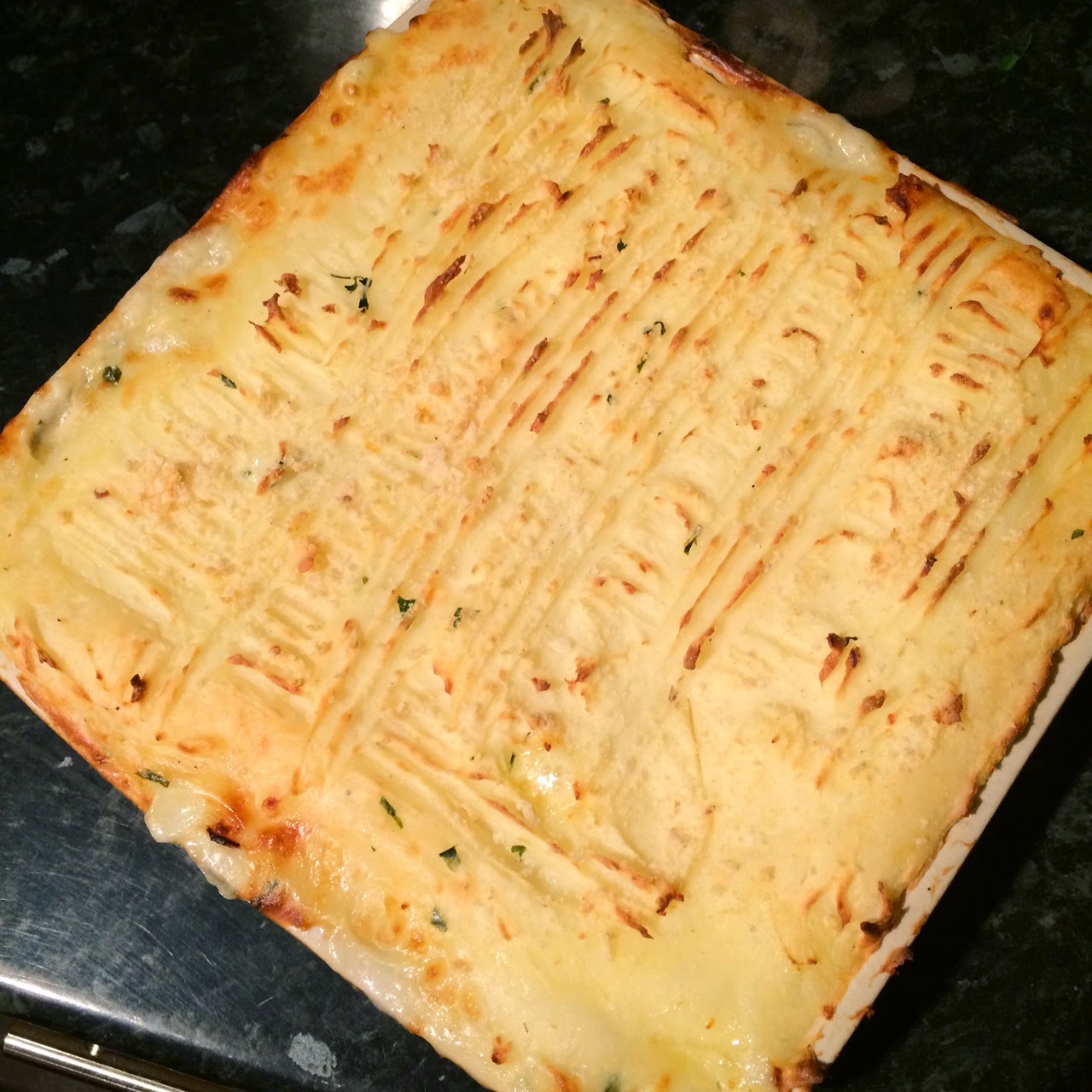