Before I went to South America, I'd be lying if I said that Chile was the country I wanted to visit the most. I was lured over there by four things exactly: the excellent poet Pablo Neruda, the excellent author Roberto Bolaño, A's insistence that I had to visit Santiago's excellent Museo del Arte Precolombiano sometime in my lifetime - and the fact that if I was going to be in Argentina, it seemed silly not to pop over to Chile at least for a bit.

I quickly fell in love with the country - the beaming, gesturing, talkative locals; the lilting Spanish; the colonial magnificence of Santiago; the colourful, vibrant port towns with funiculars creaking up steep Andean slopes and the other-worldly magnificence of Chilean Patagonia. 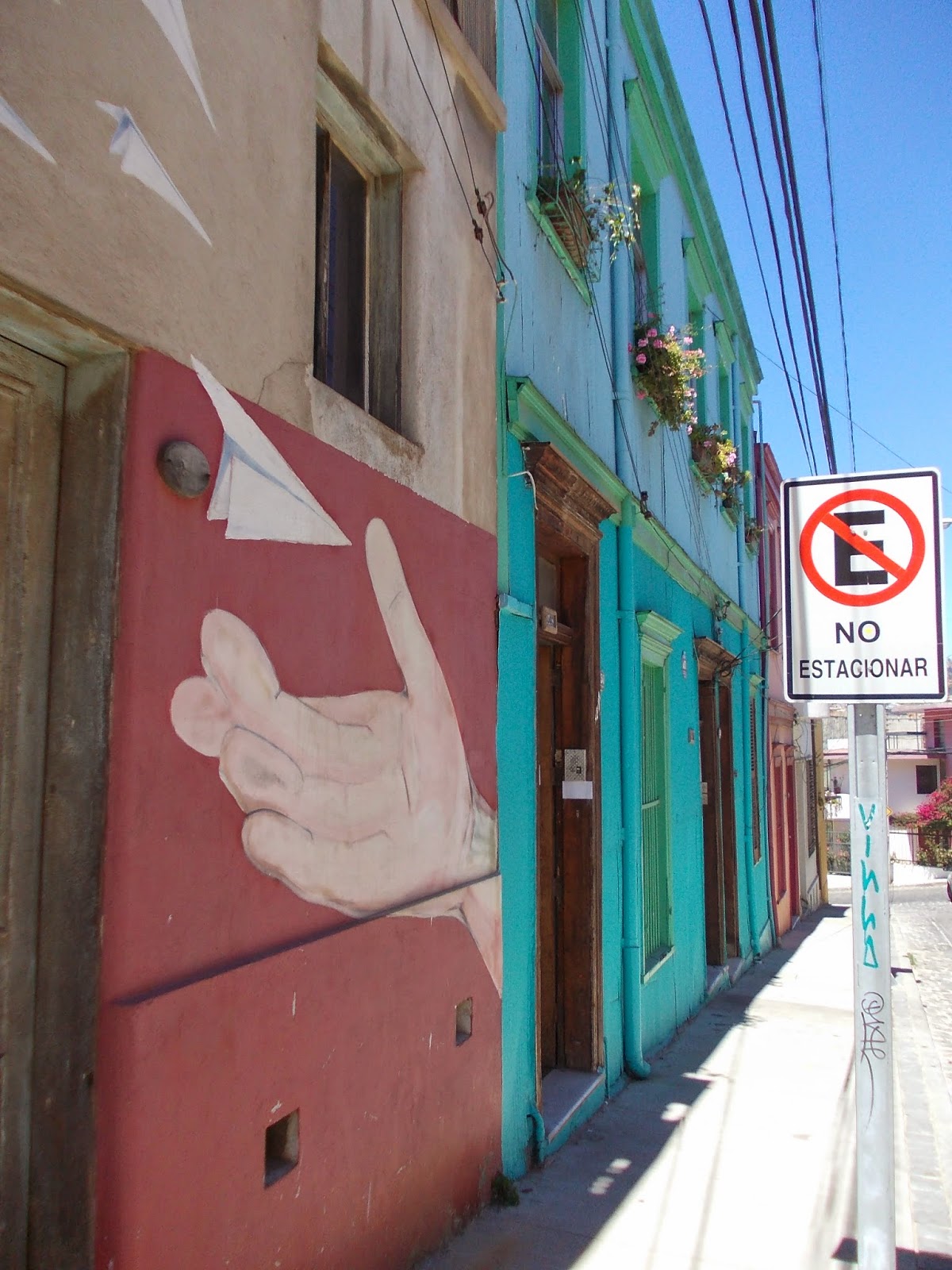 One of the things that I came to love most, though, was a Pisco Sour. 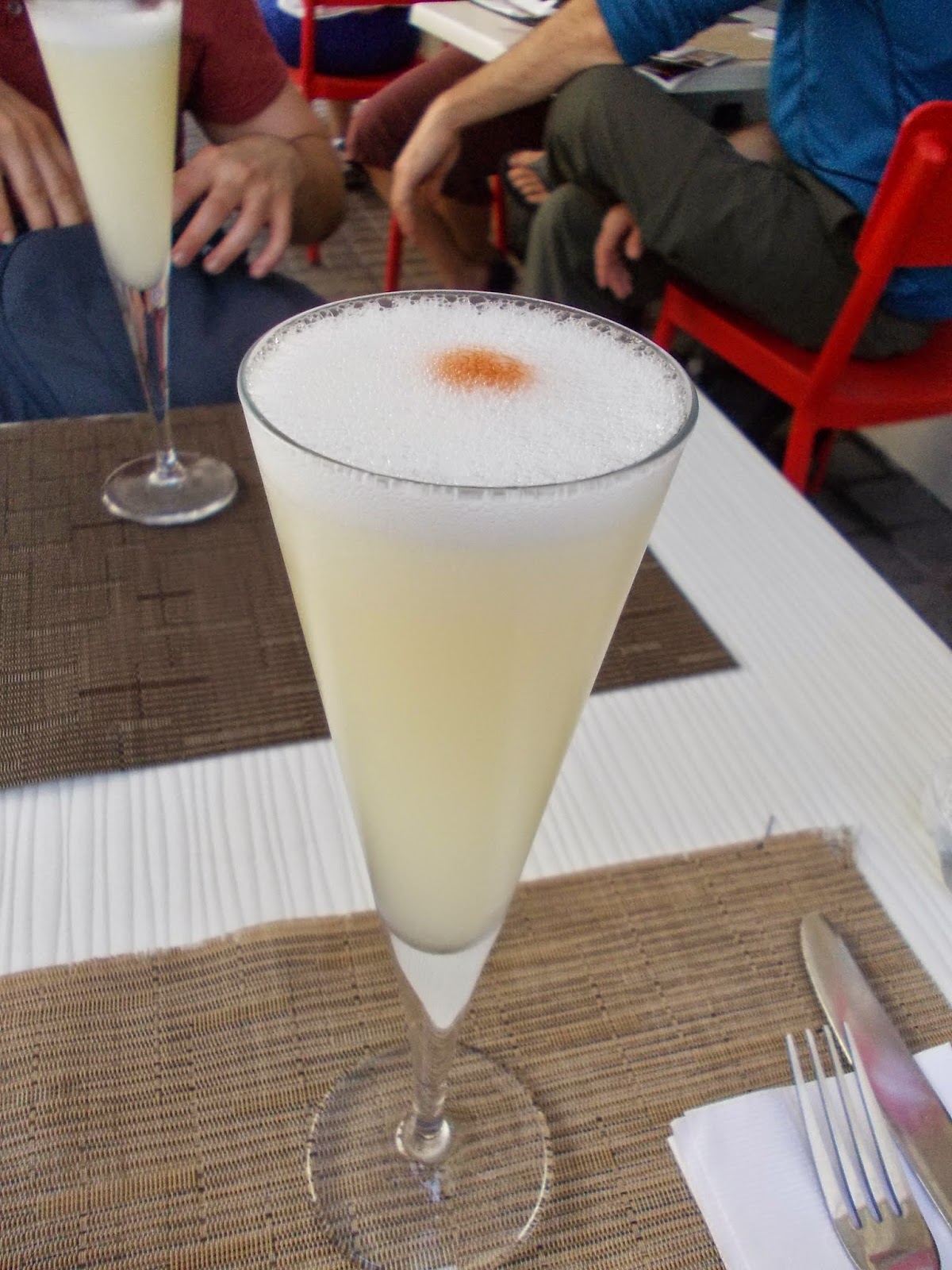 Pisco is a grape brandy (a caveat: I’m not a brandy fan, and I love it) and is a staple spirit in Chile, Peru and other regions of South America. In a pisco sour, pisco’s mixed with key lime juice, syrup, ice, egg white and Angostura bitters – and is often topped with grated nutmeg too.

Don’t be put off by this description – I would have been too, but it’s absolutely delicious, zesty and tangy and oh-so-sour. Basically: JUST TRY ONE.

There’s some discussion on the all-knowing internet that Chilean pisco sours don’t include the bitter and egg white, but from trying quite a few in Chile, I never found this to be the case. There was always a big frothy egg white topping, which was delicious.

I brought A back a big bottle of Pisco (shaped as an Easter Island statue – basically, the most ridiculous I could find) and we tried our hand at recreating a Pisco Sour the other day. Quite successful, all told! 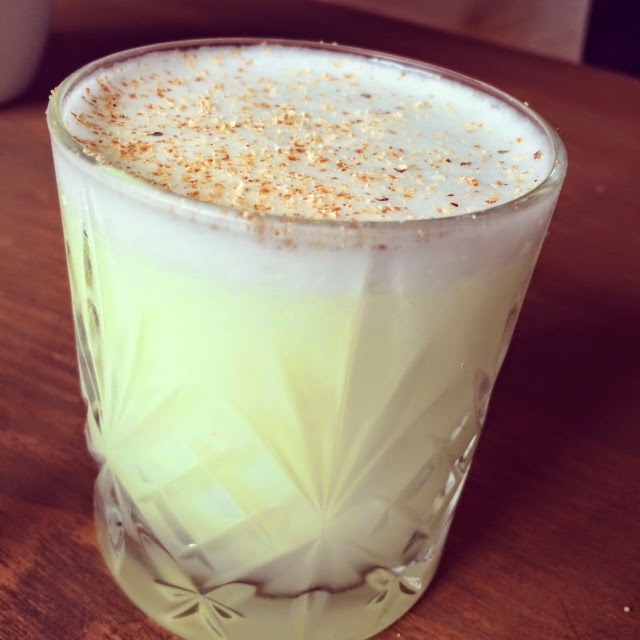 A final note: be warned that Pisco Sours are strong. I may have learnt this the hard way the morning after I had many of them in a backpacker town in the stunning Chilean countryside… 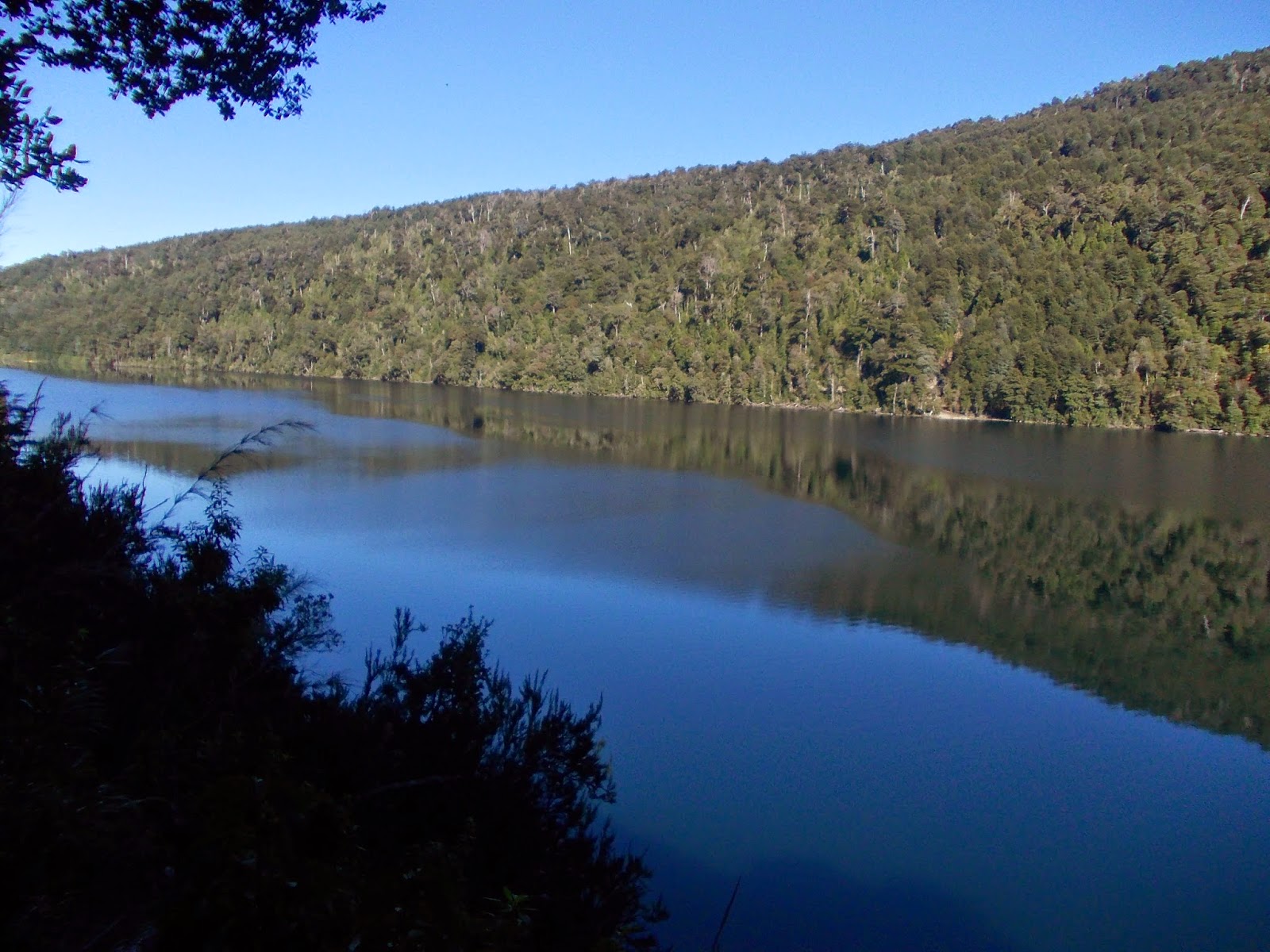 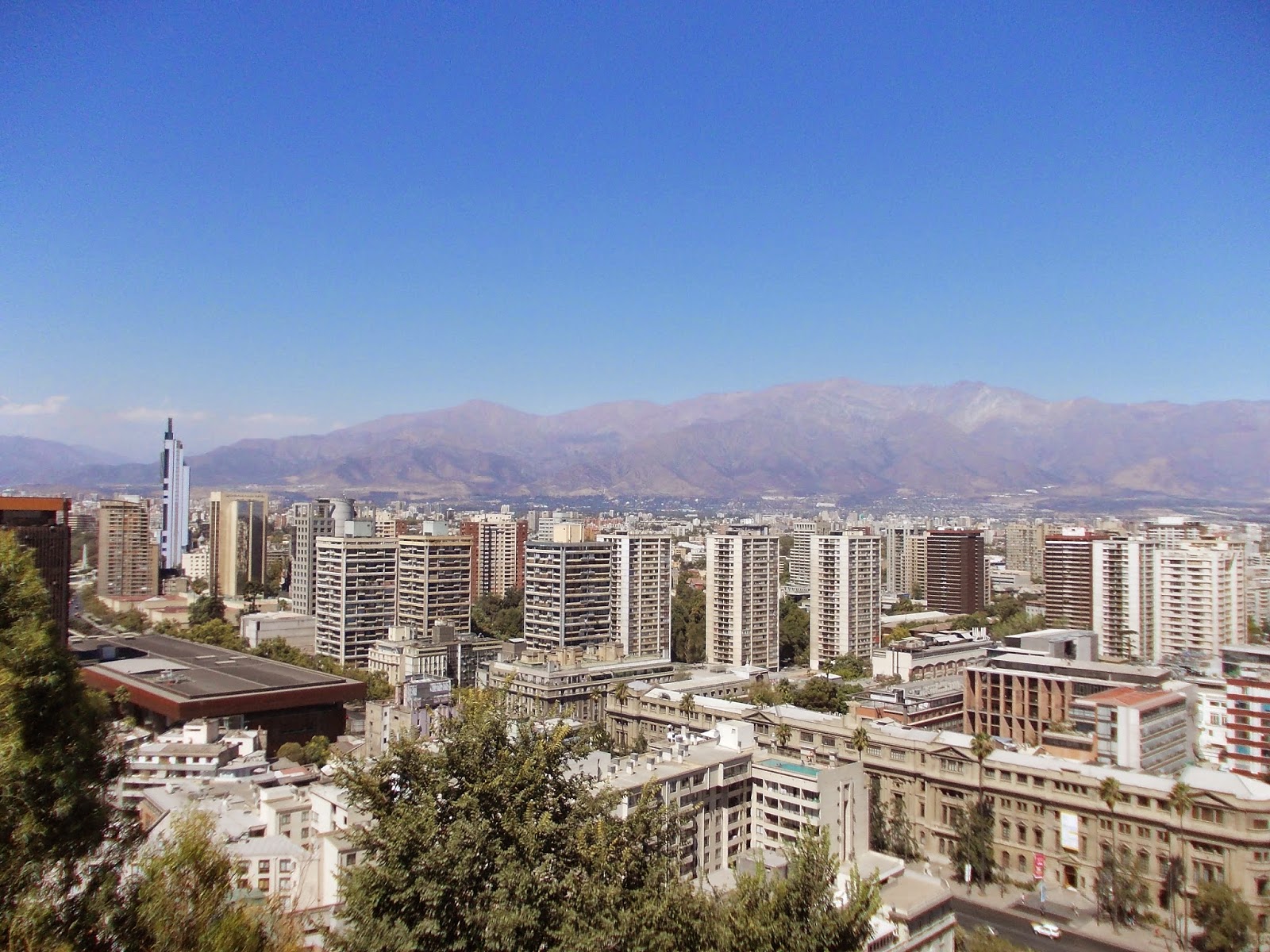 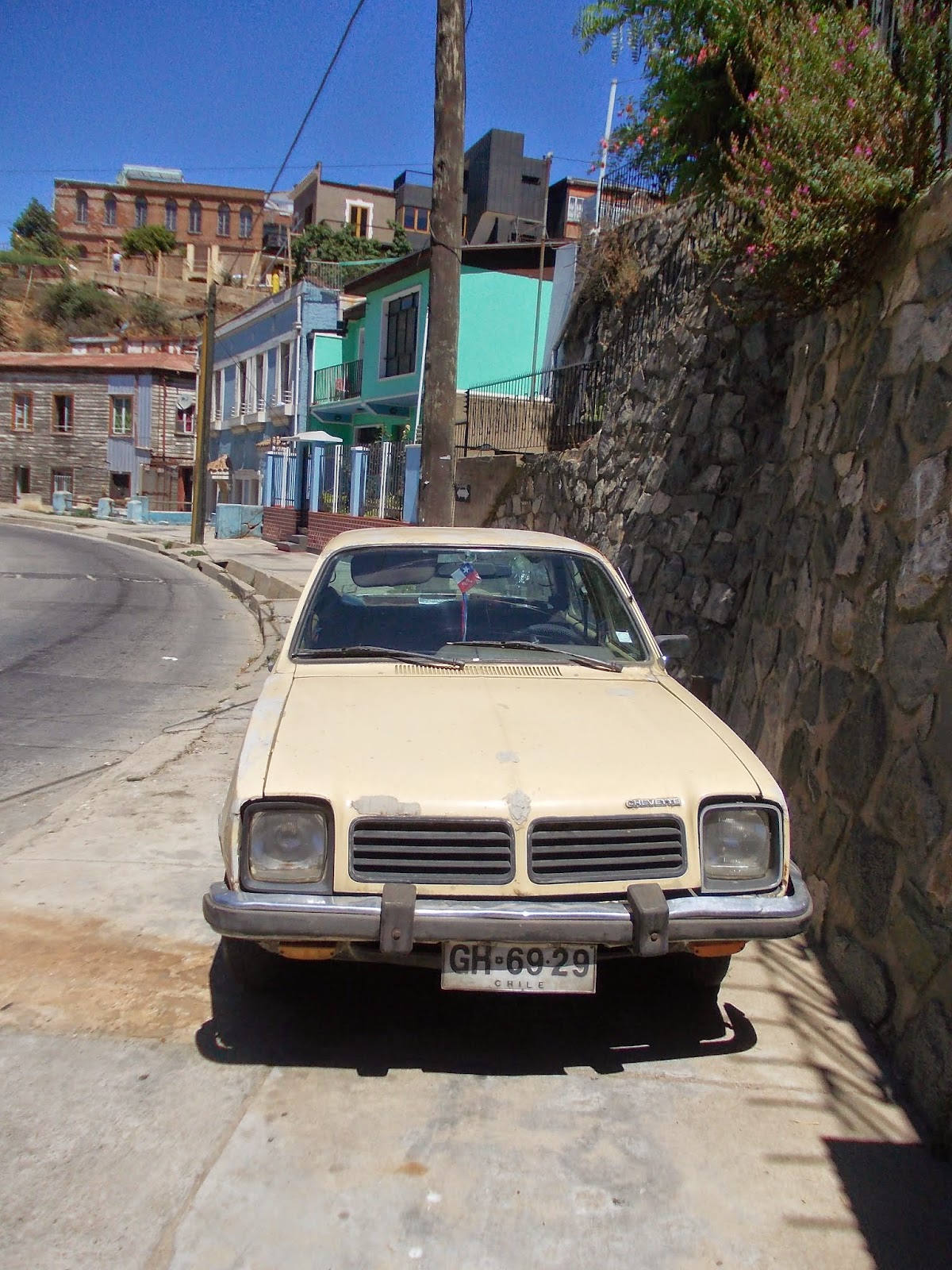 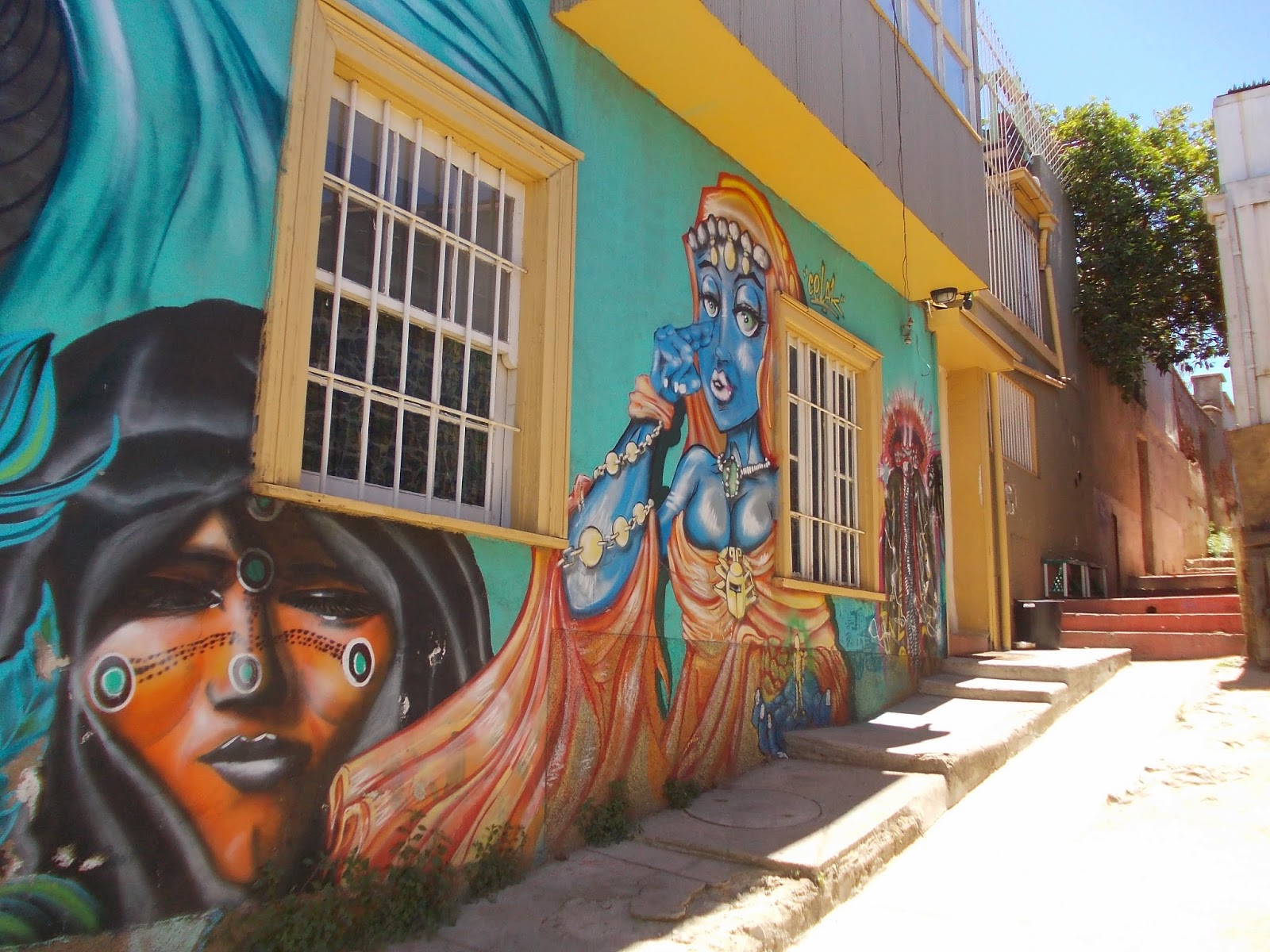 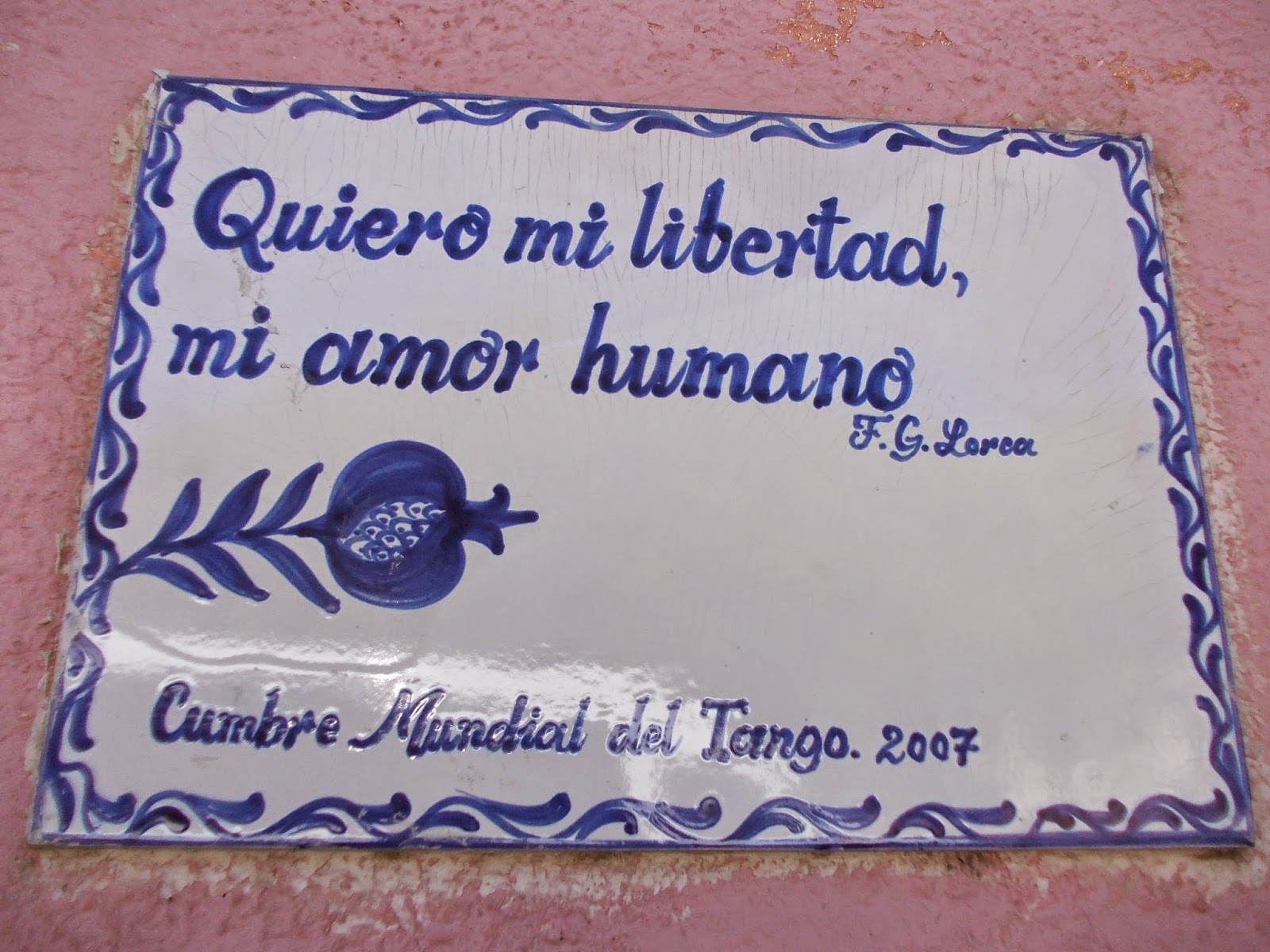 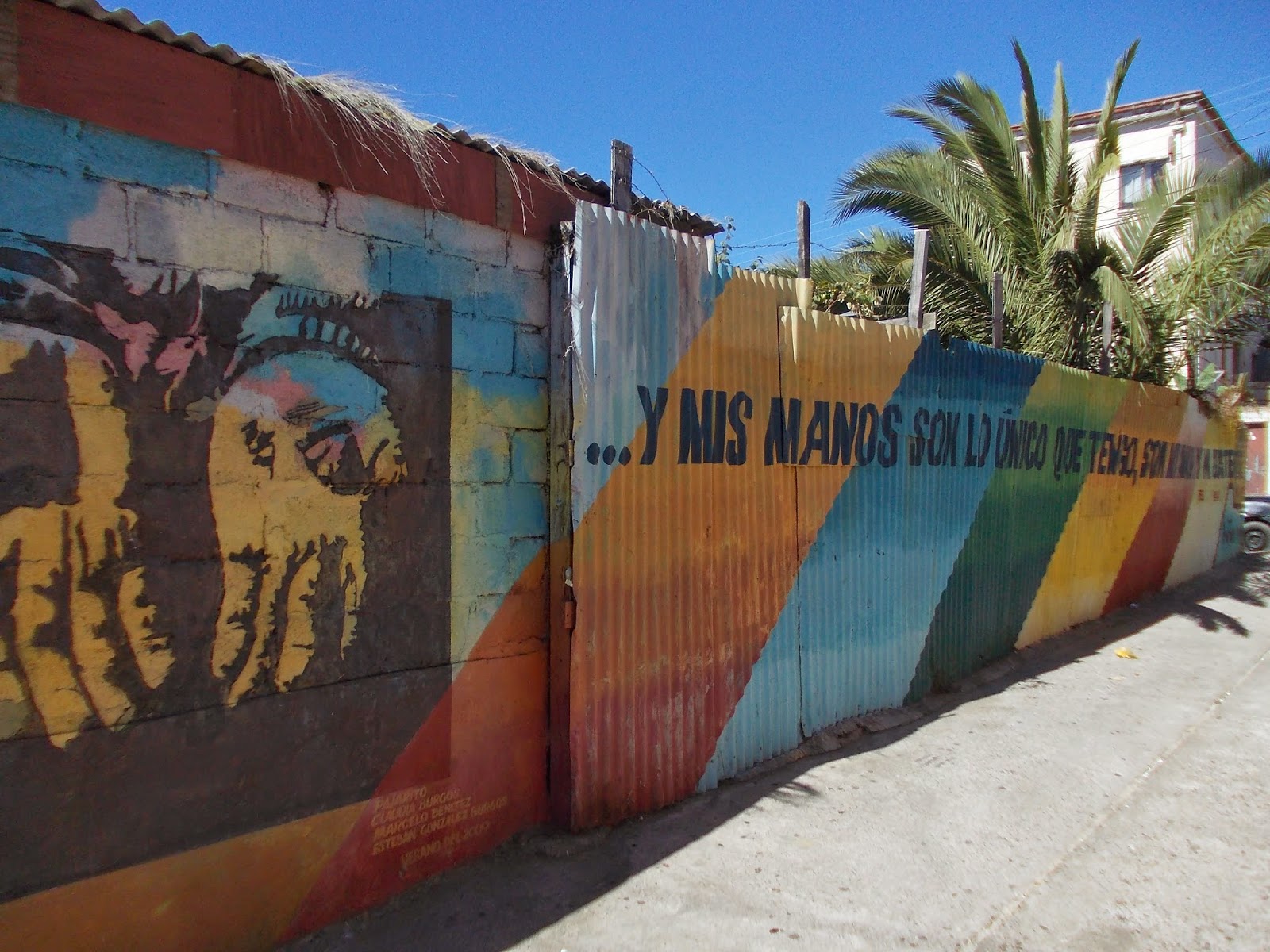 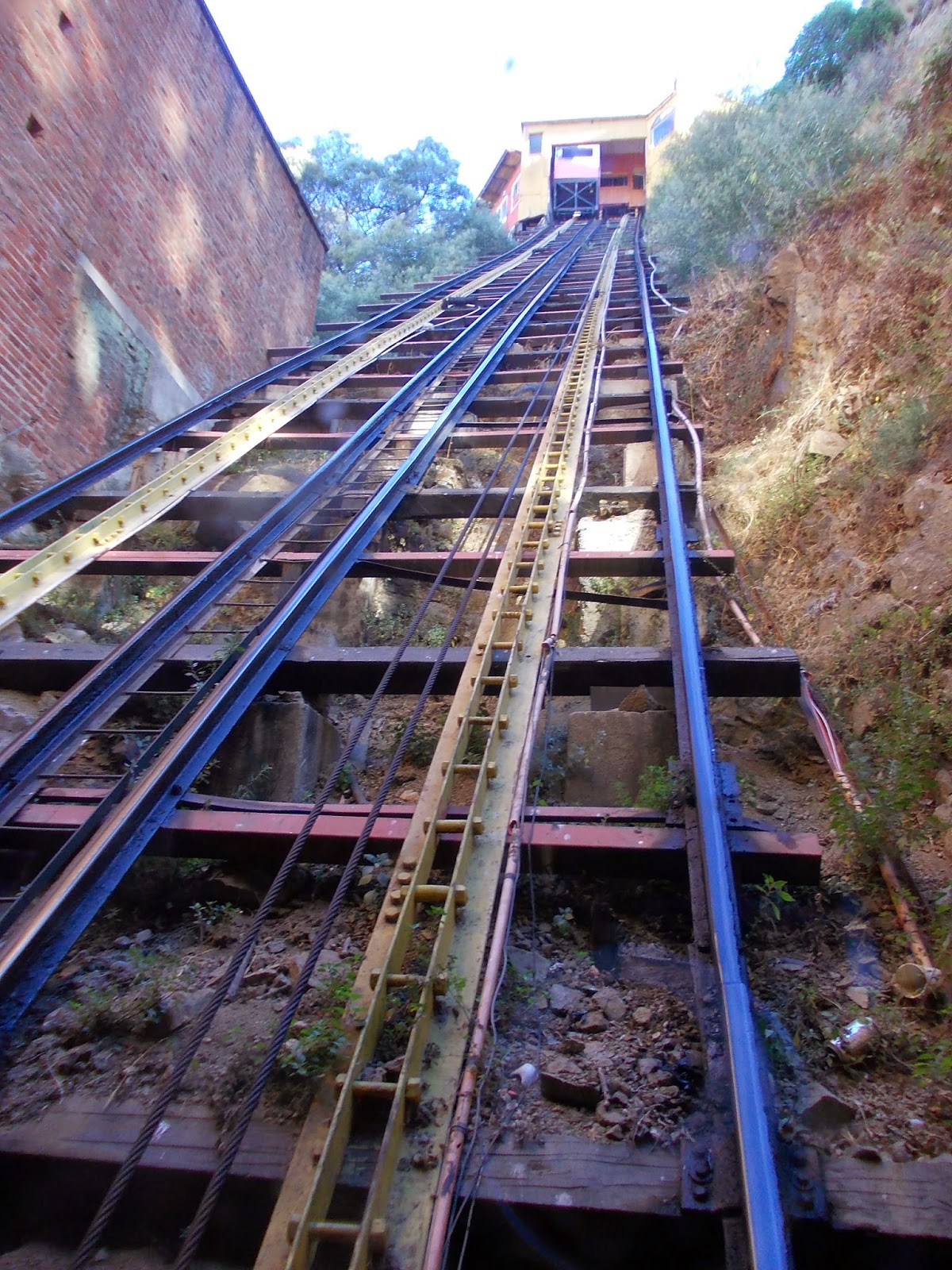 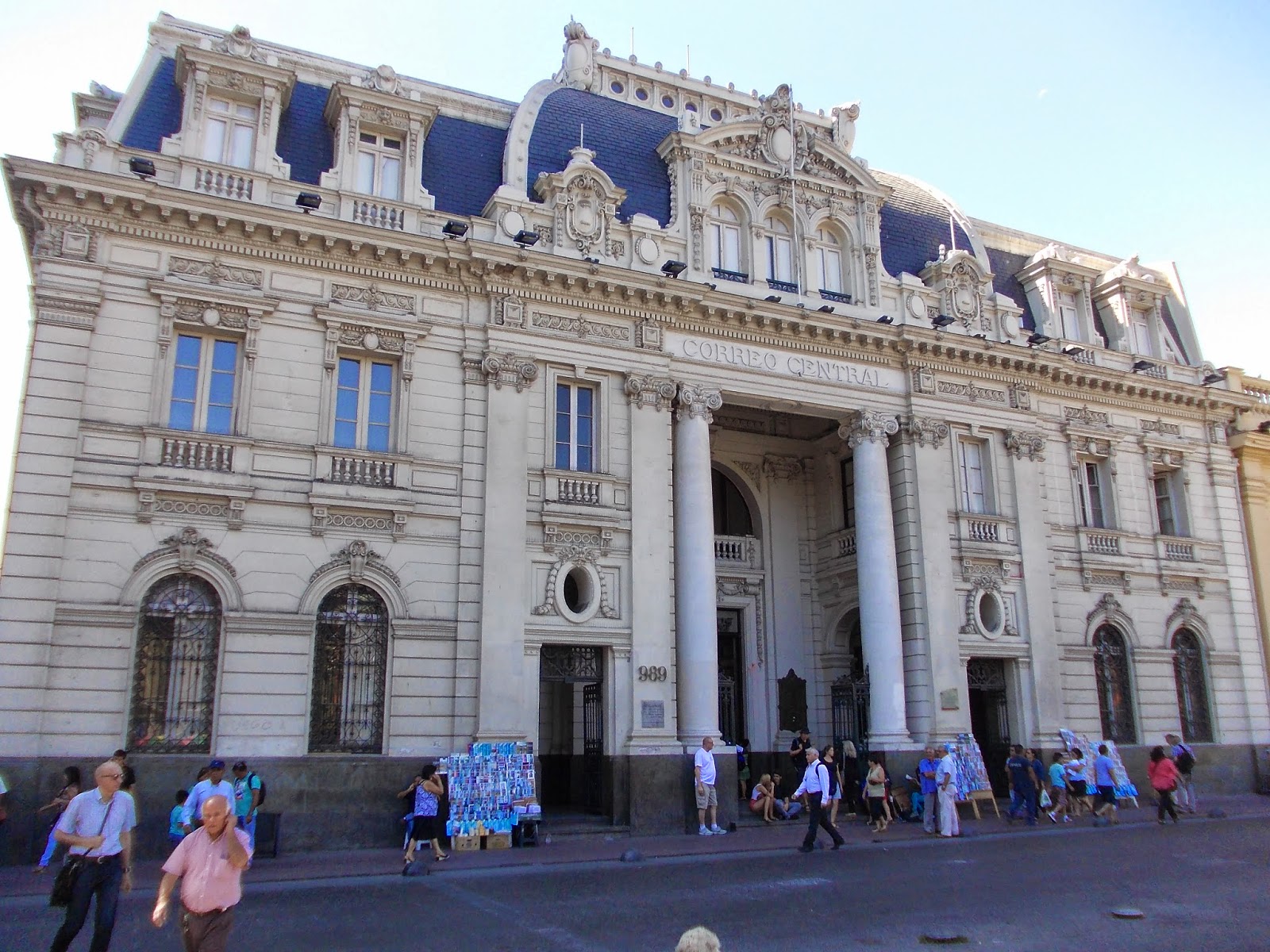