Who would have thought that Argentina is the place to go for good chocolate? Nope, us neither: and yet C was pleasantly surprised to discover wonderful Bariloche on her recent trip to the country.

The town of Bariloche on the edge of Patagonia is a backpacker's delight: set on the shores of a lake, brilliant nightlife (walking home at sunrise in that town is quite a memory!), little markets, the most spectacular scenery C had ever seen, and European-inspired chocolate. Yep, it doesn't get much better than that! 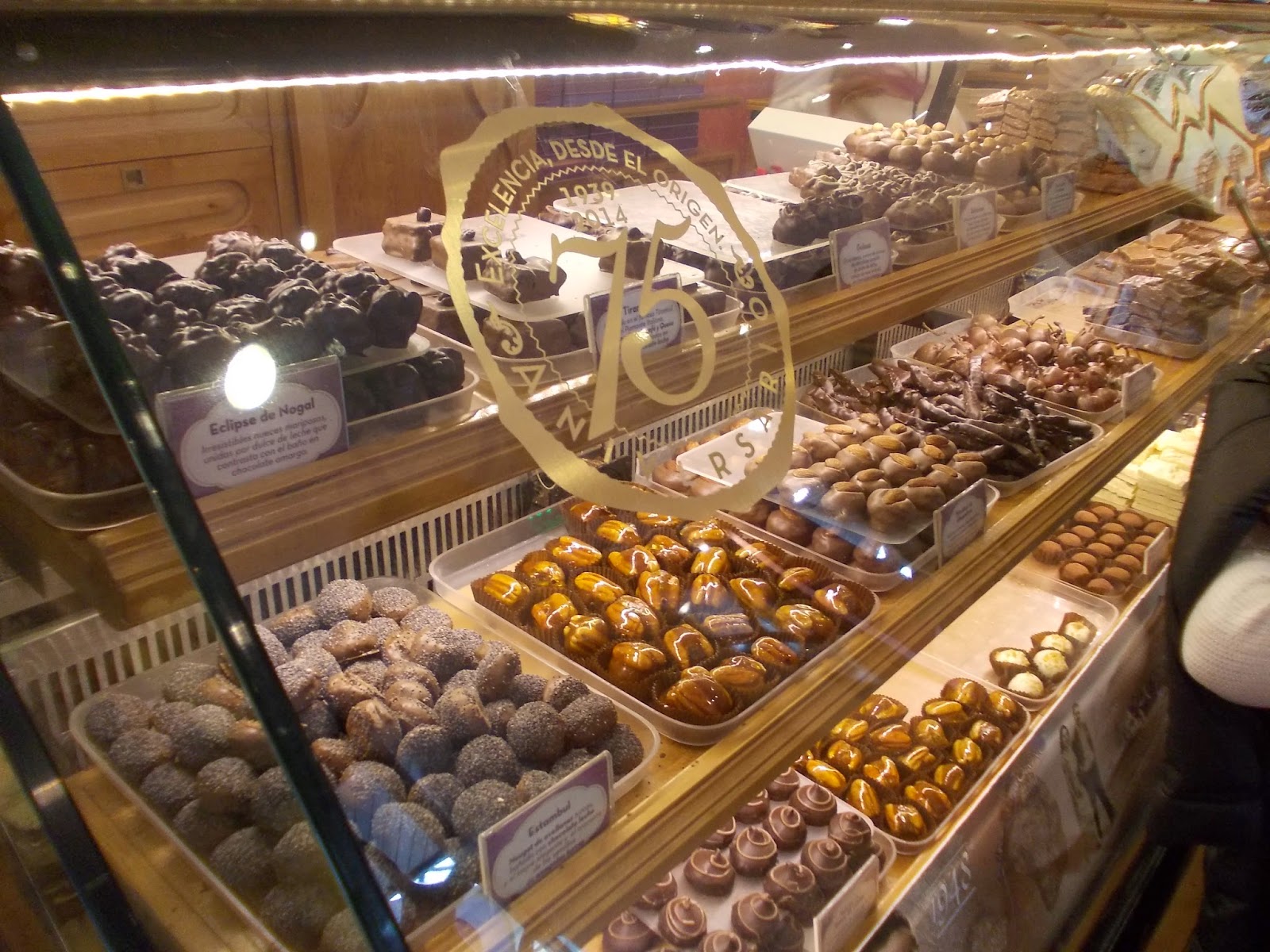 Bariloche looks a lot like Switzerland - but on an even bigger scale, as the Alps are replaced by the Andes in the vistas. Located within the Nahuel Huapi National Park, it was occupied by the Spanish settlers on and off from the mid 17th century, but was occupied by German and Swiss settlers from the 1800s onwards. Nicknamed "Little Switzerland", it was redesigned in the 1930s to look like a European alpine town - which it really does. The Alpine settlers brought a good deal with them: including their chocolate. Yum! 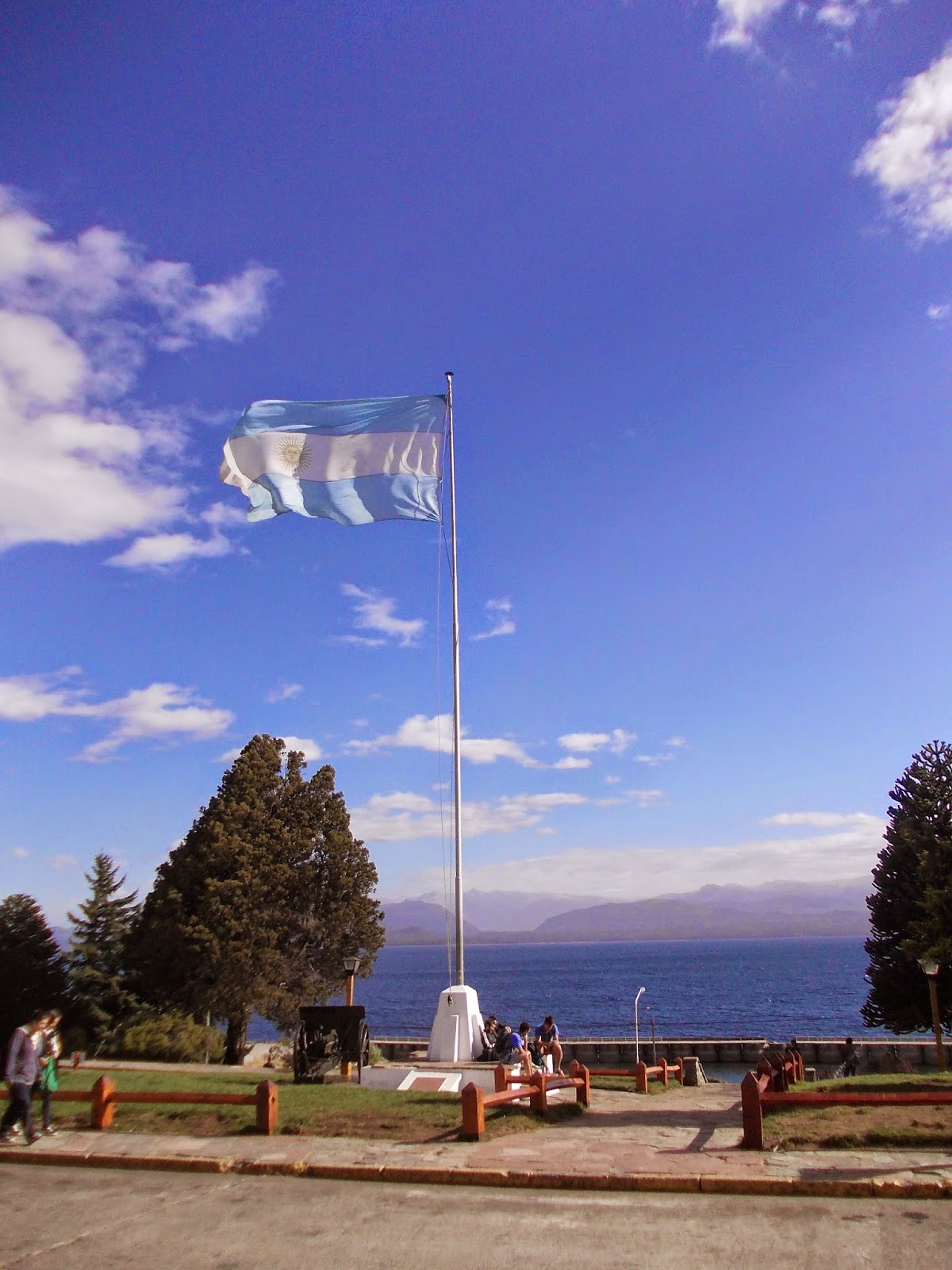 After a few weeks travelling around South America, where sweets are good but chocolate is pretty lacking, Bariloche was very welcome indeed. On her first morning in town, C popped down to Mamuschka - reportedly the best chocolate shop in town - to get a hot chocolate and a box of treats with new friends Aussie D and New Yorker T. 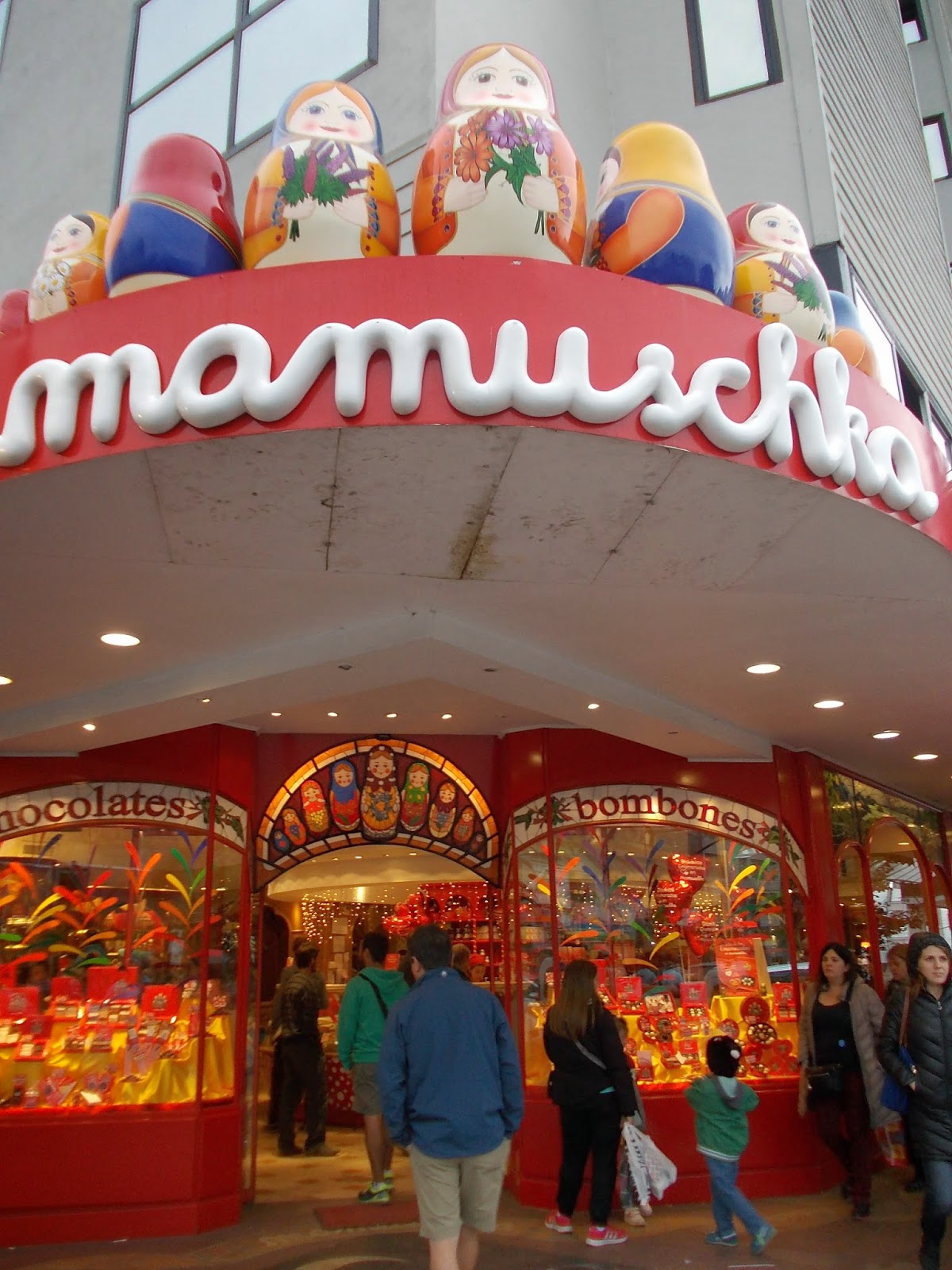 A Russian Doll-themed shop, the exterior is vibrant, pillar box-red with large windows displaying boxes of perfect chocolates and huge rotating matryoshka dolls above the entrance sign. Inside, it's much the same: a huge central bright red kiosk displaying hundreds of different varieties of chocolate with shop assistants in matching bold red aprons and hats. You take a ticket, wait your turn in the huge queue and then order your chocolates, with the assistants wrapping them up in big red boxes tied up with ribbon. 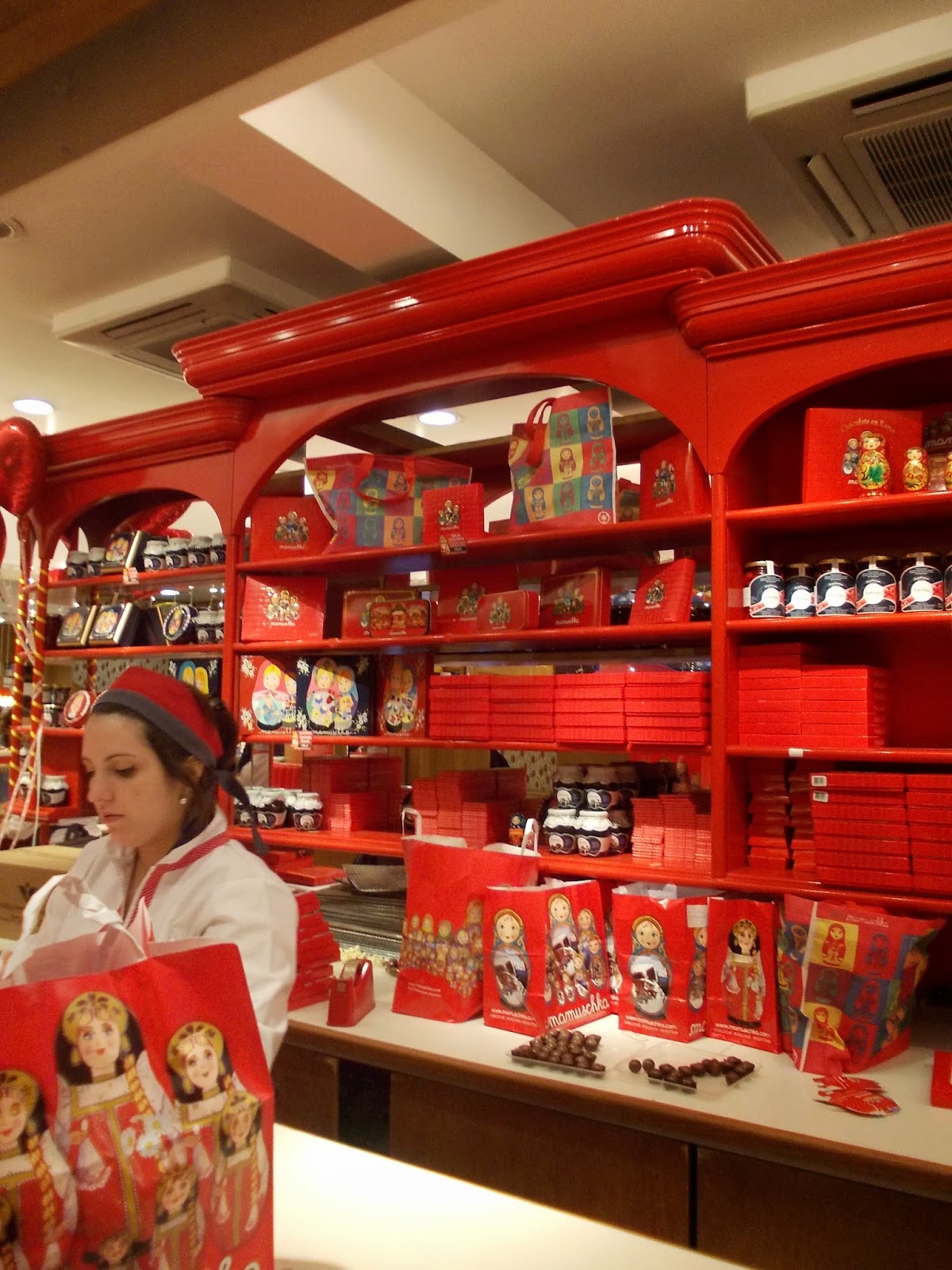 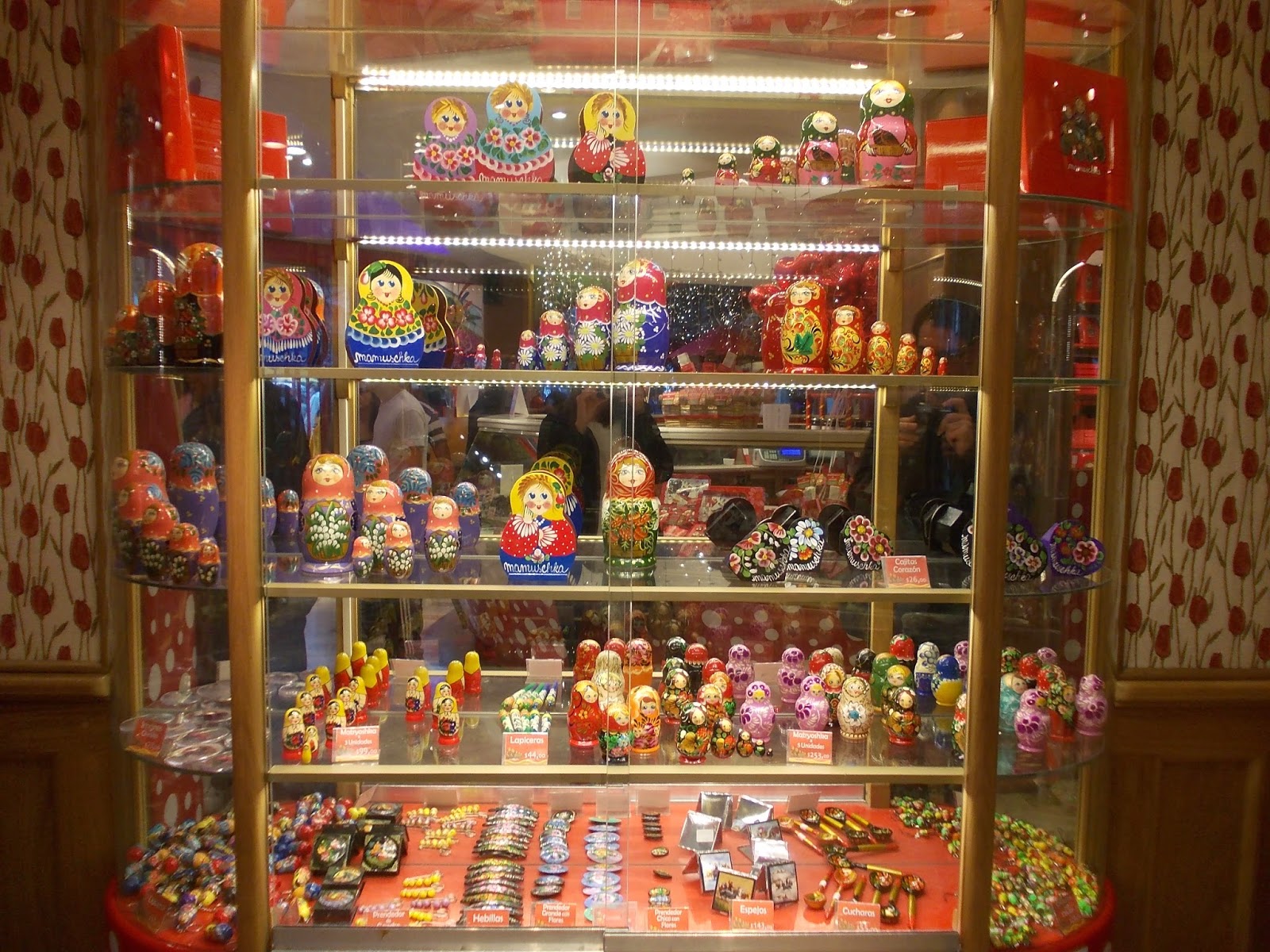 And the verdict? New Yorker T was delighted with the chocolate: but then, she's American, and any European knows that the chocolate over there isn't quite up to scratch. For C, the chocolate was really pretty good - on a par with something like Cadbury's, for example, but not quite at the level of the finest Alpine chocolate which it was aiming to mimic. 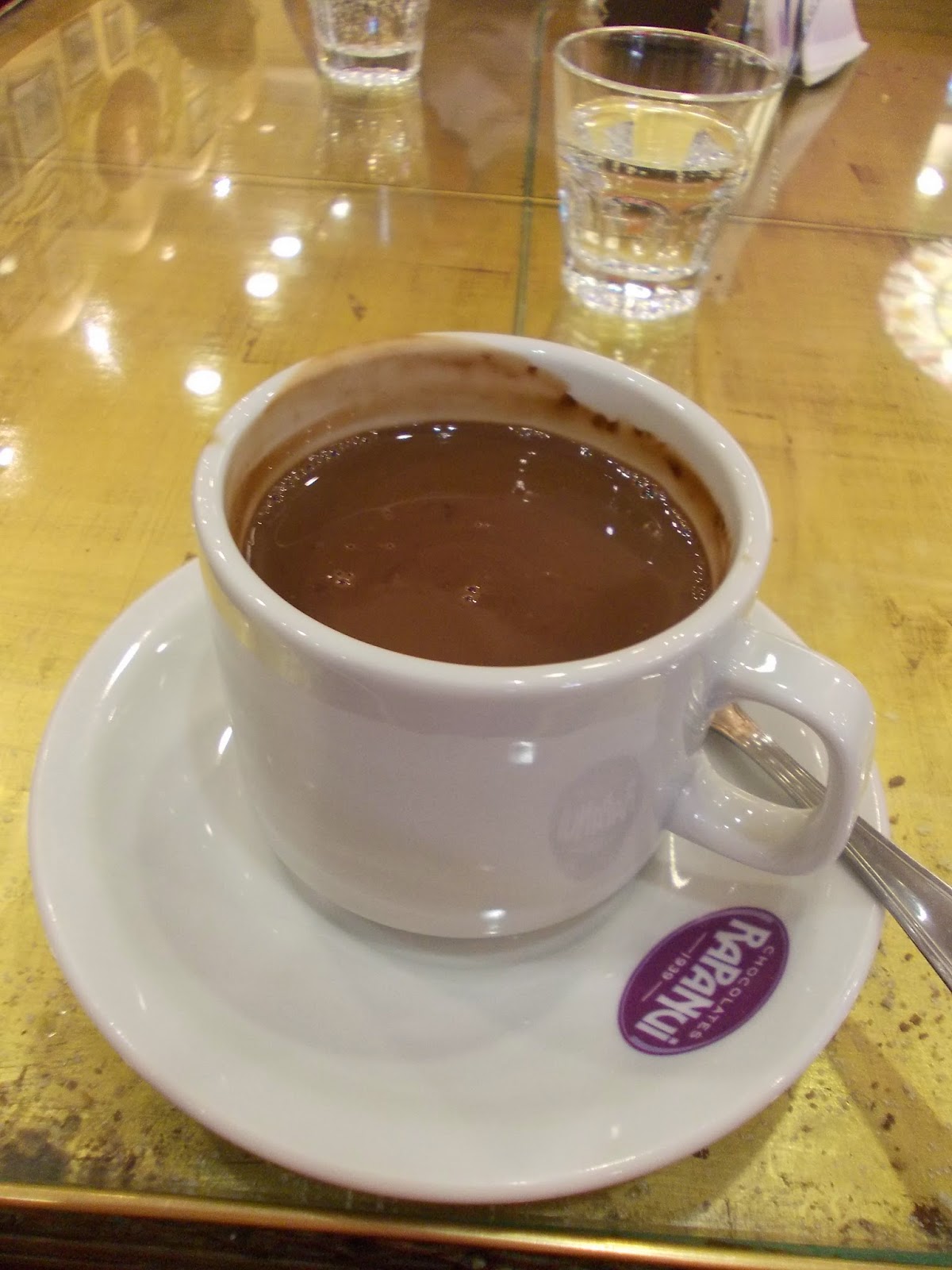 In short: if you're in Bariloche, definitely stop by for a chocolate fix. It's probably the best you'll find in the Americas - but that still doesn't mean it's quite as good as what the Swiss have to offer. 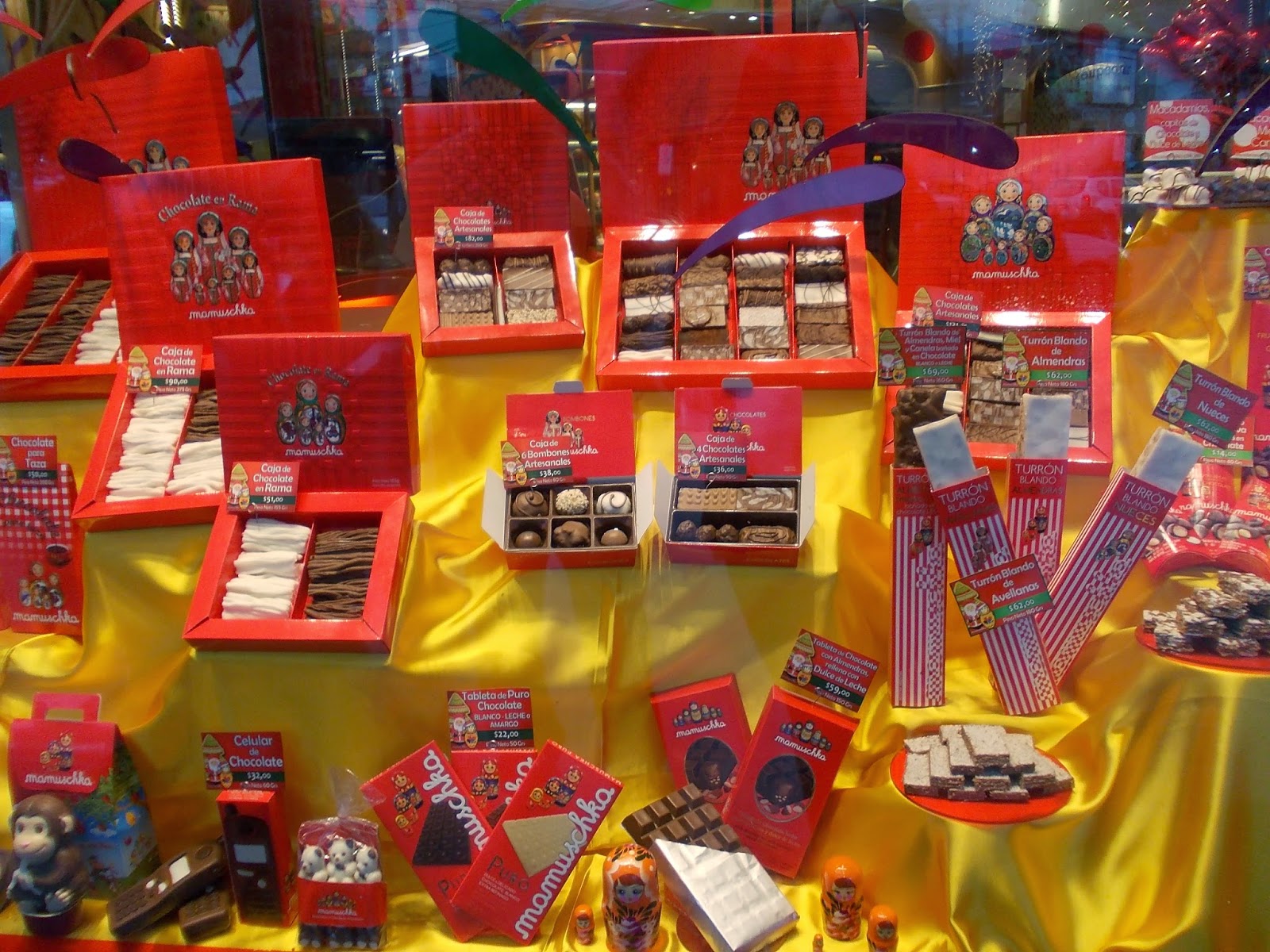