This is how you do a wedding: A's good friend Barrister G finally tied the knot and entered into a civil partnership with his long-term partner J towards the end of last year. Having known Barrister G since his school days, A was not prepared to miss out on the nuptuals, and promptly booked a ticket to the Manchester, where the wedding took place. As A has friends in town, he took the opportunity to stay over with his friend R, who is also a lawyer in Manchester. (One of the occupational hazards of being in the legal profession is one tends to know lots of lawyers - they gather in herds!) 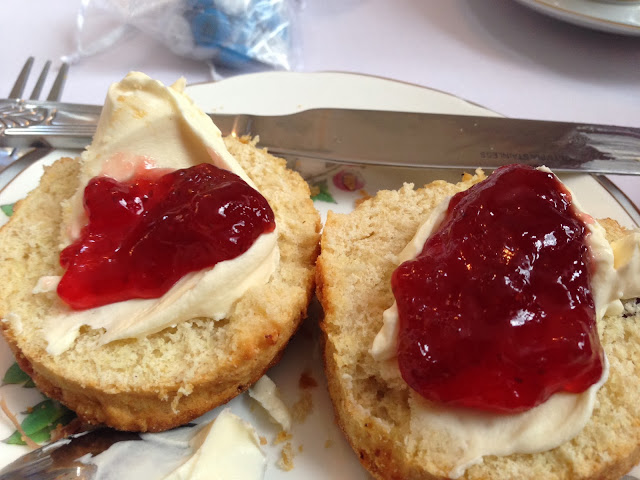 Barrister G and J love their food and they used their wedding to showcase some of their favourite stuff. As the ceremony fell quite early in the day, the couple decided that they would do an afternoon tea rather than a typical dinner. While unorthodox, the venue, a restored Church hall in the middle of Saddleworth Moor, was great: the hall was beautifully decorated for the occasion and the backdrop of the moor made for a wonderful setting. 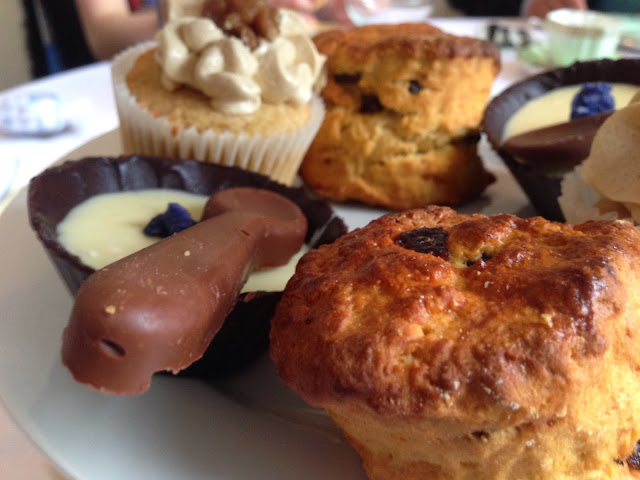 The food was put together by a really funky catering company called And the Dish Ran Away with the Spoon. These guys cater cream teas for weddings, and serve them up on frightfully trendy mismatched plates. As well as catering for weddings and other events, the company also runs a couple of cafes in Manchester suburbs such as Didsbury. While A's not not been to them, the tea served at the wedding is an incentive to go next time he's in town. The grooms did a great job in picking their tea, serving up a pork pie, some quiche, sandwiches, a coffee and walnut cupcake, a voilet cream tart, scones and jam and plenty of other treats besides. The quality of the food was great - nobody at the table had a bad thing to say about any of the food available - , and the guests could barely haul themselves out of their chairs onto the dance floor. 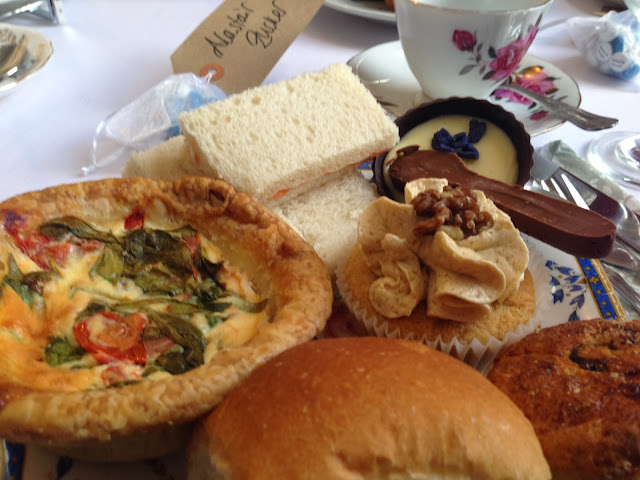 There was also a fair bit of glitz and glamour at the event: J works for the BBC as a TV producer for the breakfast show and as a result there were plenty of famous faces at the event. Pretty much the entire cast of BBC breakfast were there, including the lovely Carol Kirkwood, who compered the evening. The event was also livened up by the arrival of one English and one Filipino drag queen, who performed an entire set for the audience: this was pretty risqué, despite the fact that they were under instructions to tone their show down for some of the audience members. 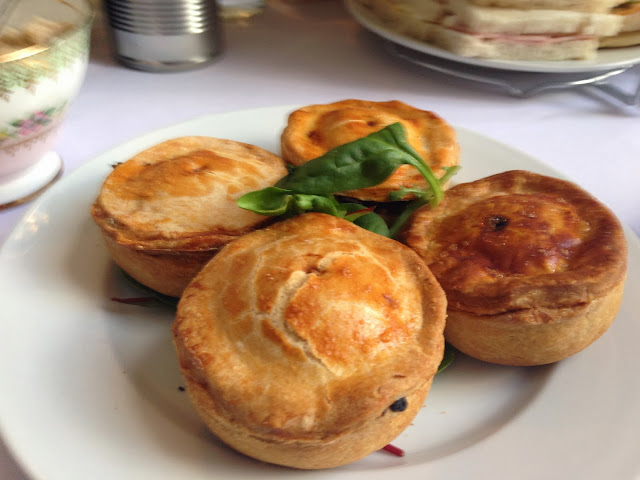 The combination of great food, a lovely venue and a dash of celebrity made for a wonderful day, and it was a pleasure to celebrate with Barrister G and his partner J. Congratulations to them both!
Labels: Afternoon Tea Baking Cake Chocolate Decadence Further Afield Other Eats