So, you might have guessed by now that we love all Meditteranean, Middle Eastern and North African food, and Shakshuka is no exception.

As a fanboy of Israeli chef Yotam Ottolenghi, A was bought his cookbook Jerusalem as a Christmas present last year by C. We've tried a fair few dishes from it, but not nearly enough, and so we decided to rectify this by trying Shakshuka: baked eggs in an aromatic, warming sauce. 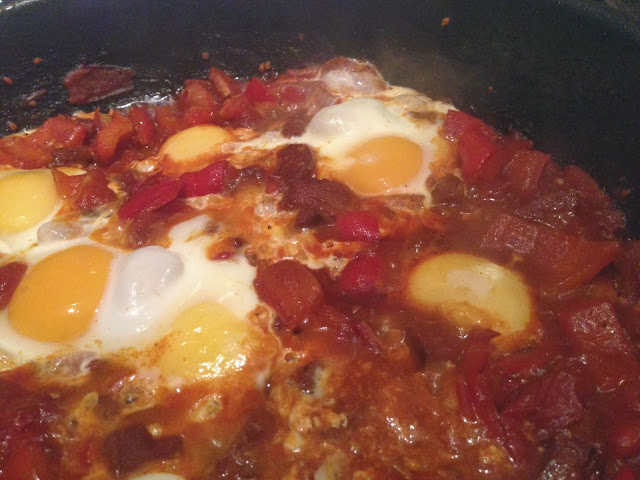 We've both been over-eating at work recently (C as her job involves tonnes of free food - what a hardship - and A in nervous preparation for a pretty intense period at work) and so we've been trying to keep evening meals light and healthy. While A's fail-safe "healthy dinner" option would always be cottage cheese, chicken soup and a salad (yes, really), C's being persuading him to branch out a little with evening food choices. There are so many great healthy veggie dishes, and particularly in a book like Jersualem: vegetarian food doesn't have to mean a few lettuce leaves and a tomato soup. 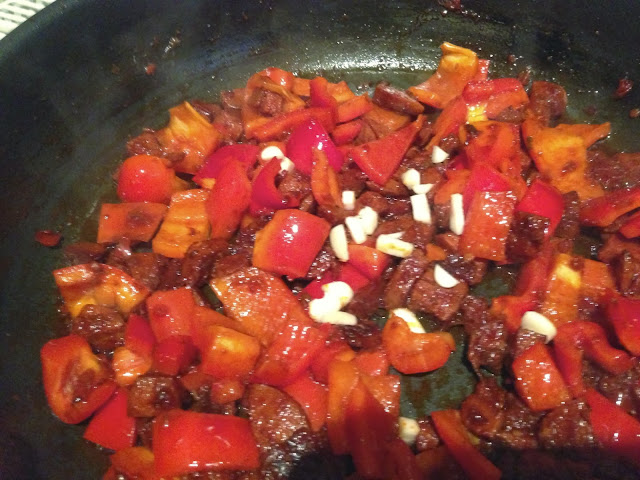 Hailing from Tunisia originally but now popular all over the Middle East and North Africa, including especially in Ottolenghi's native Israel, shakshuka is a fail-safe, easy to make dish. It's also ready in about 30 minutes, meaning it's perfect for a mid-week meal. We think it was traditionally a breakfast recipe, but we've found it works well for brunch or a light dinner too with its gooey baked eggs and spicy sauce. 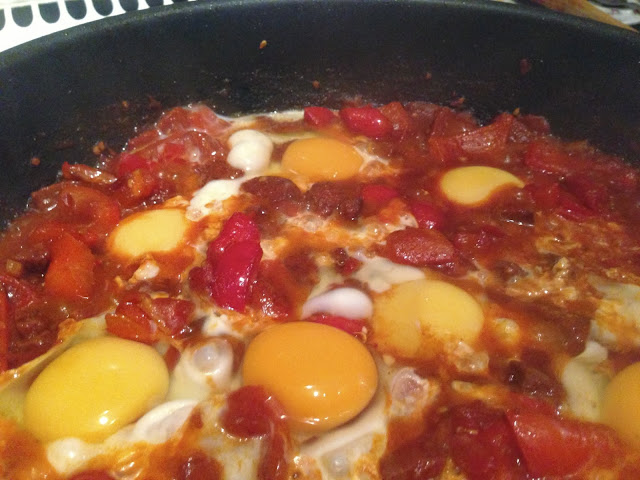 Also, just a warning: if you're serving this up for guests, make it in a wide frying pan and place this on the table so they can admire how pretty it looks before serving. It's not so pretty on the plate!