It was housemate T's birthday a few weeks back and, since we sadly couldn't make his birthday brunch, we decided to treat him and girlfriend L to dinner at East End curry institution Tayyabs instead. With a little spare time before dinner, we also thought he deserved a birthday cake, and so grabbed whatever was lying around the house and decided to rustle something up. 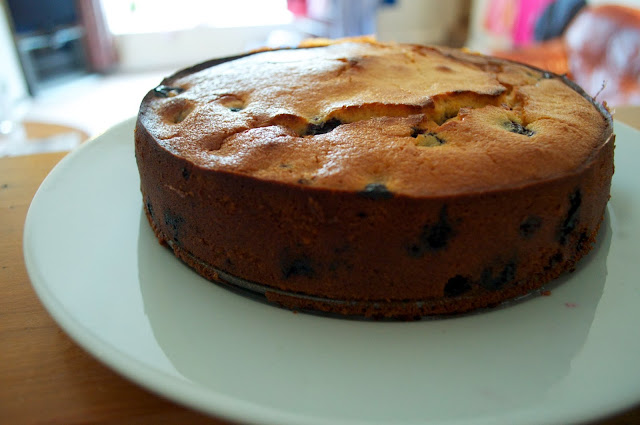 A and C are both big fans of blueberries and lemons, so these are commonly found hanging around the flat and lend themselves very nicely to a cake flavour combination. We also found some white chocolate chips lurking in the back of the cupboard (but thankfully in date), and so added them in as well - after all, a cake can never have too many calories... 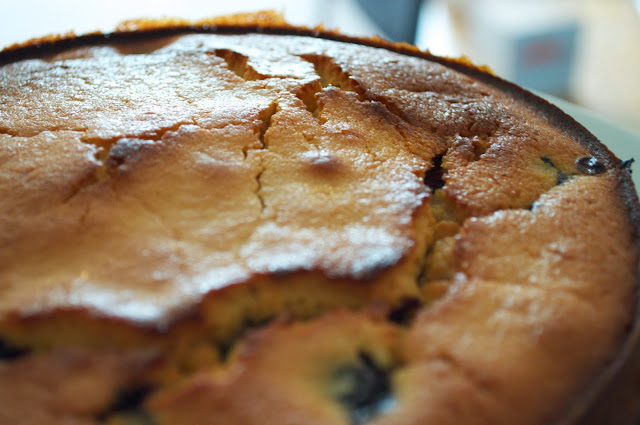 The recipe's pretty easy, and is made much easier still by a well-functioning, pretty-looking bowl. The very lovely people at House of Fraser kindly sent us a nice big Shabby Chic Jolie mixing bowl to try the other week, and this served as its first baking outing. A liked it for its sturdiness while mixing as he's fairly heavy handed with beating ingredients, and C has to admit to being immediately wooed by the fact that it's light blue - her favourite colour.

The cake itself is a pretty simple recipe, but does taste really quite delicious, as birthday boy T, girlfriend L and long-suffering flatmate N - chief taster of most of our baking produce - testified. We did have a mild case of soggy bottom, which put a bit of a dampener on things, but all in all it's a pretty good bake and a fairly fail-safe recipe adapted from this Allrecipes one.

Here's how it's done: 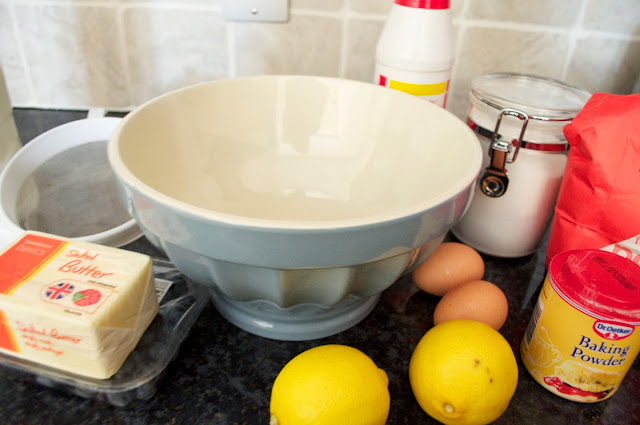 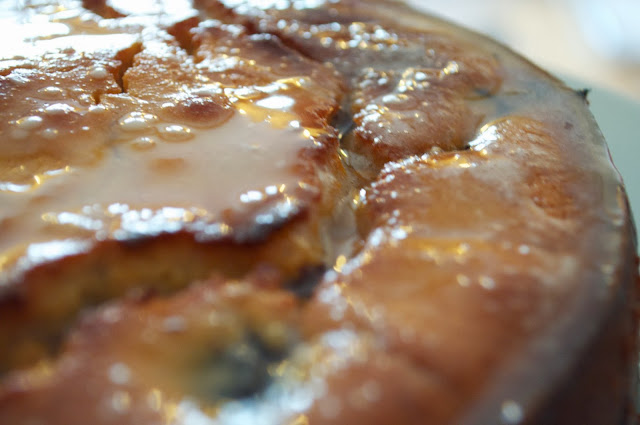