We've talked a lot about Turkish food on the blog before, but one part of the cuisine that we haven't yet covered in a lot of depth is pide.

A light snack, it's something that A and C fell in love with while backpacking around Eastern Turkey during summer 2012 as it was quick to eat, easy to pick up and very tasty. Only used to eating it as a grab-and-run snack on the side of the road in places like Trabzon and Kars, C was surprised to see on her most recent trip to Turkey in August this year that there are whole restaurants catering to the foodstuff on the Aegean coast. 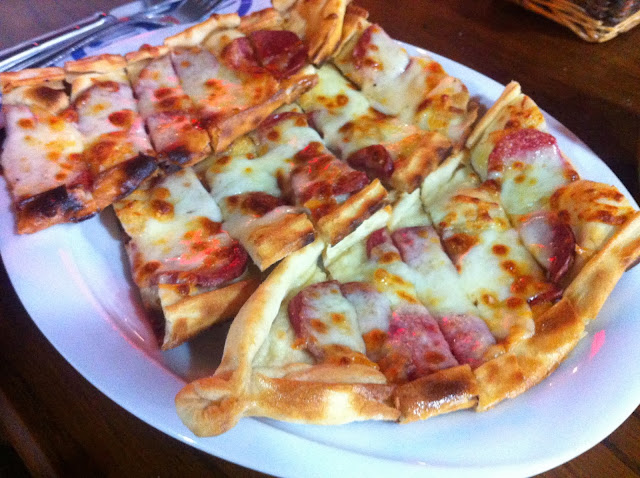 Whether this is due to a stronger preference for pide in this part of Turkey, or whether because it appeals to tourists in its familiarly pizza-like appearance and consistency C can't say, though she suspects the latter. In any case, wherever you eat pide in Turkey, it makes a great lunchtime treat. 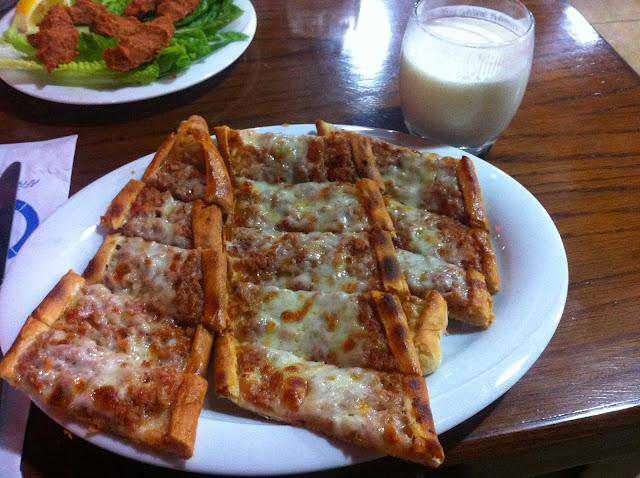 In the pide restaurants of the Aegean coast, it seems customary to be served up a large flatbread as a starter with a fresh (and delicious) salad: as ever in Turkey, the tomatoes are especially juicy and ripe. 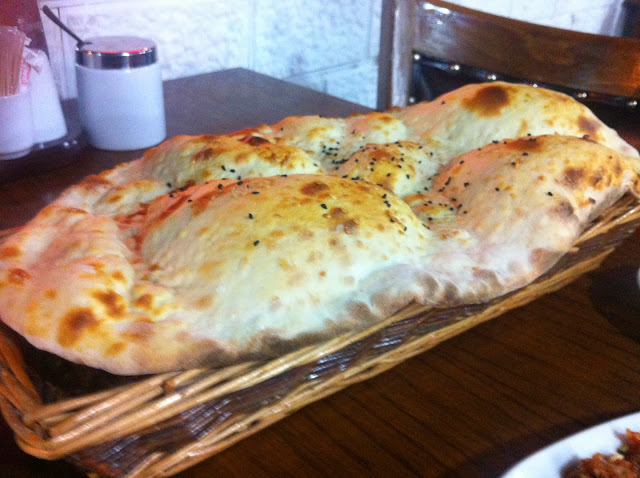 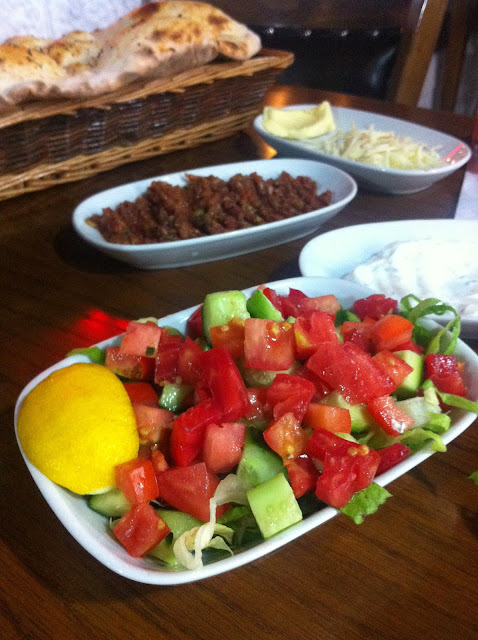 Next comes the pide itself: essentially a Turkish version of pizza, it's a thin, slightly greasy large boat-shaped dough which gets traditionally cut into three and then sliced further into strips. Toppings, like with gozleme, can vary from anything from cheese to meat to vegetables. 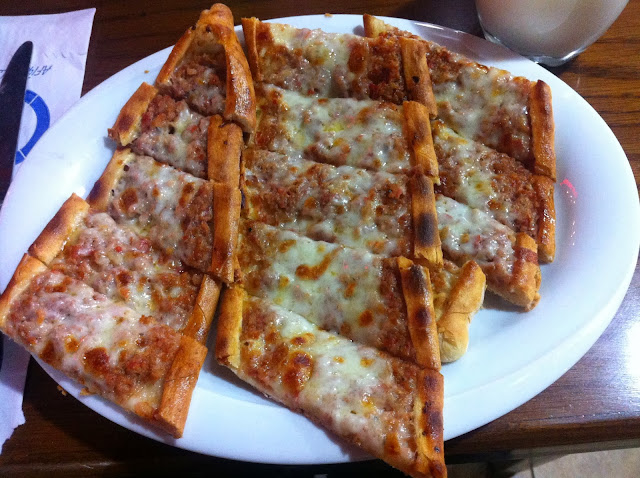 C's favourite pide topping is always Turkish unpasteurised sheep's milk cheese (beyaz peynir or kaşar) with sucuk, a spicy sausage resembling chorizo in taste and texture. And ok, so pide might not be the healthiest of lunches, but like all Turkish cuisine it is delicious. 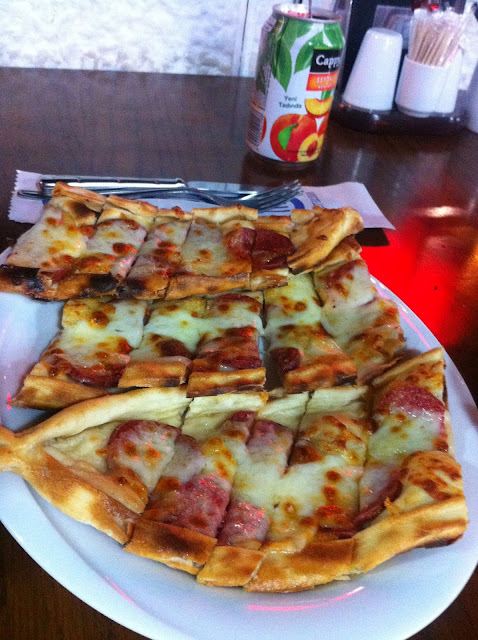