One of the reasons it's been a little quiet around here is that C's actually been out of the country: in Turkey, no less, holidaying there for a second year running. Over a year on and still inspired by Turkish breakfasts, the spice markets of Istanbul, treats such as lokum and baklava and, of course, a good old cup of Turkish tea, she couldn't resist a family holiday to Anatolia. While A and C had explored Istanbul, the north and the east last time they visited, this trip saw C and her family exploring the sights of the beautiful western Aegean coast. 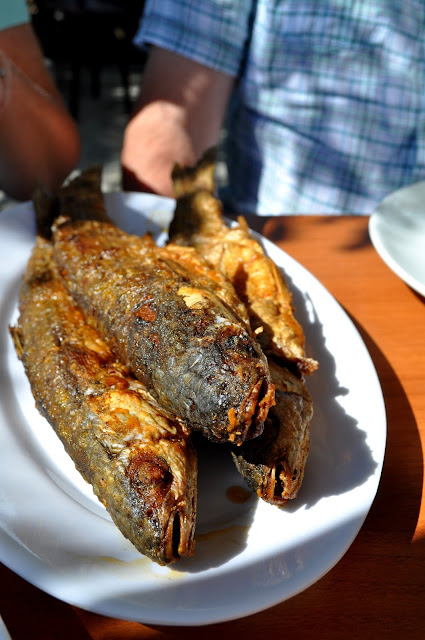 While there was still lokum, baklava and Turkish tea aplenty in this region, C also discovered something a little more rustic one lunchtime on a spontaneous road trip. Hiring a car, C and her parents decided to venture to somewhere C's father D had spotted on the map - a large lake called Bafa, now a little inland, and which used to be part of the sea.

After what we'll call a short (4 hour, accidental) detour through the stunning mountains (and treacherous mountain roads) of the Anatolian countryside, we three weary travellers ended up finally finding Lake Bafa - although it's actually so large it's pretty bafa-ling (groan) that we couldn't find it sooner. 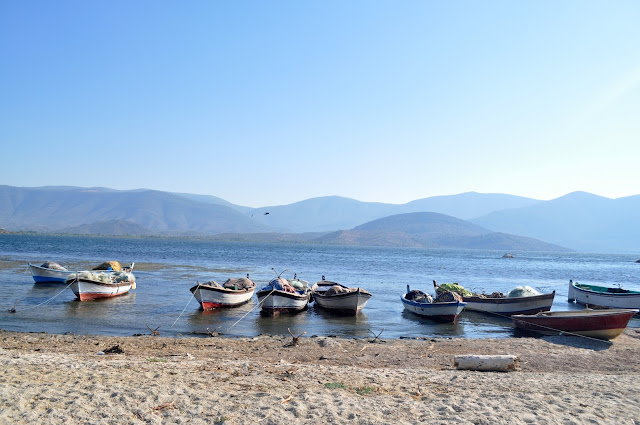 Nonetheless, as we parked up on the beach, we saw a sign painted on the side of a little white house next to us. "Balik", it said. Fish. Outside the white cottage was an older man sitting next to a samovar of tea on a patio, casually sipping out of a tulip cup, sitting in the sun. He looked down at us quite alarmed, and then echoed the sign on the side of his house: "Balik?". Fish? We nodded, and no sooner were we seated on a small wooden table on the terrace outside the house, awaiting a meal that we only knew to include fish - and no idea what fish. 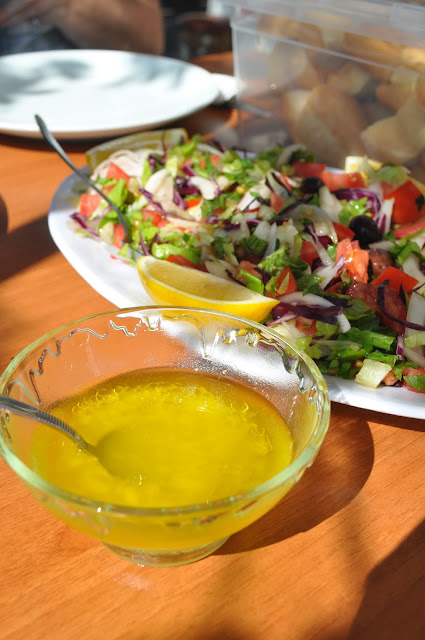 After a few glasses of peach juice while we waited, we were then presented with a real feast. Three whole fish turned up, presented simply on a plate, along with a huge plate of chips, hunks of bread and a wonderful, bright salad. 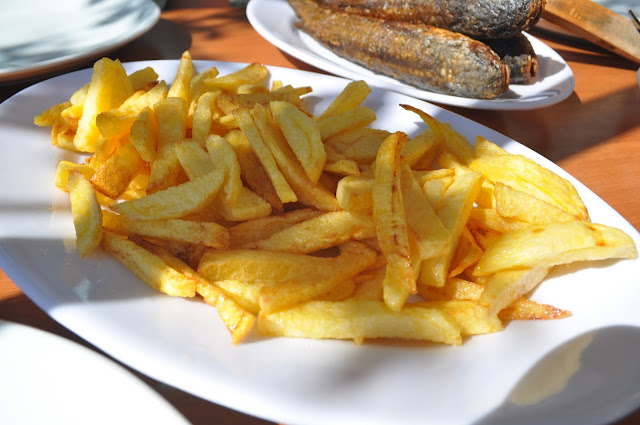 The chips were clearly homemade and pretty chunky, but the salad was what really hit the spot in terms of accompaniments: with lettuce, red onions, cucumber and the super juicy Turkish tomatoes that C loves, it was finished off with a squirt of lemon juice and some olive oil. Delicious. 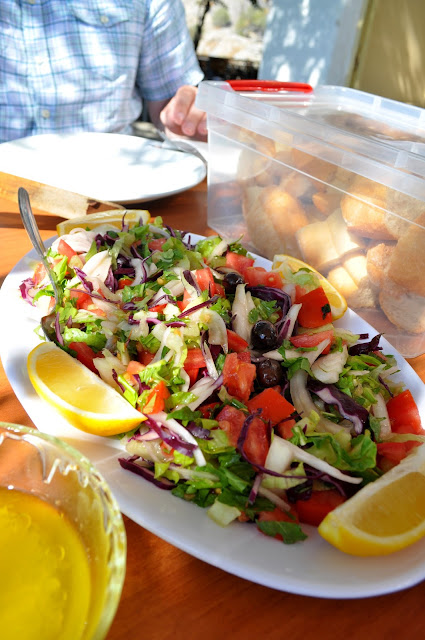 The main event, though, was of course the fish. None of us had any idea what fish it was (if anyone can enlighten us by photo identification please do leave a comment!) but it was undoubtedly some of the best fish we'd ever eaten. It had obviously just been caught that morning, and was wonderfully fresh and incredibly tasty. 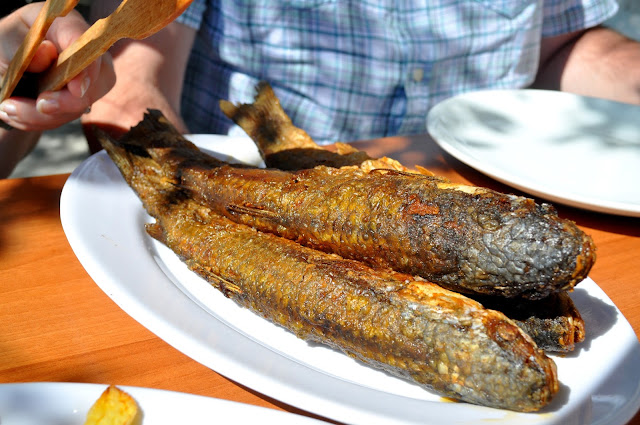 And ok, so when the bill came it was pretty expensive (for Turkish standards) - 25 lira a head, which works out to a bit over £7. But hey, we were probably the guy's only customers for the day, and when you're eating such fresh food and overlooking a view like this, who can really complain? 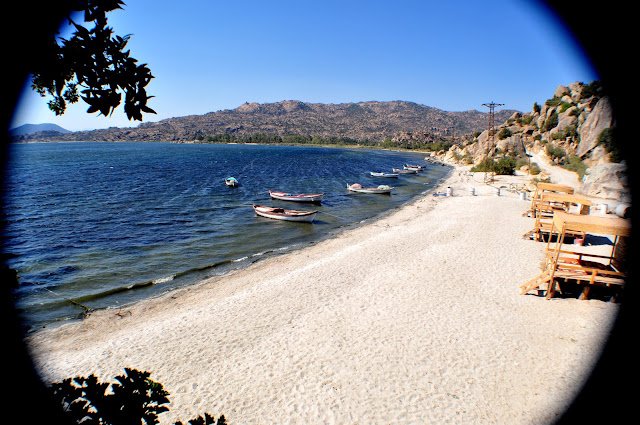