It was C's birthday last weekend, and as part of her celebrations she went out for dinner the night before in Surrey with her parents, J and D. They popped to UnoTapas, a place in Sutton which only opened a few months ago. Their website is still basically a holding page, and there's not a particularly huge social media presence for them either as yet, but don't let that put you off: if you're in this part of town, it's a good shout.

For the uninitiated, Sutton isn't exactly the spot for haute cuisine: among the chains and generic coffee shops, though, sits UnoTapas. This is a family-run place, and for C it's always a good first sign to enter a restaurant and hear the right language spoken: this is the kind of venue where the waiters will be shouting orders to the kitchen staff in heavily accented mainland Spanish. 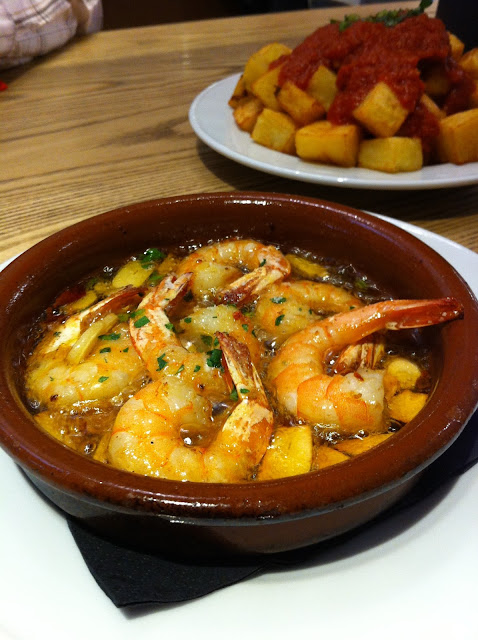 The décor in here is a little clinical, and it's this which unfortunately lets the place down a little and makes it feel a little less high end than it perhaps otherwise would. Nevertheless, there are sleek wooden tables and a red and white colour scheme, and it's tastefully enough done.

The food, though, is good. The menu is extensive, and along with large main dishes - generally paellas of different varieties - there's a huge tapas selection broken down into bread, seafood, meat, and so on. 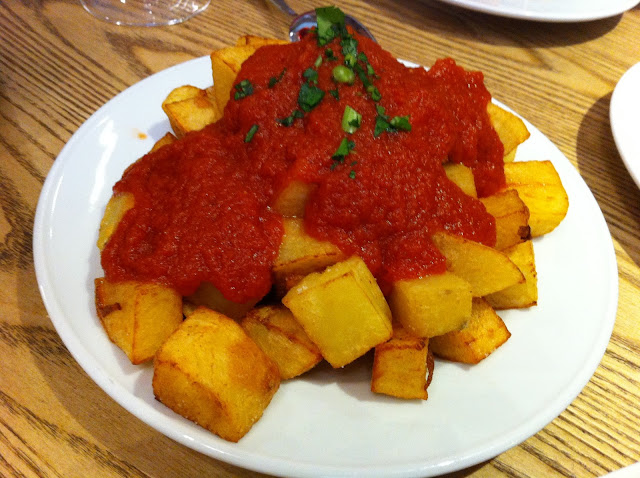 Standard dishes like Chorizo have that familiarly pleasant kick and the Tortilla Espanola is dense, a little moist and has the balance of egg and potato spot on (something which C has found rarely happens outside of Spain!). The portion sizes are generous, too: a whole mini Tortilla Espanola for a tapas portion, and be prepared for a mountain of crispy potato chunks with a tangy, spicy sauce if you go for Patatas Bravas. The Gambas al Alioli are also brilliantly spicy, and there's plenty of them too - don't expect to come here and have a dessert! 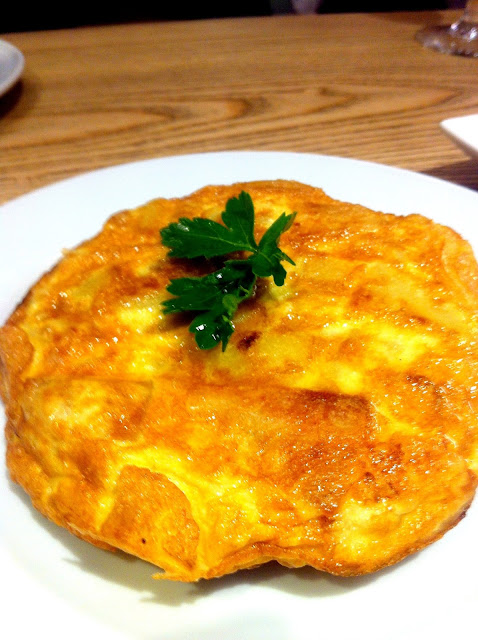 C has a bit of a confession, which is that she loves the fried tapas dishes that are probably stacked high in calories. This almost always leads to a plate of Jamon Croquetas, and the ones here are particularly good: crispy and hard on the outside and oozing on the inside, and very moreish with a heavy kick of salt that makes you wonder afterwards about the state of your health... 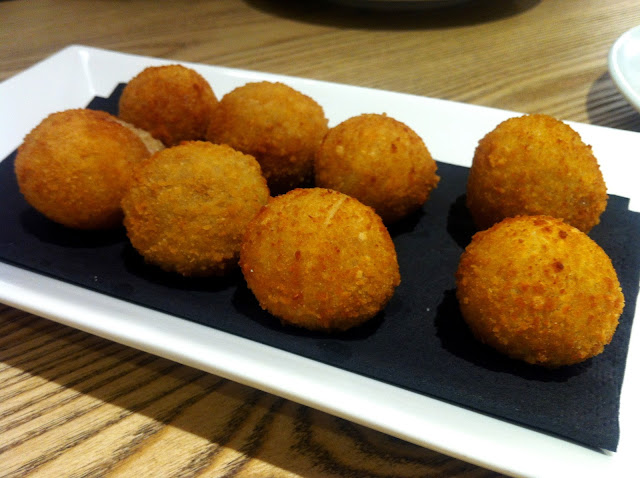 There are specials, too: when C, J and D went, they tried two of these, but were very tempted with the others. One was a bruschetta-like dish: thick slices of white crusty bread covered in a tomato sauce and topped with parma ham, and C has to admit that, although simple, this was one of her stand-out dishes. We also tried Pimientos, red peppers stuffed with cod in a tangy sauce, which despite C's initial doubts was very pleasant indeed.

It's affordable here, too, perhaps because of its distance outside London: we finished off the meal with a bottle of house wine, and along with 9 tapas dishes to share the bill came out at just under £30pp. Tapas is normally a very pricey affair, so it's a relief to know of a good, reliable and enjoyable spot to head to for slightly cheaper tapas in London.
Labels: Dinner European Spanish Under £30pp