"What?!" we hear you cry, "Fish and chips, again?!". A and C will 'fess up: we do love fish and chips, and don't expect this to be the last post on the topic (we have yet to do a post on a 'proper' chippie, and we have one or two in mind to write about in the not too distant future).  A will even stick his neck out and say that it's one of his favourites: cheap, filling and quintessentially English, it ticks all the boxes for a treat. 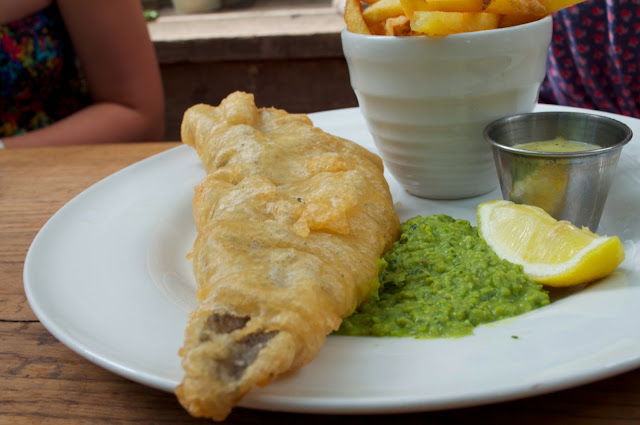 As with the Grill on the Square we wrote about recently (click here for the post), A and C went out to lunch with A's schoolmate and baby barrister I and his fiancée R.  As A and C were meeting A's parents at the Hampstead Fair just beforehand we met I and R at the famous Spaniard's Inn between Hampstead and Highgate.
The Spaniard's is one of A's old haunts from his North London days. Set up as a toll gate on the Great North Road in 1585, it's one of the capital's older pubs, and comes with a rich history.  Even the name itself is shrouded in mystery and legend: rumour has it that it was set up by a Spanish survivor of the Armada who was washed ashore and married a local girl, but as far as A is aware this has never been definitively proven. Dick Turpin was also reputed to be a regular at the place, and it's often said that he started his famous ride from London to York at or near the pub. The pub has a literary history too, with mentions of it featuring in Dickens's work, amongst others. 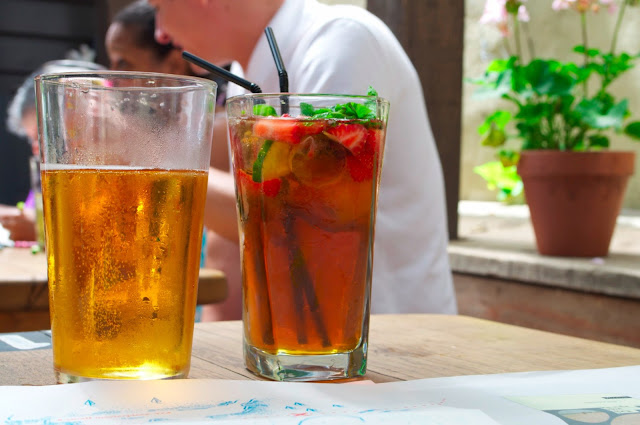 The building is also fantastic: the toll gate still stands, and the pub itself is a maze of rooms and snugs, with roaring fires and crannies aplenty to hide yourself away in. Outside there is a fantastic beer garden, and in the summer a second bar opens at the far end, meaning that thirsty punters need not queue inside for another round. To top it all off, the Spaniards is still a pub in the heart of the community. Many locals turn out to drink here and it's common to bump into friends and acquaintances here. To demonstrate the point, A walked in to be greeted by one of his first cousins at the bar, who was out with a couple of friends for a drink.

While this pub is worth visiting simply for its history and architecture, the pub offers a fantastic selection of ales – it's renowned in the area as a real drinker's pub – and a pretty decent selection of pub grup, with mains ranging from about £12 for a vegetarian option to around £20 for the full-on Sunday roast. 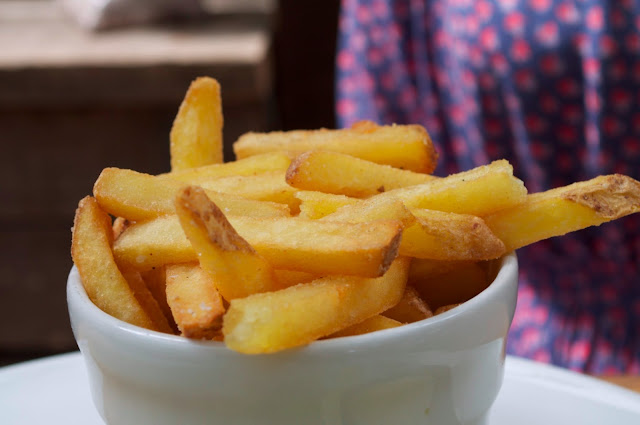 For whatever reason, all four of us opted for the fish and chips and all of us were pretty impressed with the choice. The portion was large, the batter was hot and crispy, and the fish inside was moist and flaky, just as it should be. The chips were medium cut with the skin on, and were delicious, as were the mushy peas, although we would like to see more than a small spoonful of these on the side next time.
Everybody except A washed their fish down with some Pimm's, which were served properly Cucumber, berries and mint all featured in the jug, which was noted with appreciation by all the drinkers concerned. A, who despite being a lightweight is still a beer drinker, had a glass of Meantime pale ale: a local(ish) brew made by a craft brewery based in Greenwich. Light and hoppy, it was the perfect way to cool down on a scorching summer's day. 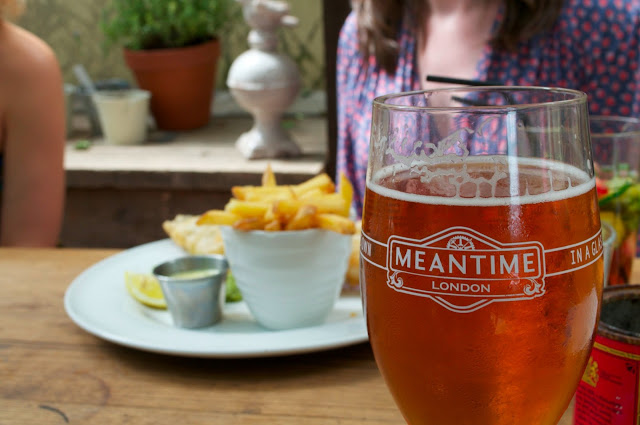 As ever then, we rate the Spaniard's Inn very highly indeed. The pub is a fantastic venue, and the food hits the spot, even if it has got more expensive than yesteryear. This may well be due to the deep pockets of the local residents and the popularity of the place. Given the hordes of punters who were there when we visited, who can blame them?
Labels: Beer British European Fish London Lunch Sunday Lunch Under £30pp