London's notoriously unpredictable weather has taken a turn for the worse again: while last year mid-March was positively balmy, March 2013 has seen icy winds blowing in from Siberia, causing an unseasonably late chill. While we were looking forward to the spring blossoms and a change in diet, shifting towards lighter fare, we've been forced to continue with the winter favourites for an extra couple of weeks until the weather finally warms up. While we'd normally be halting the Sunday roasts for few months by this point, we decided we'd push the boat out one last time and do one for C's family. 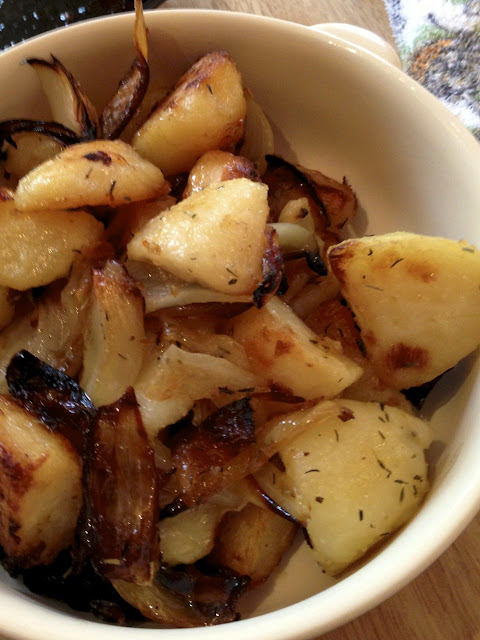 First and foremost, we apologise for the fact that we only have photos of the trimmings and not the main event, but photos were taken in a rush as everybody was keen to chow down. So, back to the roast. 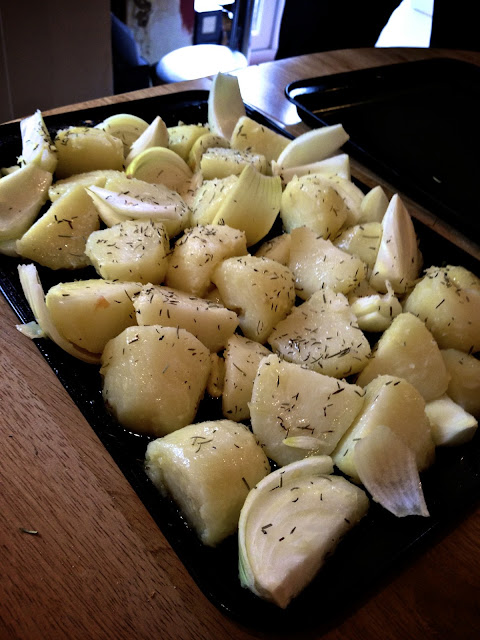 Unfortunately, planning the perfect roast for A, C as well as C's parents and grandparents is quite the challenge. Everybody (quite rightly) has an opinion on the food, but unfortunately for the chefs nobody's opinion is the same. To give some idea of the sort of snags we had to contend with, we have had to take into account the following:
While family members were keen for us to listen to their advise (and we normally happily would), we went our own way on some things. We took a view on the beef and decided, perhaps a little reluctantly, to do the beef well done rather than rare: the thinking being that rare beef lovers would merely complain, whereas those who prefer it well done wouldn't even touch crimson slices of meat. A in particular was most put out, but agreed that in the interests of family unity, singeing the beef was worth it. 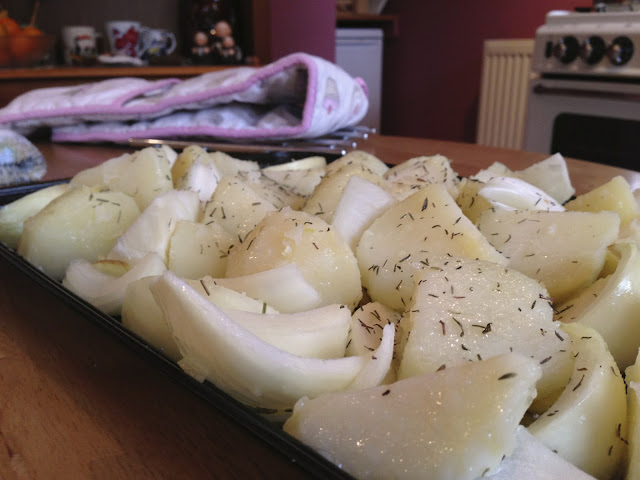 However, we ignored advice on other matters: we did our own Yorkshire puddings (using good old Delia!) and slipped some dried rosemary and thyme onto the spuds, along but with Simulated Chicken Fat, which we swapped oil for. This is the secret of every Jewish mother's cupboard, and A always enthuses about it:. it's parve (neither milk nor meat) and so can be used in milky meals while still giving the depth of flavour you'd expect from animal fats. It's incredibly bad for you, so use it sparingly, but it makes the best roast potatoes imaginable when combined with onions, garlic and a sprinkle of herbs. A brought a pot down from North London for the event, explaining that no roast dinner is complete without this stuff. While C was initially skeptical (her roast potatoes are admittedly pretty good already without the stuff), the results convinced her and it's now a staple of the roast dinner. Good thing we don't do them ourselves too often... 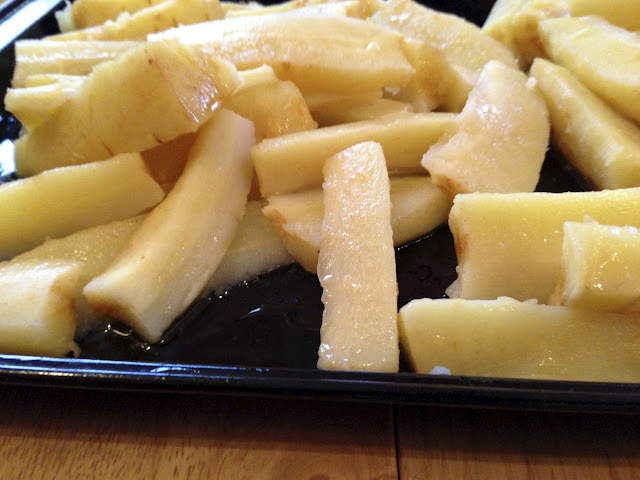 We also did some parsnips a similar way: cut into batons, smothered with simulated chicken fat and with a twist of salt, they came out perfectly.

Luckily, the roast was a roaring success: C's family devoured almost everything, with even Nan P (who has a fairly small appetite) coming back for multiple helpings.

We'll do a proper Sunday roast post soon, but for now, let us leave you with the message that you should go out and buy a pot of Simulated Chicken Fat for your roast potatoes now. Seriously. 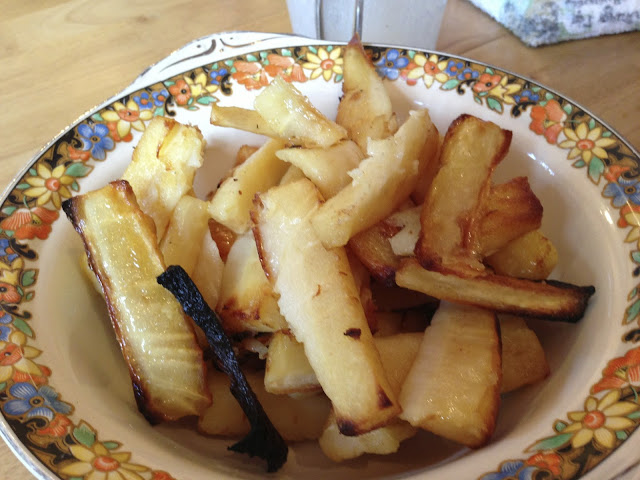