Skip to main content
Labels
Posted by A February 09, 2013

As part of the weekend in Paris, A's family targeted a couple of more interesting galleries as places to spend the day. More or less top of the list was the Musée Jacquemart-André, a lesser known Paris museum, though it's none the less fascinating for that. Perched at the top of the Boulevard Haussmann, the museum was the bachelor pad (and later marital) seat of Edouard André, banker and billionaire, soldier and statesman. André and his wife, Nellie Jacquemart, shared a love of Italian and French art, and poured a considerable portion of the family funds into building up a collection which is of real historical and artistic significance. As the couple had no children, Nellie left the house (with its collection of paintings and sculptures) to the state, and it's now preserved as a museum exhibiting both the collection and how the upper classes lived in fin de siècle Paris.

The place, happily, also has a café set in the André's dining hall. After touring around the museum, it was here that we stopped for a spot of lunch before continuing on. 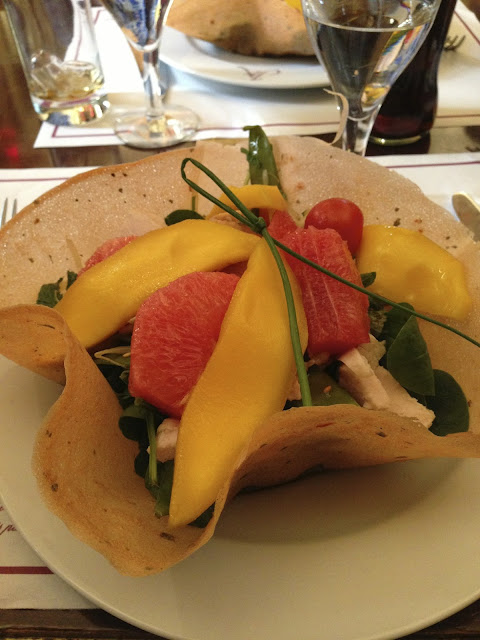 The food served at the café can only be described as a delight: light, interesting salads are the mainstay of the menu here, though you can have a continental-style brunch if you want it. The family split down the middle, with half going for a fishy "Nordic" style salad, and the others going for an oriental salad. In each case, the dishes were immaculately presented and the combinations excellent. A's fruity Asian salad came presented in a tomato flavoured edible basket, inside which mango and grapefruit pieces nestled alongside beansprouts, green leaves and peanut flavoured dressing. Whilst this may sound unusual, the flavours really worked together and A left a happy customer. 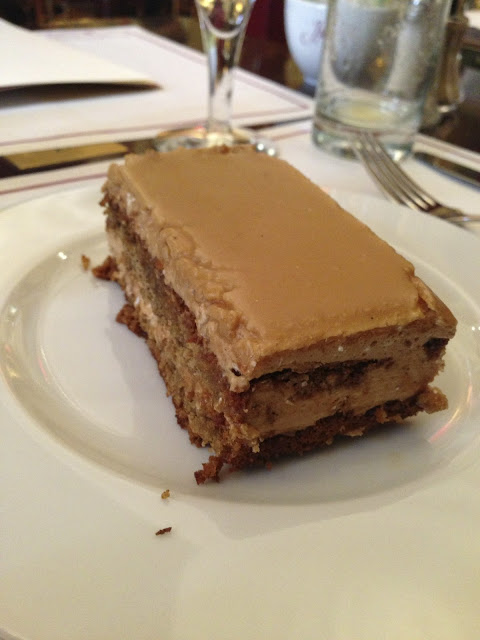 The desserts were also pretty good, though not up to the highest standards of French patisserie. A had a mille feuille, a sort of custard slice which is extremely popular in France. While the custard's consistency was excellent, there was rather more pastry than one would normally expect and the result was a bit heavy. The other family members however, raved about their desserts: coffee and hazelnut slices and ice cream. 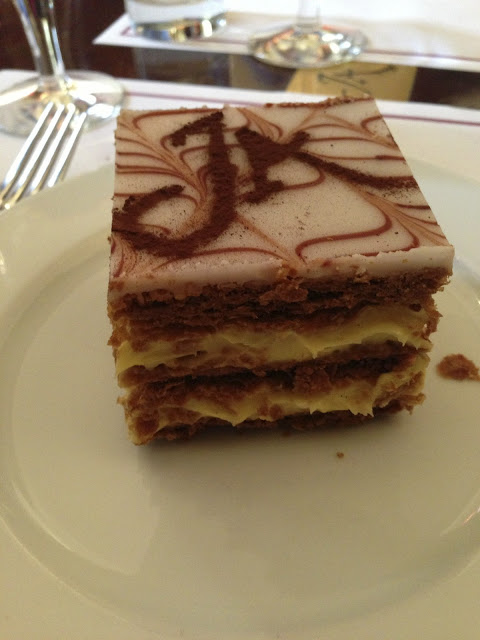 While the desserts look rather better than they taste here, the place offers a really rather refined dining experience. The setting is lovely, and the mains in particular are really inventive and refreshing. The museum, and its café, are certainly worth a look!
Labels: Cafes Cake Decadence European France French Further Afield Sweet Tooth Under £20pp