Skip to main content
Labels
Posted by A February 28, 2013

Continuing with our theme of going to the hippest new joints in our fair city, A and C took a quick pit-stop after a long day at the office at Tonkotsu, a new Japanese Diner in Soho. This place is getting rave reviews from all the critics at the moment, not least because they take stock so seriously, and we've been itching to try it out for a while. The guys at Tonkotsu apparently spend many hours slaving over theirs, and there's always a stock pot simmering away as you enter the place. 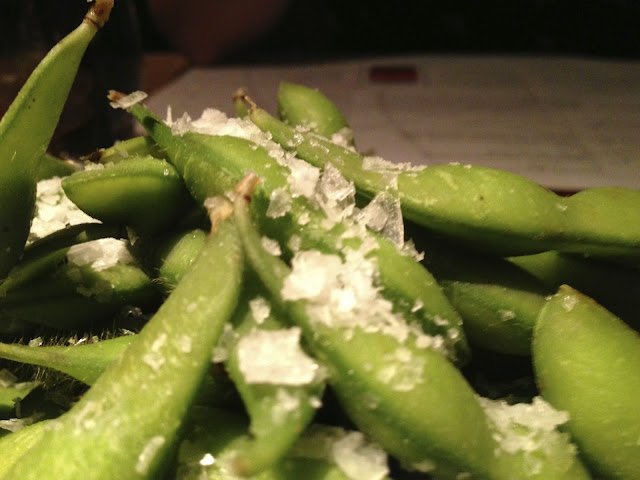 Tonkotsu is a ramen bar: this is fast food, japanese style.

For the uninitiated, ramen is a big bowl of broth, with some wheat noodles and other goodies thrown in. The concept has been popularised in the UK by the likes of Wagamama, of course, but Tonkotsu is a little posher than that (but yet still very chilled out - a perfect balance). 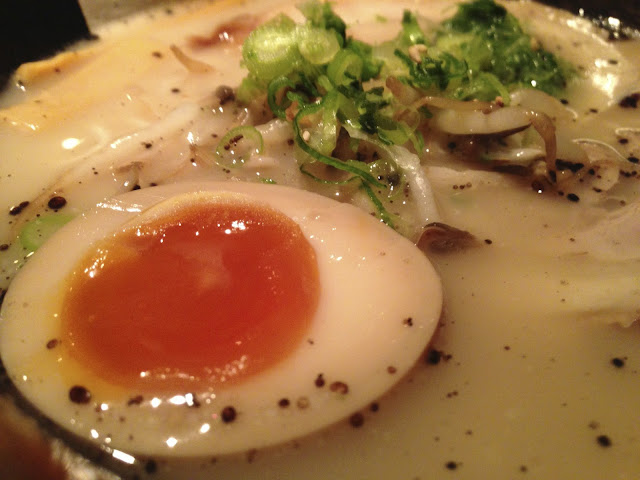 As we were only grabbing a quick bite, we didn't push the boat out. We stuck to a simple meal of a bowl of pork ramen each, and a portion of edemame beans to nosh on while we waited for the soup.

The beans were fresh and tasty, and came nicely presented with a dusting of Malden sea salt. We finished them off in about two minutes flat, and C in particular was a huge fan and commented on how fresh they were (and how good the salt was - oh dear).

As for the ramen, although we both agreed that it was a great meal, A couldn't see precisely what London's commentariat have been raving about. Sure, the ramen was tasty and the stock was good, but unlike some of the critics that A's been reading, it wasn't the best meal A's had in the last 12 months. One thing we will agree with, though, is that the marinated eggs are pretty damn good - there were coos of delight and wide eyes from both of us when tucking into them. 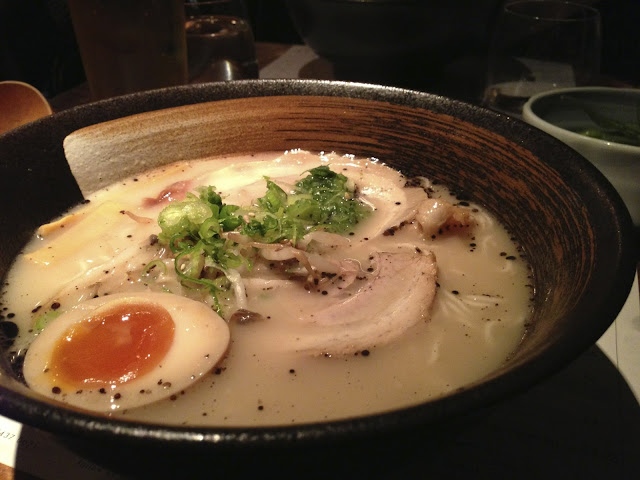 So, our verdict? By all means stop by: this is a great place to eat, and fairly affordable (though you can, of course, get much cheaper ramen elsewhere as it's got the predictable Soho price tag attached to it). You'll get a great, quick, tasty meal and leave feeling satisfied and contented.

Is it something that special, though? Perhaps not in our opinion: given the plethora of places to eat in Soho, don't bother queuing for Tonkotsu unless you're really in the mood for good ramen.
Labels: Asian Cafes Japanese London Restaurants Under £20pp