Staycation I - Baker and Spice - Chelsea

We were on "Staycation" in London over Christmas. Essentially, this is a holiday which you do without leaving home: Londoners are always so keen to run away from town that they never get to enjoy London itself. We decided that we'd buck the trend and stick around between Christmas and New Year but take time off work, eat out, visit exhibitions, make theatre trips and generally enjoy one of the world's great tourist destinations as tourists, all from the comfort of A's Docklands flat. 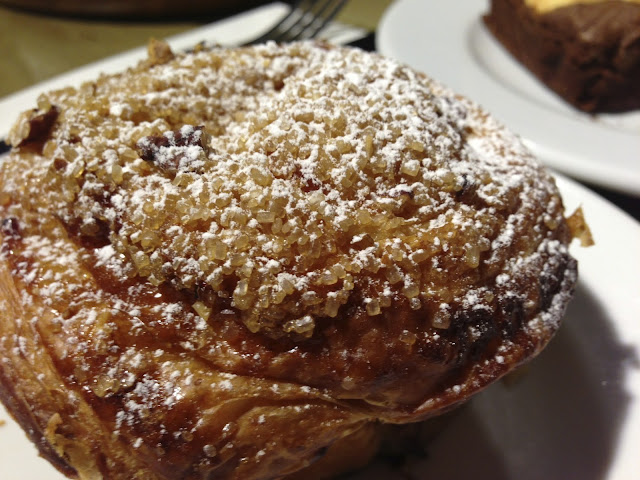 As part of this experience, we went to the Middle Eastern photography exhibition at V&A in South Kensington, and after we'd spent a couple of hours wandering around the museum, we headed off into the heart of Chelsea to the delicious Baker and Spice for a cup of tea and a cake.

Baker and Spice is what the French who inhabit the area would call a "traiteur" and café. You can get cakes, biscuits, salads and light bites, and eat it either at your own table, at a large communal one or take it away. We weren't that hungry so we confined ourselves to a snack, but the stuff in the chiller cabinets looked brilliant. 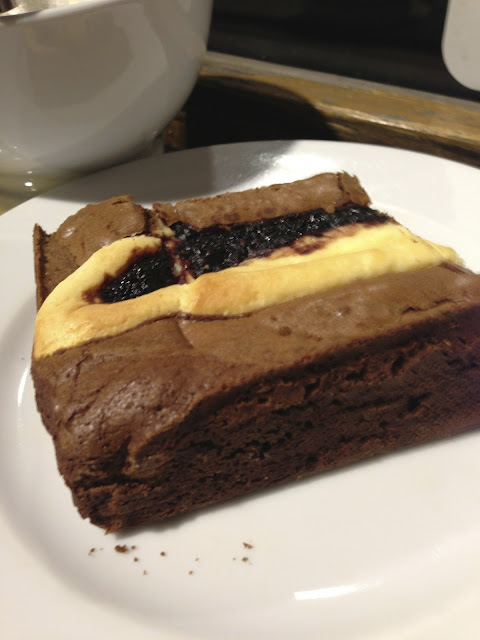 A opted for an apricot danish, which looked too good to eat. It had been made in a muffin tin or similar, and came in a perfect round, puffing outwards at the top. The pastry was light and buttery, shot through with fresh apricots and raisins and the top was dusted with caramelised brown sugar and icing sugar. In short, it was a little bit of food heaven.

C opted for the chocolate cheesecake brownie - about as calorie free as the name suggests - but was absolutely delicious. It was dense, gooey, creamy but not too sickly and was shot through with raspberry preserve as a contrast with all the chocolate and mascarpone. 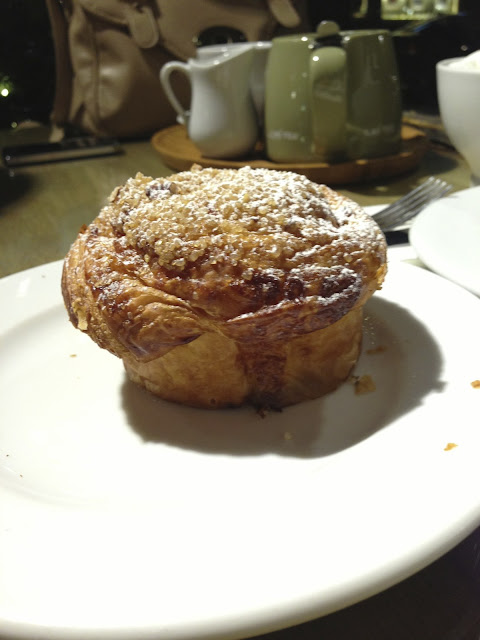 The pot of tea and americano passed muster, but were not the main event, so we're not going to spend too much time writing about them. 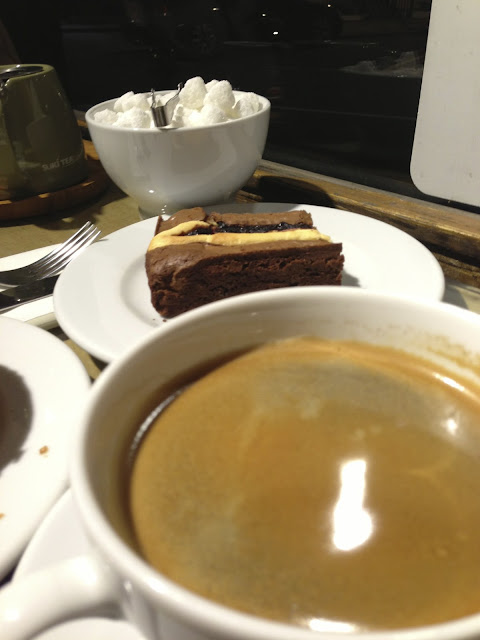 When we initially got a £13 bill for the above, we were a little shocked, but on reflection this wasn't so bad after all. We've done a spot of market research and come to the conclusion that you'd pay approximately the same at competitors, so we're OK with the price. In any event, given the price of real estate on the surrounding streets, we suspect the locals aren't that fussed about dropping this amount of wonga on a snack.

If you are in the area, do stop by for a cake.