It's no secret that Middle Eastern cuisine is our mutual favourite, and as such we're always after new and interesting places to eat the stuff around London. C in particular is a huge fan of Lebanese food, but it had been a fair while since we'd eaten it - since our 'romantic dinner date', in fact, dining off formica on the Edgware Road back in summer 2012. 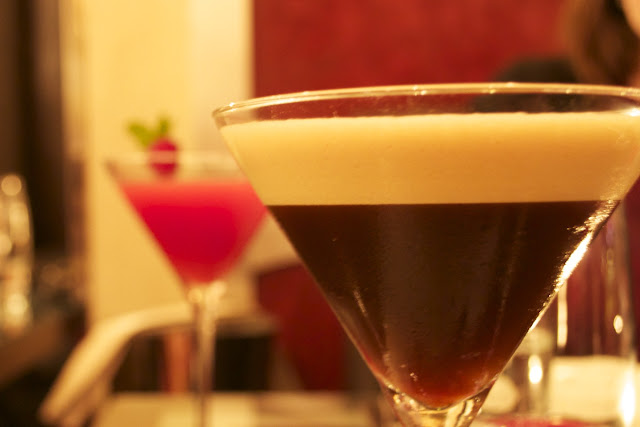 When we received an invitation to pop down to Knightsbridge's new Lebanese and Moroccan restaurant Mamounia Lounge, then, we jumped at the chance. A mix of the two cuisines on the menu looked sure to please both A and C, and our hopes were high for an altogether more romantic dining experience than our previous encounter with Lebanese food in London. 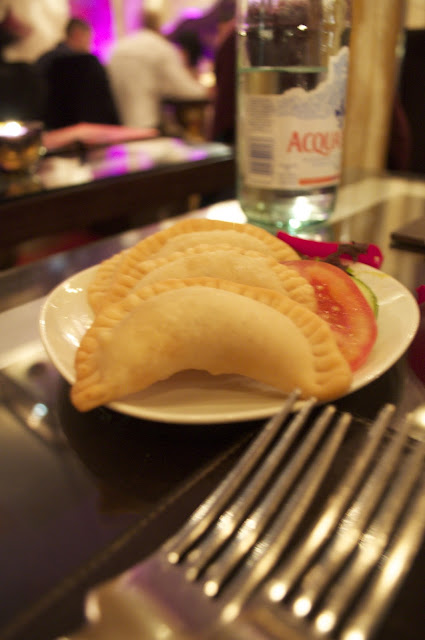 Looking more like a bar than a restaurant, Mamounia Lounge is just a stone's throw from Knightsbridge station and is rather opulent inside, with dark velvets, dimmed lighting and soft Middle Eastern music wafting around the place. There's an instant smell of tagines and meze mixed with nargile pipes and Moroccan mint tea when you enter, too - enticing enough to convince you that you're in a Middle Eastern joint that means business.

A predictably opted for the Moroccan part of the menu with his food choices: he started with a tasty Harira soup, a traditional vegetable soup with saffron, lentils, pepper, coriander and chickpeas and moved on to the aromatic and delicately spiced Lamb Kafta Tagine. It's fair to say he approved. 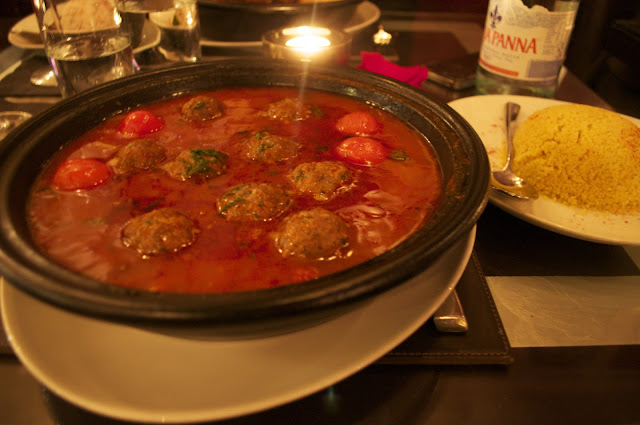 C, rather less predictably, was so impressed by the sight of a tagine arriving on a nearby table that she decided to leave Lebanon for Morocco for the evening with her main too, and went for the Tagine of Slow-Braised Lamb Shank. Served in a delicious tomato sauce with chickpeas, couscous and spices, the meat literally fell of the bone in smooth chunks and was cooked to absolute perfection. She was a very happy customer. 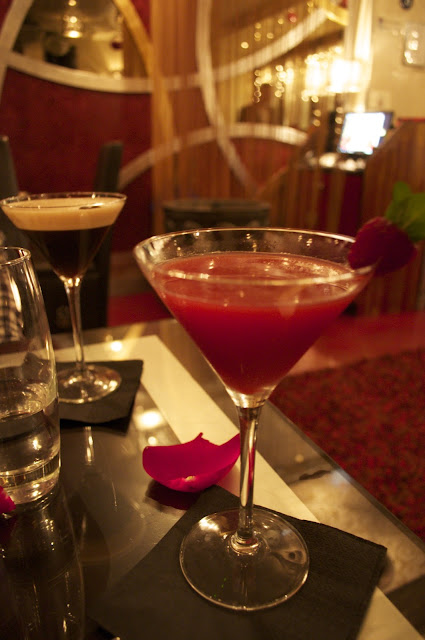 For a starter, though, C couldn't resist the Lebanese Sambousek Cheese - a triangle of crispy pastry filled with halloumi cheese, pine nuts and onion. Really, though, there was so much on the meze menu that she could have tried - the kibbeh, falafel and arayes also looked and sounded excellent.

Nothing if not predictable, A went for the baklava to finish and found the dish here to be a pleasingly good effort (he noted that they weren't quite as authentic as when you're in the Middle East itself, of course, but excellent for London). The call of chocolate drew C away from the Middle East for her dessert, and she opted for the Chocolate Fondant with Ice Cream - but it was tasty all the same: gooey, dark and oozing. 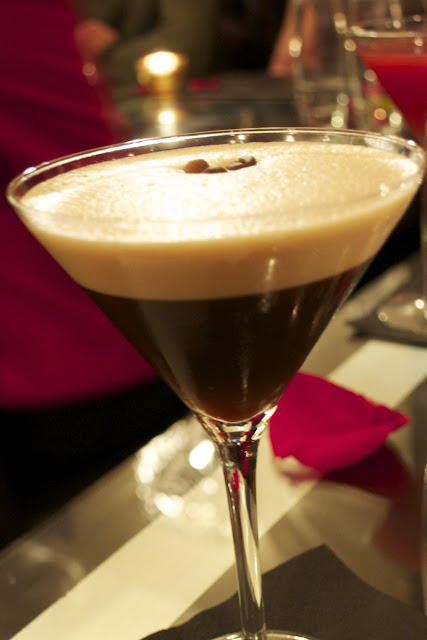 To wash this all down, we had two rather delicious and boozy cocktails (note that there's a separate raised bar here, too, serving a great selection of drinks and meze which we'd certainly recommend checking out). We also had some Moroccan mint tea, which was authentic and incredibly moreish - we spent a good while sipping and chatting, long into the evening. 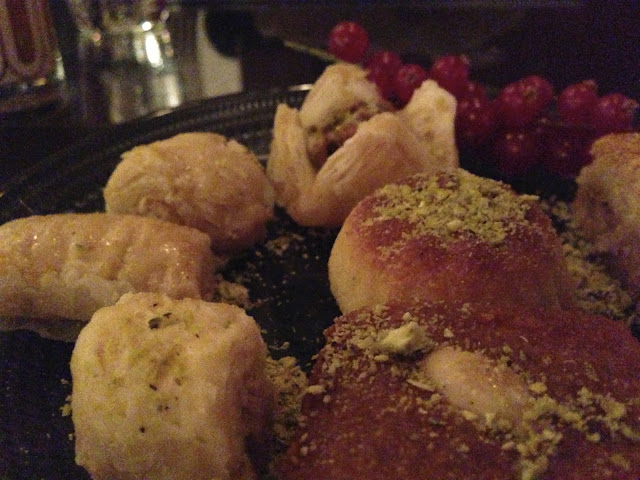 There's live entertainment here, too - A cringed a little when the belly dancer came out (he gets very British and embarrassed by these things), but C thought she was brilliant. All in all, Mamounia Lounge is well worth a visit for good Lebanese food in Knightsbridge 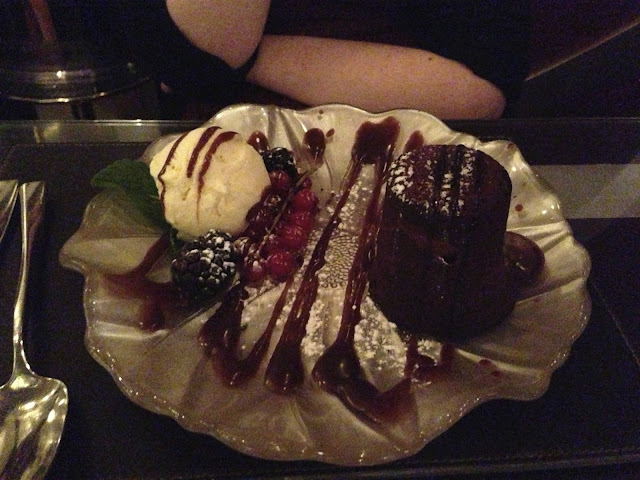