We've both been on a bit of a health kick since New Year's Day: after an excess of booze and roast dinners in December, our bodies, souls and bank balances have been in need of some repair, so we've been turning to tried and and tested detox recipes and money-saving ways to feed ourselves on weeknights. Part of the process is, almost inevitably, vegetable soup. A rustled up a batch for himself last week, but had so much that he enlisted the help of C and N to assist in polishing it off, and the two gratefully obliged.

While we showcase a lot of recipes on the blog, this time A didn't follow anything from a book. Rather taking things into his own hands, A had a bash at making something on the back of what he could find in the supermarket on the day. 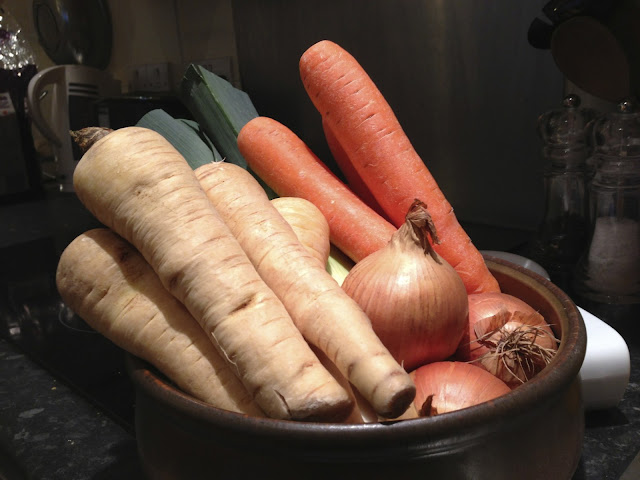 A came back from a local supermarket armed with a bag of oddly sized budget parsnips, a few loose carrots, a couple of leeks and an onion. There was no particular magic to choosing these vegetables; they just happened to be plentiful, fresh and in stock. Depending on the season, you could also use squash, pumpkin, fresh peas, watercress, or anything else that takes your fancy. The vegetables were chopped into large chunks and lobbed into a saucepan with a couple of litres of water and a chicken stock cube, brought to the boil and simmered for about 25 minutes until soft. Once the vegetables were done, A got out the hand blender and blitzed until smooth. 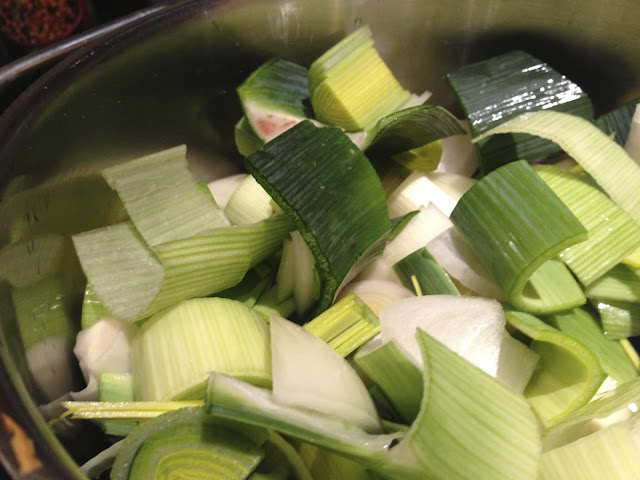 A also picked up a bag of country vegetable soup mix from Sainsbury's, which proved a real godsend. These bags contain a mixture of different varieties of pea, bean, lentil and some barley for good measure. About 100g of dry mix were left to soak overnight before being placed in a separate saucepan, boiled hard for about 10 minutes and then turned down to a low setting to simmer for a further 40 minutes until they too were soft. Then the water was thrown off and the pulses added to the vegetable soup. As the beans looked rather sparse, A also chucked in a can of drained and rinsed black eyed peas for a bit of extra bulk. The results were then seasoned with a bit of salt, pepper and a sprinkle of chili flakes - one of A's favourites, as mild dried chili flakes can work as a flavour enhancer when used sparingly. 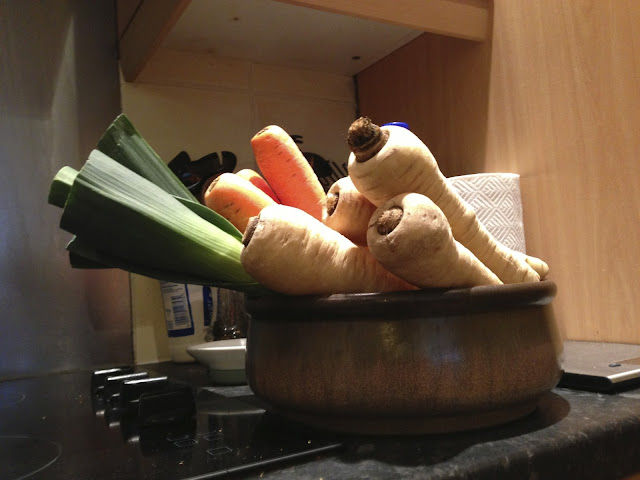 The result was quite pleasing for a bit of improvised cooking. Despite the slightly off-putting deep green colour of the liquid, it tasted great: the parsnips gave the soup a slightly sweet tang which complemented the flavours of the other vegetables rather well. The addition of the chili gave the soup a little bit of punch - perfect for a warm winter's evening - and the pulses made it feel like a real meal, rather than a glorified starter. 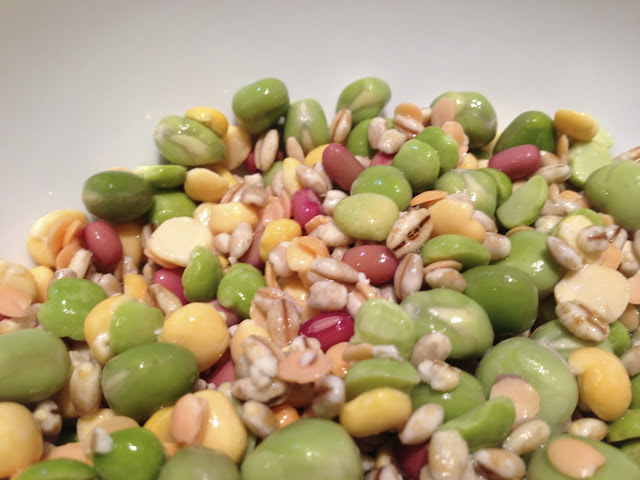 A had set out looking to make a batch to last him a couple of days, but it rapidly became apparent that he'd made rather too much, hence the enlistment of C and N to help finish it off over the course of several days. In the end, the vegetables A purchased produced about 12 portions of soup. Excepting from the stock cube, which was already in the cupboard, the ingredients cost A no more than about £4 and three quarters of the mixed dried pulses remain to be used in further batches of coup. That's ludicrously cheap when worked out per portion. For a delicious, nutritious, budget-friendly frugal supper which can be made in advance and can even be frozen, you could do a lot worse than this. 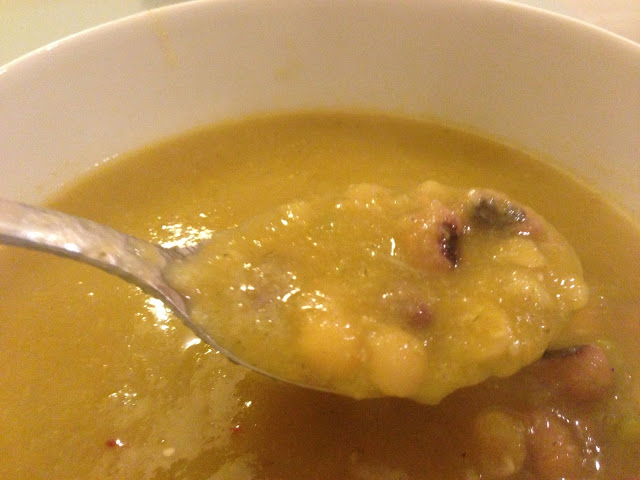