As we've mentioned in other blog posts, A's brother K is quite the foodie, and alongside the scrumptious cream tea and brunch, K also put on a second (yes, a second!) brunch for A and C while we were up in Leeds. While the first one was more of a continental lunch affair, this brunch was about as British as they come.
K put on a full-on fry up with bacon, sausages, tomatoes hash browns, beans and toast. The meat, in particular had been very carefully selected. J's father has been a pretty senior bod at two major UK supermarkets in his time and we understand that at some point during his career working for these supermarkets he ended up learning quite a lot about how to preserve pork. This knowledge has been imparted to J and also to K. K in particular now insists on buying dry-cured bacon only; normal bacon, apparently, is often injected with brine in order to preserve it, which is why you sometimes get the white foam on normal bacon when you fry it (every day's a school day!).
While we jest, the difference in quality is palpable. A usually gets his bacon from Waitrose, but has thus far restricted himself to the "essentials" range, which does produce white foam when you fry. K's offering however came out of the oven (he grilled it) so crispy that each rasher made quite a loud snapping sound when pressure was applied with a knife. The flavour too was rather better than the proletarian stuff that A and C partake of on a regular basis.
K is also quite particular about his bangers. K insists on sourcing sausages which are neither too fatty, nor too dry, all while not breaking the bank. We are not sure where K sourced is sausages from, but they did manage to fulfil this quite demanding list of requirements; they were tasty too! 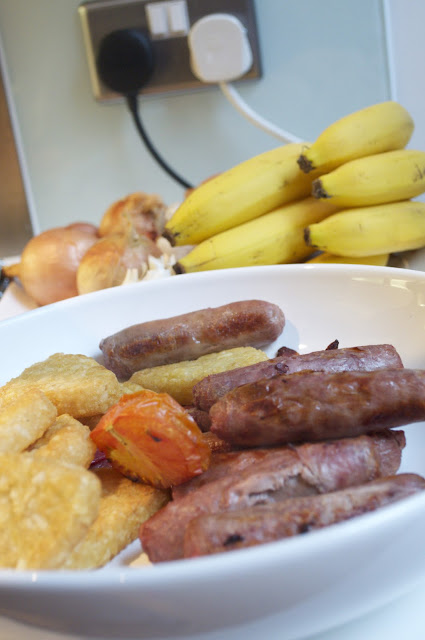 As ever, it's always a pleasure to see some of the classics accompany a fry up. Hash browns in particular are a very welcome addition to a breakfast of this ilk, but not one that A and C would usually serve up. To have some was therefore particularly pleasing. 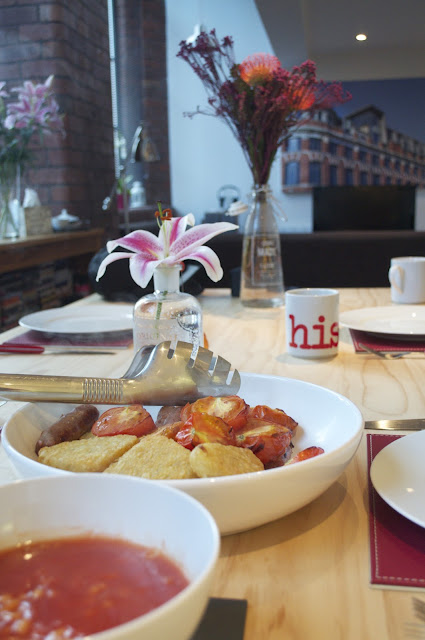 Once again, we'd like to thank K and J for their hospitality. 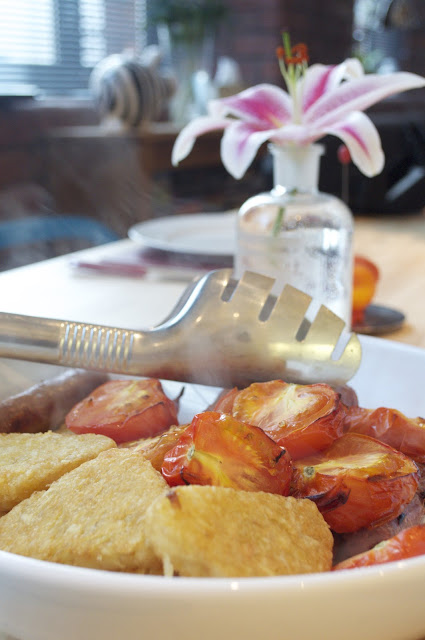