Skip to main content
Labels
Posted by A November 19, 2012

The Aagrah: A Leeds Curry Institution

There is little doubt that A and C are both full-on Londoners - both are born and bred inside the M25 - but A does have significant ties to the North: A's father J hails from God's Own County and still has most of his family in Yorkshire. What's more, A's brother K moved away from London to work as a doctor in Leeds. With so much of the family now in the area, A and C recently took a day off and spent a long weekend visting K, K's girlfriend (another J), and A's grandparents, R and S. 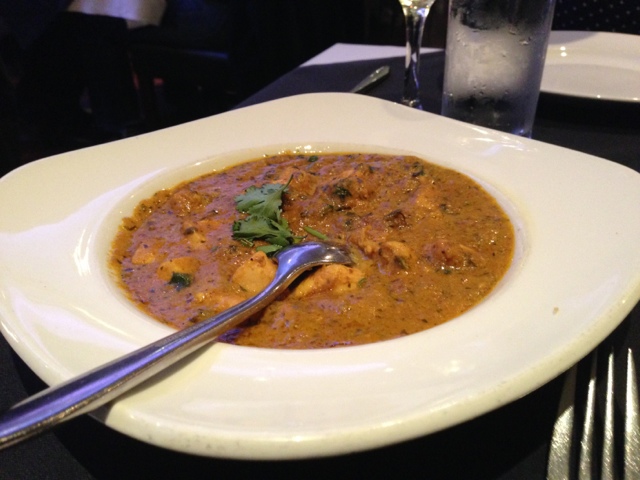 One of the places that A loves to come when he's in the area is The Aagrah - a Leeds institution with branches all over West Yorkshire. Set up by an Indian immigrant who according to A's grandfather came to Leeds to drive the metropolitan buses, the restaurant has grown into a successful local chain. Still very much a family affair, a relative runs each branch; if you're a regular like A's grandparents, you're even likely to be greeted by name by one of the owner's sons. This impressed A and C: we're so used to the anonymity of London that we'd forgotten that even in mid-sized cities you get a level of personal service not usually found in the capital.

K and J's flat is just outside the city centre so it most sense to hit the St Peter's Square branch (though usually the family frequents the one in Chapel Allerton as it's closer to R and S). The location, just by the West Yorkshire Playhouse and the bus station, makes it handy to get to from more or less anywhere in the city.

As ever, the Aagrah came up trumps. The poppadoms were lovely and crisp, and came with a variety of sauces: the usual mint raita, mango chutney and hot relish, but also a wonderful sweet onion offering, reminiscent of the secret recipe of the onion chutney served up at that other curry institution, the Shish Mahal in Glasgow (A might have had a few curries over the years). Sweet, a little spicy and incredibly moreish, this stuff makes a perfect start to the Aagrah curry experience. 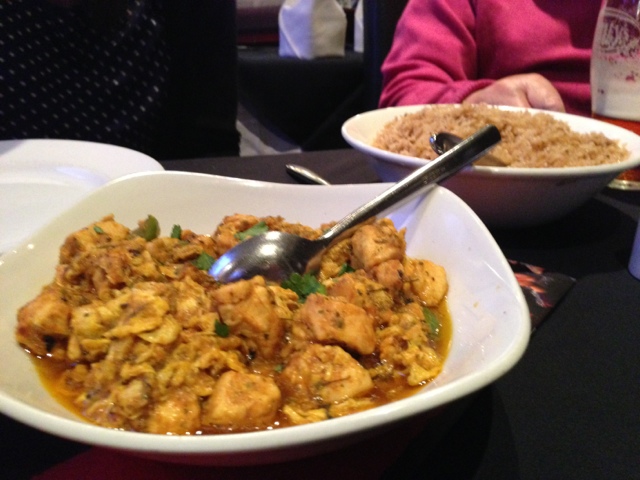 We also had a variety of starters but highlights included the vegetable pakora, samosas and curried chicken livers. The former two were perfectly crunchy on the outside, but the vegetables inside were by no means overdone, and were wonderfully aromatic. Likewise, the chicken livers came out looking immaculate, and went down very well, with R and S happily wolfing them down between them. 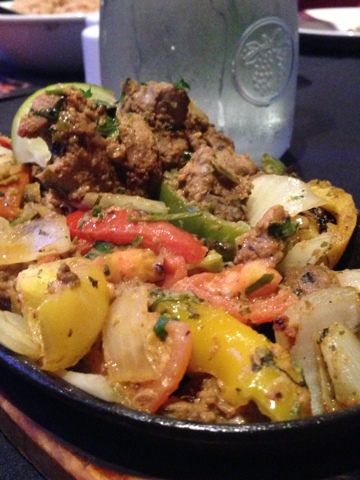 Between the four diners, we also went through several curries, all of which were excellent. The one that was really worth writing home about though was S's one. This came served up on a sizzling hot plate, with the sauce in a bowl on the side. S made serious headway with it, though was eventually beaten by the Aagrah's humungous portion sizes, and A was called on to finish it off. This he did with gusto, but even he was beaten by the portion size. As with everything else, the balance of flavours in the curry was excellent. 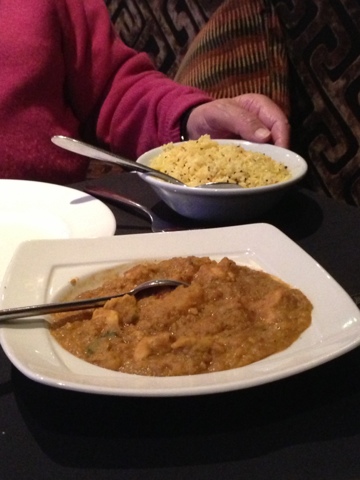 If ever you are in Leeds, Bradford, Wakefield or around, you can do a lot better than turn to the Aagrah for a curry. Given the large Asian community in the Leeds-Bradford area, people know a good curry when they see one, and the Aagrah faces some pretty stiff competition.  However, the place is enduringly popular with locals for good reasons: the flavours are excellent, the portions mighty, and the prices reasonable. Overall, it's a combinations which keep local punters - and some more exotic ones - coming back time after time.

Watch this space for more curry adventures as A ventures to Manchester to test Akbar's - a legendary Manchester curry house - out in December. We'll follow that up with a Whitechapel legend (Tayyabs or the Lahore Curry House) in the new year too.
Labels: Asian Dinner Further Afield Indian Under £30pp