When A and C decided upon a 'children's party' theme for A's recent birthday celebrations (as mentioned in our recent post), both set about pondering what to bake. Alongside old favourites (yoghurt cake, and the like) and tea party classics (cucumber sandwiches, jelly and ice cream), both also decided that anything with rice krispies in epitomises children's party food.

While we both proposed stepping away from the standard chocolate-covered rice krispie cakes that we'd enjoyed in our childhood, there was a bit of a debate in what we should do instead: A demanded Toffee and Marshmallow Squares, while C was adamant that Mars Bar Slices were the way to go. A & C are both extremely stubborn people (ahem), and such was the stand-off between the two that there was only one answer: make both, and have a rice krispie bake-off. 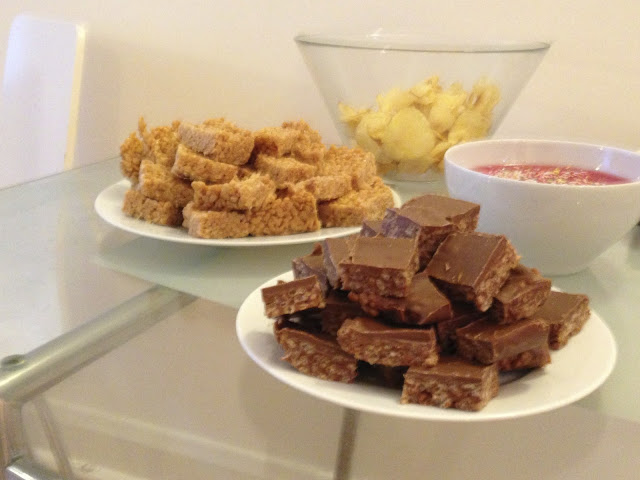 We're pleased to say both were raging successes; you can read about A's Toffee and Marshmallow Squares here, but C is going to indulge herself by talking about her Mars Bar Slices here.

C first discovered Mars Bar Slices while at university; they were sold daily in a small café in the Humanities block next to her lecture theatres, and 'a cup of tea and a Mars slice' turned into a dangerously unhealthy habit. She loves them, but they're so hard to find anywhere these days; probably because they're ridiculously bad for you, but so good in small doses.

Gooey, sticky and almost sinfully delicious, the rice krispies are coated in melted mars bars and golden syrup (imagine that - mmm) and then topped with a layer of melted chocolate, also mixed with chunks of mars bar. Delicious. 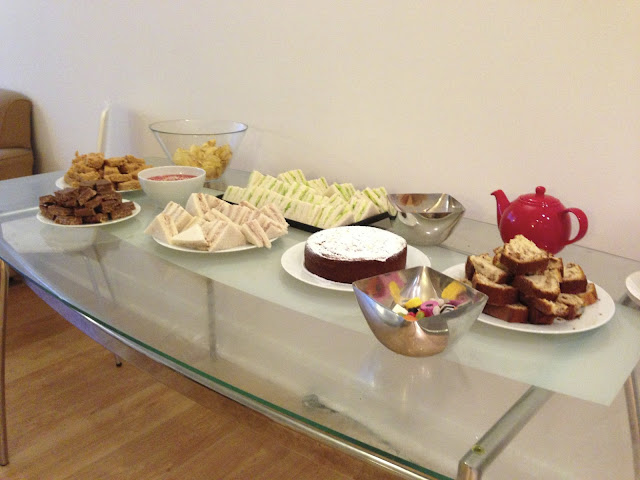 Without further ado then, here's the recipe - thoroughly recommended:

Ingredients
A note here: this will make 20-25 fairly thin slices, so if you want them a little thicker or want bigger portions, we suggest doubling the ingredients.