Skip to main content
Labels
Posted by A November 07, 2012

And now for something at completely the other end of the scale from the Duck and Waffle as A and C turn attention from trendy, high-end establishments and focus on cheap eats. Bao, Chinese dumplings, are one of A's absolute favourite snacks and about Soho's cheapest possible lunch. A has been getting these for ages from a little stall in Chinatown round the back of Leicester square station. It's cheerful, it's quick, and the dumplings that are served up there are not to be sniffed at. 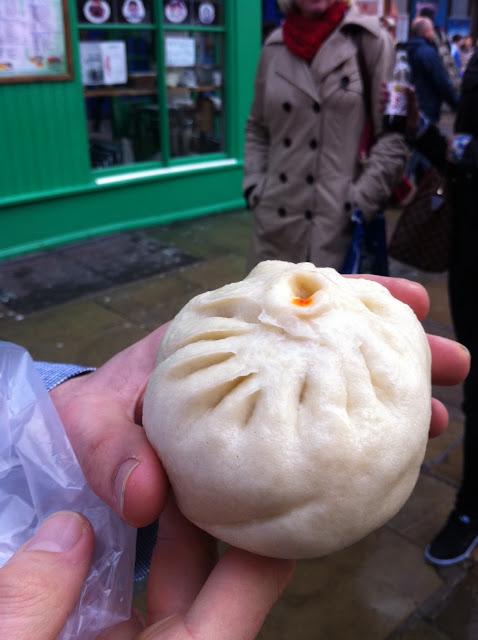 Bao come in a variety of different shapes and sizes and come filled with all sorts of interesting things: chicken, pork, beans, chinese chives and lots more besides. A's favourites though are the ones pictured: steamed buns about the size of your fist and made of soft dough, surrounding a ball of meat. They are probably dreadful for you, but what they lack in nutritional value they more than make up for in flavour: each is a blob of MSG and umami heaven. 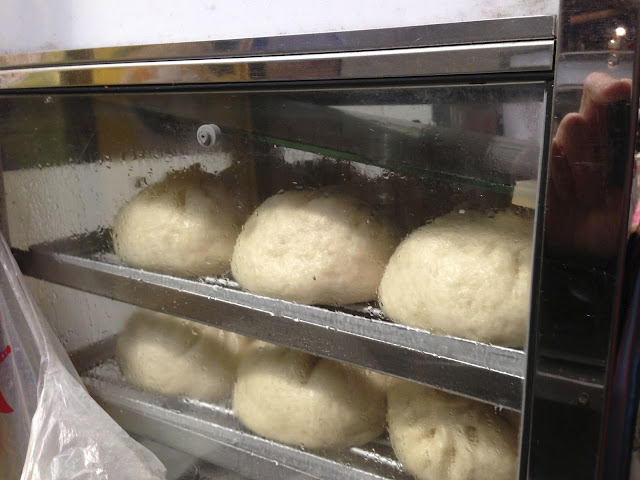 If you can, locate the stall around the back of Leicester square station on Newport Place. There's one place right opposite the Chinese gazebo, but there is another (and better) one on a little back alley, attached to a Chinese supermarket opposite a restaurant called Jen. It's not elegant - in fact this is street food at its most gritty - but the bao are truly delicious and come in at £1.30 for the veggie options or an extravagant £1.70 for a meaty one. Given that two make a full meal, this has to be amongst the cheapest fast food in London and certainly the quickest. 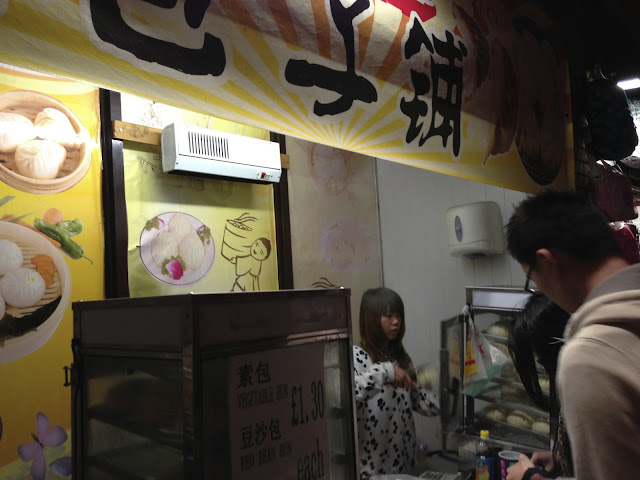 The only shame about these places is that they are not open super late. You have to get them as an early supper or a lunch, rather than as a midnight snack on your way out of the clubs. That's OK though, if you're hell-bent on a massive bender on Leicester Square, you can have these before to soak up the booze!