Baked camembert - is there actually anything more enjoyable to eat? C has spent some time pondering this question (yes, really) and can only come up with a handful of things she likes as much as this. For the uninitiated, camembert is wonderfully gooey, soft, runny cheese which is just perfect baked in the oven until the top puffs up a little and starts oozing. Particularly good infused with rosemary, it's perfect served up with fresh crusty bread - and what could be more French than authentic, homemade garlic bread? Mmm.

With this in mind, here's C's little guide to how to make delicious baked camembert and garlic bread. Trust us, it's worth having a go...

First things first: select your camembert. It's not the cheapest cheese and is likely to set you back a few quid, but it's not horrendously expensive either and is generally easy to come across in supermarkets. In C's opinion, Coeur de Lion from near Le Mont St Michel in Normandy is always a good bet (although the best camembert is usually found at farmer's markets and specialist cheese shops rather than large stores, of course).

As mentioned, Camembert is best served baked in the oven and extremely gooey; before you put it in, though, grab a handful of fresh rosemary and a garlic clove. While the oven is heating up (200c/Gas Mark 6), unwrap the camembert from the plastic and place it back in its wooden box. Next, take a garlic clove and run it over the top of the camembert to give it a little hint of garlic. Finally, make several small incisions on top of the camembert and place sprigs of rosemary in each little hole. If you're feeling especially naughty (!), now is the time to drizzle olive oil over the cheese too (C refrained from this level of decadence this time though!). 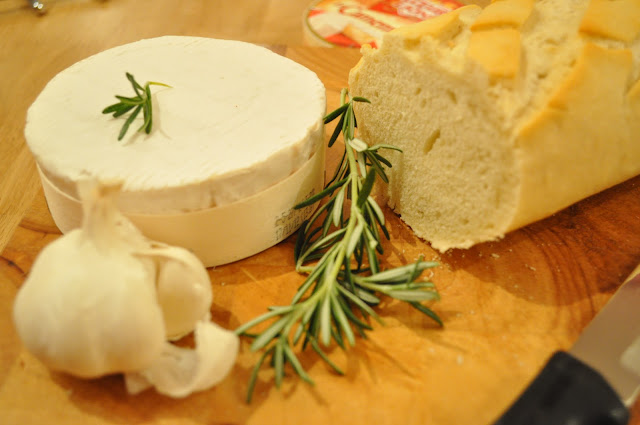 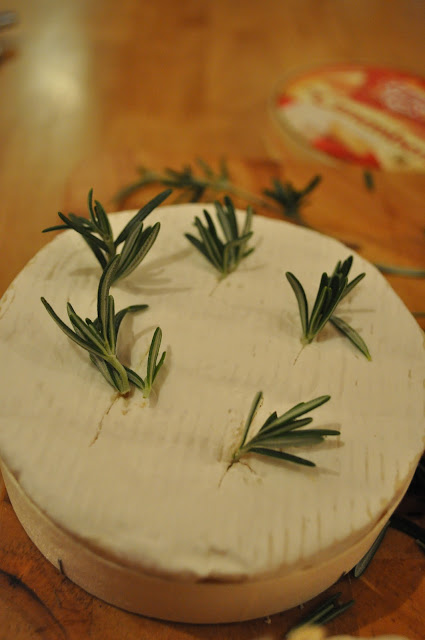 And now for the garlic bread! Camembert can be served with crudités or any good crusty bread - but it's nicest (in C's opinion) served with homemade garlic bread.
If you haven't made garlic bread before, it's really super easy. C has to admit that she cheated this time and didn't make the bread herself, but the filling is from scratch and is super easy. For half a garlic bread loaf, all you need is around 25g of butter, a good helping of parsley and a couple of garlic cloves.

First, leave some butter out of the fridge for a while until it's soft and melty. Next, crush a garlic clove and stir in, along with about half a tablespoon of parsley. Note: if you use one garlic clove, it comes out not quite garlic-y enough for C's tastes, but two and it's overkill, so C always puts in about one and a half. 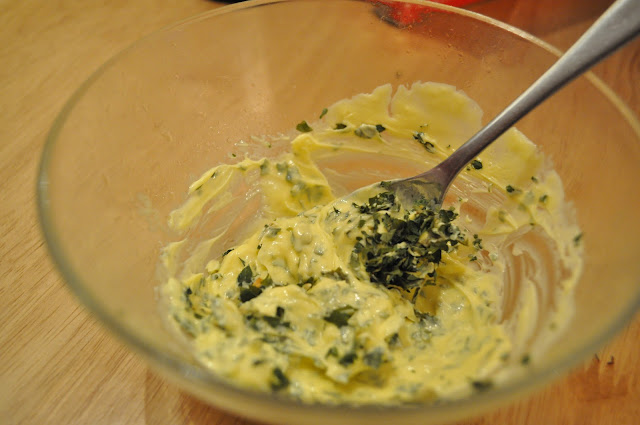 Make incisions in the bread - just like you're slicing it, but be careful not to cut all the way through - and carefully smear the herby garlic butter mixture between each slice. Wrap in foil, pop into the oven and bake for ten minutes, then open up the foil and cook for another five minutes until the top browns nicely. 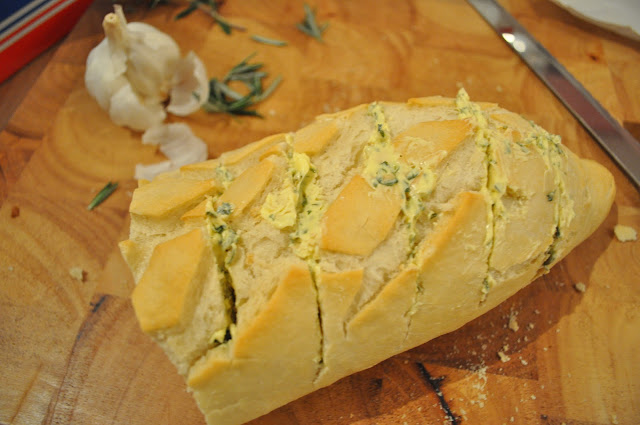 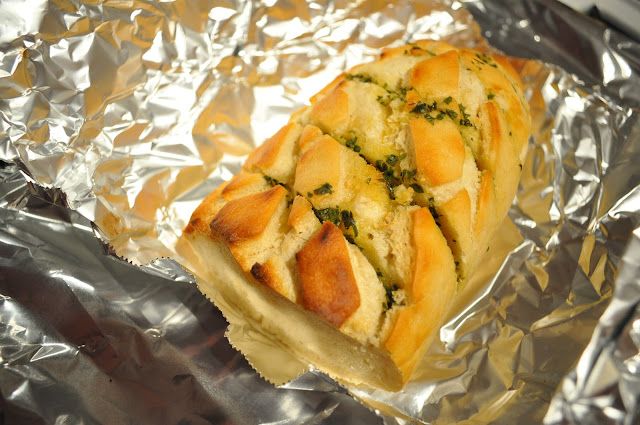 Get the bread out of the oven, cut open and serve - it'll be all soft, gooey and delicious. As will be the camembert - remove the rosemary, prod the top with a fork to peel back some of the rind and reveal the soft melted cheese underneath. Mmm! Food Heaven. 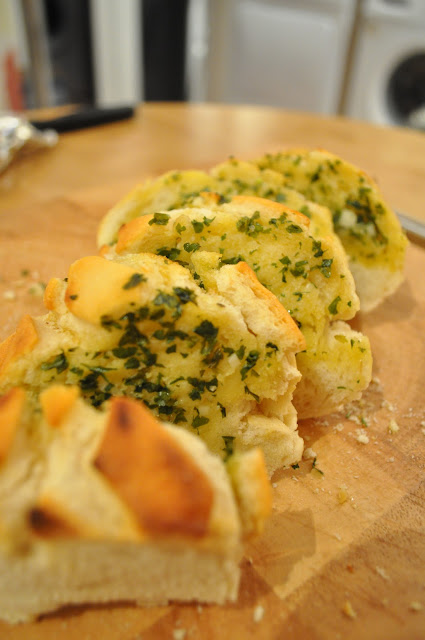 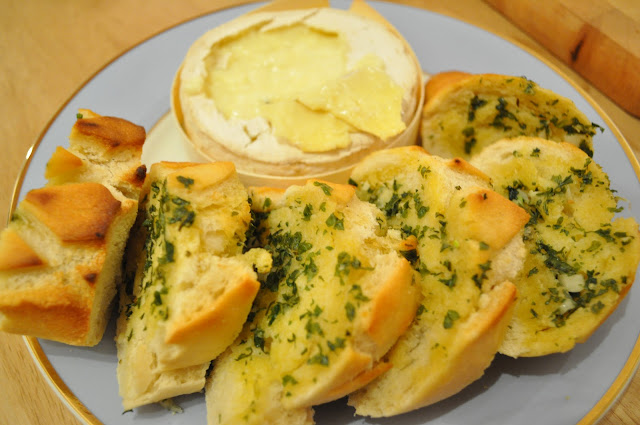