You do Get Good Stuff in the Provinces (Part II) 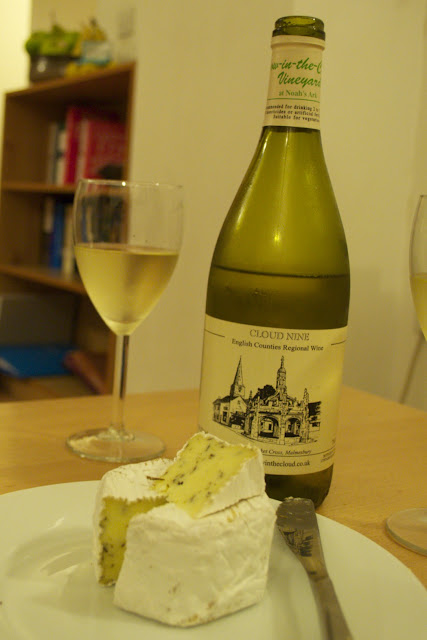 As mentioned in a previous post, A ventured out of London and into the Gloucestershire countryside recently for the weekend (an impressive feat for someone who thinks anywhere south of the M25 is France and anywhere west the Atlantic Ocean). Overcoming his London city boy preconceptions, A found himself completely charmed by the West Country - helped, he confessed, by his discovery of an award-winning farmer's market in the town where he stayed.

A was charmed by the food and wine on offer that he decided to bring C back some highlights to sample herself: she was very kindly gifted with a bottle of English counties regional wine and some herb-infused Wiltshire brie. (There was originally talk of some home-baked cookies for C too, but A - with his well-concealed but voracious sweet tooth - failed to mention these again, leading C to the assumption that they were scoffed on the journey back...)

After an uninspired but pleasant meal at a chain the other night, then, we came home for a cheese and wine-themed dessert courtesy of the West Country. C took the chance to mess around with macro lenses and mood lighting and took a few pics - the brie lent itself particularly well to this style of photography, although it didn't look this perfectly complete for too long once she'd had a first try! 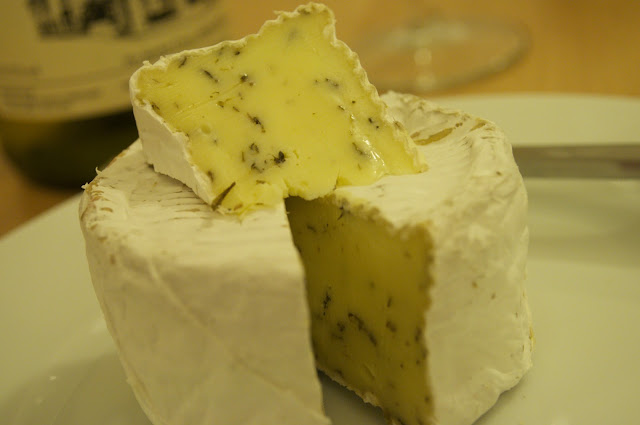 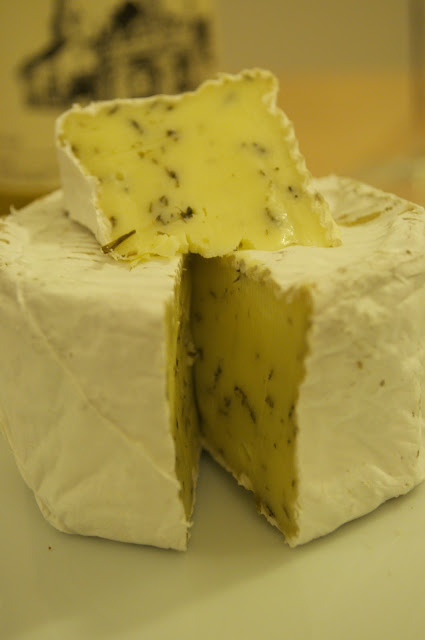 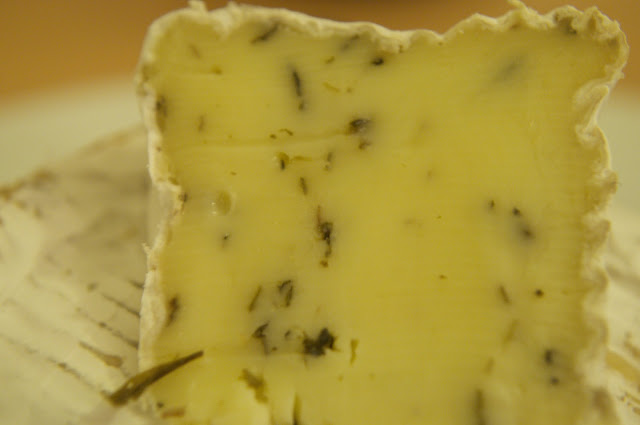 With her cheese addiction sated for another week (or, more realistically, day), C decided that the cheese and wine were both too good not to write a few words about. With all the creaminess, soft texture and hard rind that a brie should have, the added flavours of the herbs infused throughout was incredibly moreish.

The wine was also very palatable; fairly dry and with a bit of a tang, it had an almost musty aftertaste - which was a lot more appealing than it sounds. Albeit not the best bottle of wine that A and C had ever tasted, it was imminently drinkable and very enjoyable - especially accompanied with the herb-infused brie. C, who much to A's despair always factors the design of wine bottles' labels into her overall judgement, was also particularly pleased with this offering, featuring a sketch of the market cross at Malmesbury: 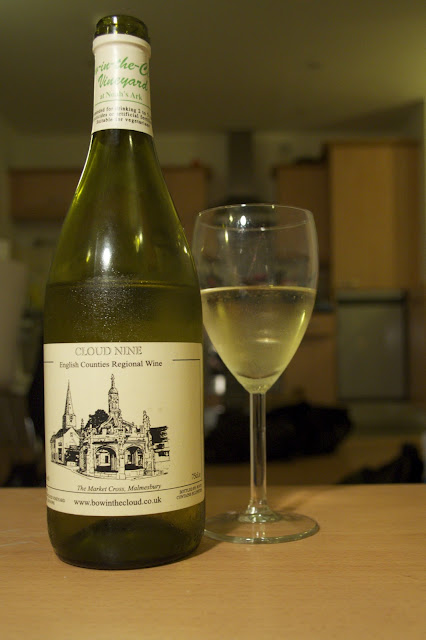 All in all, both gifts provided A and C with a very pleasant cheese and wine evening, and a refreshing twist on the more standard bries and white wines you'll usually find here in London. You do get good stuff in the provinces, after all...
Labels: Cheese Other Eats Wine